The Atari 800 version of David Crane‘s Ghostbusters is almost as good as the C64 original. It has excellent digitised speech; the obligatory chiptunes rendition of Ray Parker Jr.‘s hit single, and the game is nice, smooth, and non-flickery to play.

The aim is simple: to make more money than you started out with, while catching ghosts in New York City.

One thing I did notice about the Atari 800 version was that actually catching the ghosts in the traps is not as easy as in most of the other versions. In fact: you’re likely to miss most of the time, unless you manage to push the ghost (with your twin beams) into the perfect spot to catch it.

I like the Atari 800 version of Ghostbusters, though. I’d put it second only to the Commodore 64 version, and only second because the C64 version has better music courtesy of SID, and better graphics. Otherwise: this is a solid conversion of an ageing classic that is more than thirty years old now. 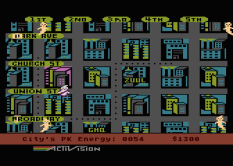 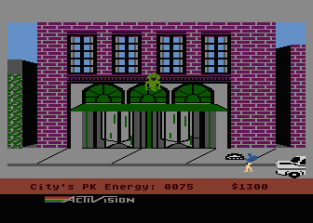 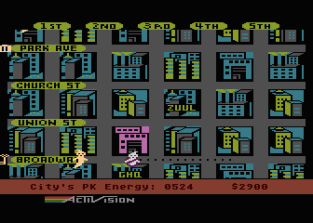 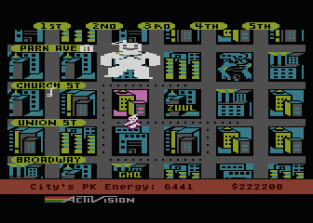 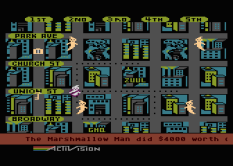 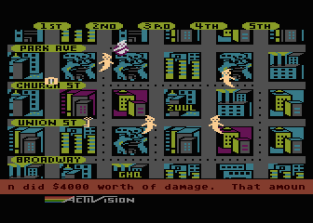 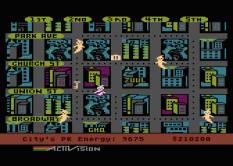 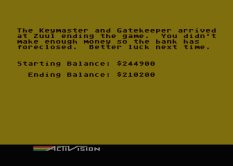