Rolling Thunder 2 continues on from the classic Rolling Thunder: it’s secret agent “Albatross” against the sinister agents of “Geldra”, except this time you can play the game as the rescued Leila (from the first game) from the outset. Or, you can play two-player cooperatively with a friend, which you definitely couldn’t do in the original.

Playing Rolling Thunder 2 simultaneously with a friend is a blast, and the single-player game isn’t too bad either. The game doesn’t quite have the exceptional ‘feel’ of the original, though. Nor the same graphical style. It’s faster than the first game, but the character animation isn’t quite so good as seen previously. The colour scheme is also a bit ‘bright’ in places. It’s a pity Namco‘s developers didn’t go for a more subtle look, but it is what it is.

That said: Rolling Thunder 2 is still great fun to play – especially two-player. The time limits are quite harsh although they are designed to encourage players to put more coins into the machine, because you can continue where you left off if you have credits in. So playing it through in MAME shouldn’t be too difficult.

Rolling Thunder 2 is a decent sequel to a great arcade classic, and it’s good to see a female lead available to play alongside the usual all-male hero.

A third Rolling Thunder game was released for the Sega Megadrive in 1993. 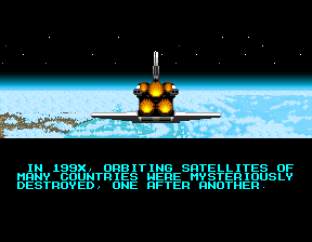 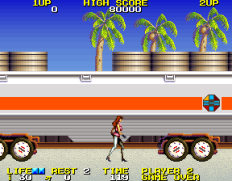 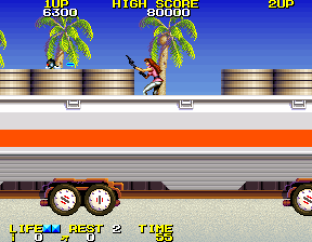 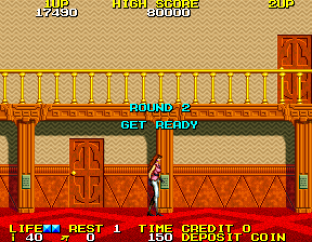 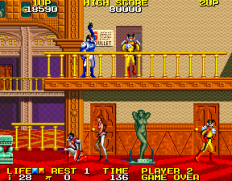