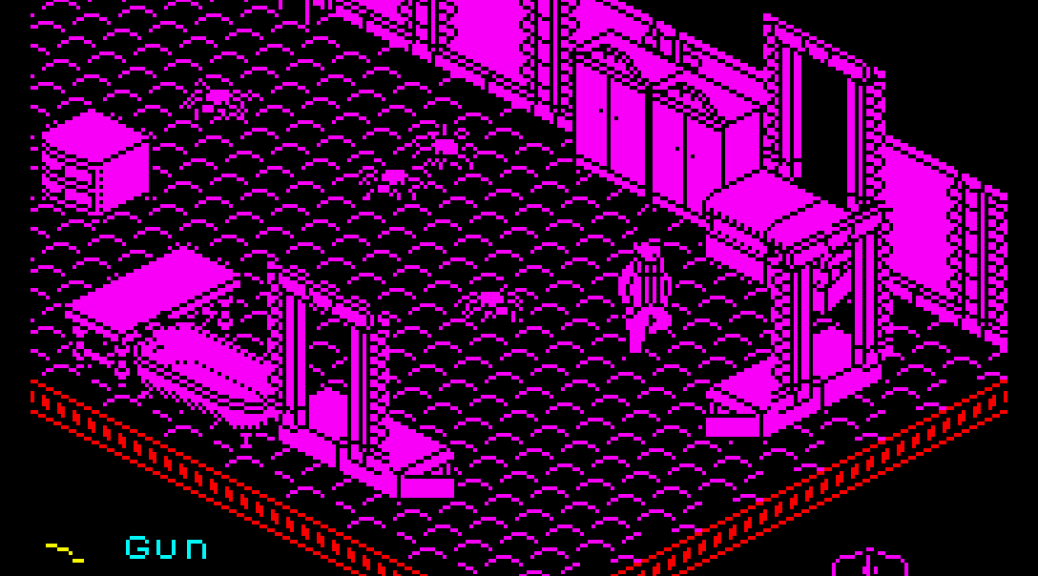 By 1986 the ZX Spectrum was awash with isometric action/adventures games. After the success of Ultimate Play The Game‘s Knight Lore, everyone was trying to make and release them.

Looking back now I would have to say that many of the so-called “clones” were actually very good, although few were outstanding. Piranha‘s Nosferatu the Vampyre was one of the outstanding ones, it having been created by Spectrum veteran game design team Design Design, and it also being an interesting take on the classic tale of vampirism written by Bram Stoker (actually this game being based on the 1979 film starring Klaus Kinski).

The game consists of three different stages and in each stage the player takes the role of a different character. Jonathan Harker in the first stage; vampire-hunter Van Helsing in the second stage, and Lucy Harker in the third stage.

The game has some excellent isometric graphics but is quite slow. The continuous tune is annoying too (but can be turned off). Figuring out what to do is not easy. If lost, consult a walkthrough.

More: Nosferatu the Vampyre on Wikipedia 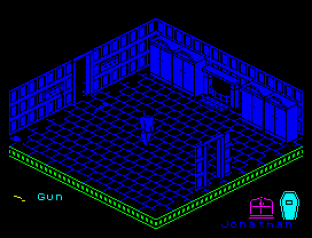 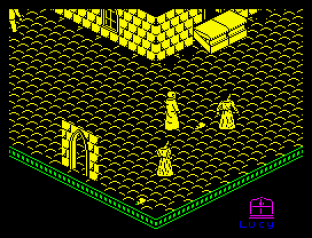 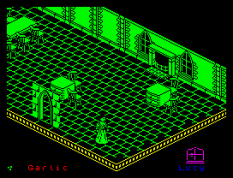