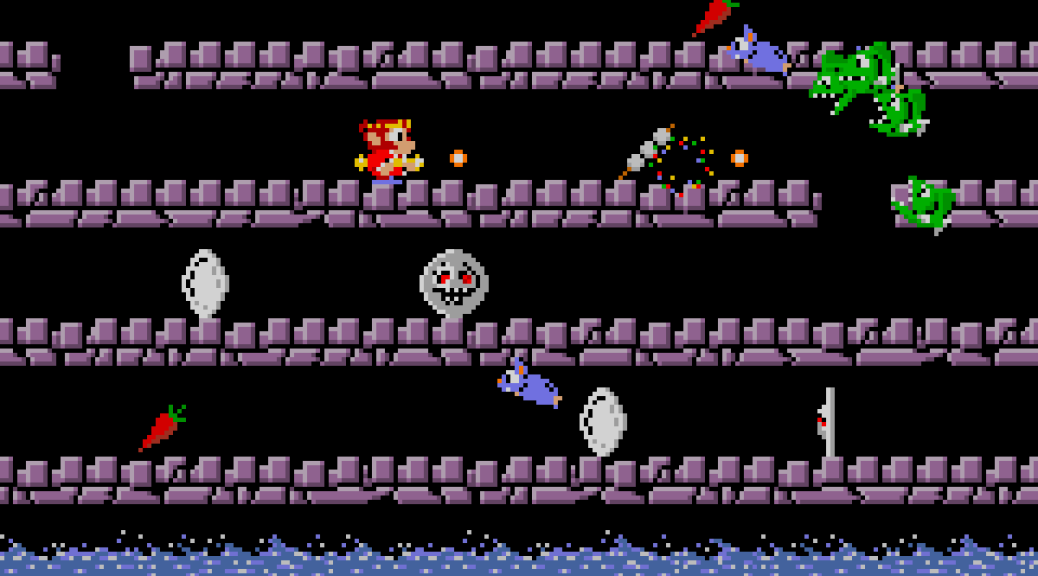 SonSon is a scrolling platform shooter created by Capcom and distributed into arcades in 1984. It is loosely based on the Chinese “Monkey King” story from the novel Journey to the West. SonSon can be played single-player, or two player simultaneous co-op.

The gameplay is very simple: player one controls a monkey boy (SonSon), and player two controls a pig (TonTon), both of whom can jump up and down between six horizontal platforms and who can move and shoot left and right. The platforms sometimes have gaps in them, which make you fall down a level if you walk over them.

Waves of enemies appear from the right and will jump up and down, and move left and right, to try to catch you. Some will even throw projectiles at you, and others move in different set patterns (like the bats, which move in circular patterns, and dragonflies, which move both horizontally and diagonally).

The screen scrolls continuously most of time; sometimes stopping to present you with a challenge at a castle-type location where you have to deal with a row of larger enemies that throw bombs at you.

The aim of the game is to avoid contact with enemies, shoot as many of them as possible, and also pick up food items for bonus points. SonSon is basically a points-scoring exercise that requires good timing, reasonably quick reactions, and a bit of luck on the higher levels. It starts off very easy, then grows in difficulty as the platforms change colour, and multiple waves of enemies are thrown at you.

Clearing an entire wave of enemies will award you with a points bonus, and other bonus score items (that appear on blue signs) are valued based on the number of smaller items you’ve picked-up to that point, so SonSon‘s scoring system does have a bit more to it than meets the eye. Once you’ve worked this out the challenge becomes to maximise your scoring by actually playing for it.

Collecting bonus score items will eventually make a “POW” item appear, which will turn an entire wave of enemies into carrots, which score highly when picked-up. You have to time this right, but POW-ing an entire wave of enemies (and being dexterous enough to collect them all), will net you a minimum of 6,000 points. There are also hidden bamboo shoots to find and collect too, and these also score relatively highly.

The only downside is the game’s occasional insistence on re-spawning you in the middle of a bunch of enemies, which usually results in the immediate loss of another life. Which is frustrating, but there’s little you can do about it other than to try to immediately jump out of the way. The controls are responsive enough to save you from time to time (but not always).

The graphics and music are jolly, and the gameplay is simple but absorbing. SonSon might be too simple for some tastes, but others might enjoy the somewhat addictive gameplay and the hidden depth in the scoring mechanics. The two-player co-op is fun and will appeal to both adults and children alike. In fact: if you have two young children, SonSon is definitely a game that might keep them quiet for a few hours, as they play together and compete to get the highest score. 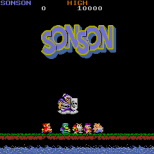 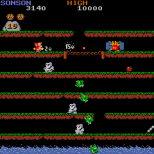 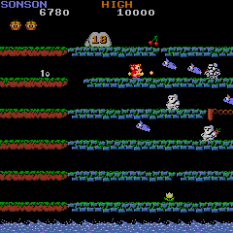 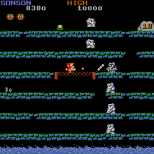 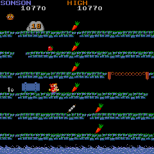 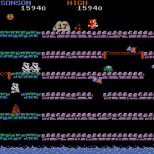 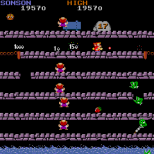 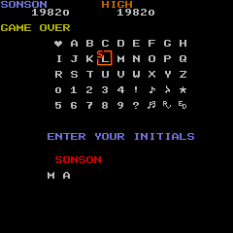 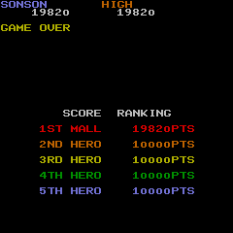 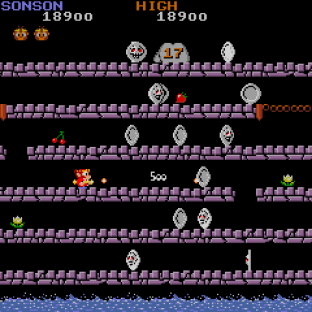 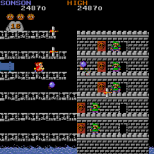 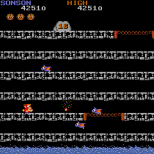 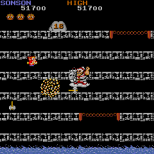 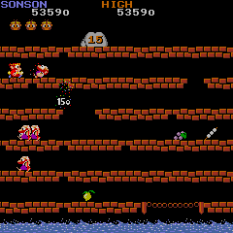 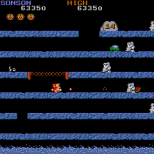 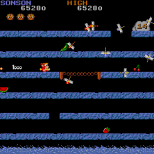 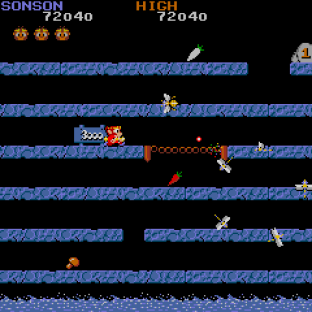 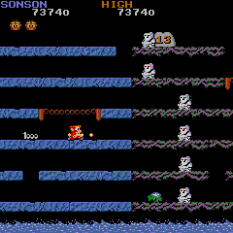 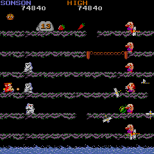 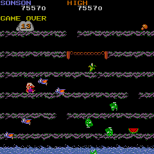 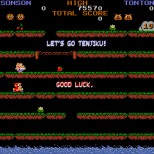 One thought on “SonSon, Arcade”