Written by Pete Cooke and published by Firebird (as a £1.99 budget game) in 1987, Brainstorm is a clever puzzle/strategy game where the aim is to draw lines using a pointer in order to make a bouncing ball travel over coloured sections of the screen, to accumulate points.

Each screen is played to a time limit. To score you need to trap the ball over red areas of the screen and avoid trapping over magenta areas. Thankfully the game displays both scores: the top score is the score you got on the previous screen, and the bottom score is your score on the current screen, and these are also colour-coded. If your present score is red: it is better than the previous score. If it’s magenta: it is lower than your previous score (and you will fail if it remains that way if the timers runs out).

The game originally came with the 48K version of the game on one side of the tape, and an enhanced 128K version on the other. The 128k version unfortunately only features slightly better music and not much else (no extra screens and no screen editor, which is disappointing, but it was only a budget game so we can’t expect too much I guess).

The only downsides are: I think it would’ve been better to colour code the two scores and scoring/reduction areas as green (for scoring/success), and red (for reduction/failure), because that just seems more natural and easier to gauge IMO. The game also takes a little while to get your head around. It could also have benefited from using mouse controls (the Spectrum did have mice available for it), and ‘quick keys’ for changing lines (as it stands you have to take your cursor over to right-hand side of the screen and click a coloured bar to change lines, which is slow and cumbersome IMO). Otherwise, Brainstorm is very good and another innovative Spectrum game from Pete Cooke (of Tau Ceti, Micronaut One, Earthlight and ZX Spectrum Stunt Car Racer fame).

More: Brainstorm on World of Spectrum 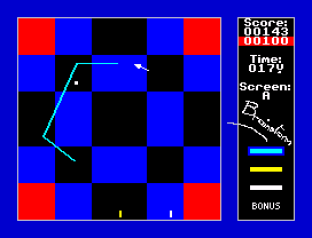 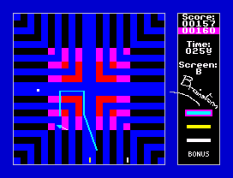 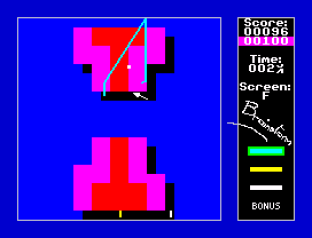 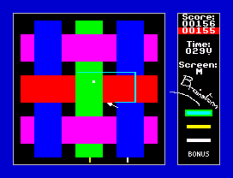 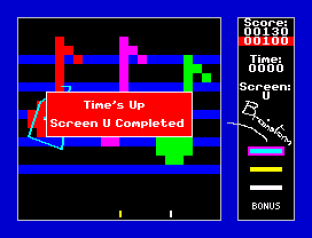 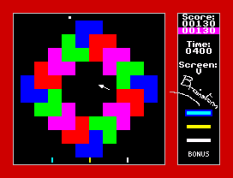 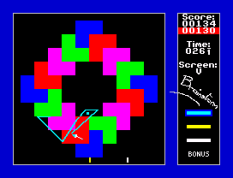 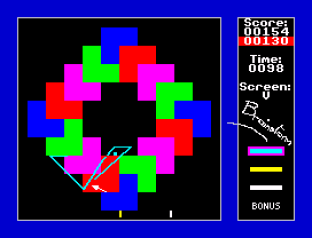 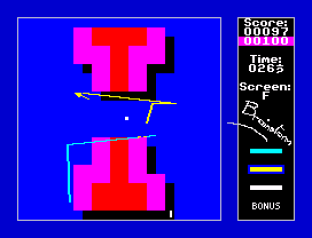