18 Wheeler: American Pro Trucker is a conversion of a 1999 Sega arcade game, with gameplay featuring chaotic and destructive street truck racing. The Dreamcast version first came out in 2000 in Japan, and everywhere else in 2001.

18 Wheeler has four main modes of play: Arcade Mode, Score Attack, Versus, and even a Parking mode. The aim of ‘Arcade Mode’ is to drive a truck through checkpoints before the timer runs down, and also to beat your rival to the finishing point. You can choose different drivers and rigs and also different loads to transport (some are heavier and therefore have bigger rewards for delivery). You have high and low gears, and reverse, and must drive as well as possible so as not to collide with any hazards that will slow you down. You can, however, collide with bonus vehicles that will award you extra time for doing so. Every second counts and courses have been designed so that you can barely make the checkpoints in the allotted time; sometimes only if you manage to take out time bonus vehicles for that extra time.

Roads sometimes split, offering alternative routes, and each course has a variety of physical hazards to contend with, from wooden house bridges (which disintegrate when your high load hits them), to sharp turns and tunnels, and even tornadoes. Other cars go flying when you hit them and sometimes other trucks will spill their loads in front of you, keeping you on your toes. Your rival is always indicated by an arrow and if you manage to beat him to your destination then you’re awarded a bonus. If you don’t beat him you can still complete a level, but you don’t get the cash bonus. As long as you manage to pass through every checkpoint within the time limit you’ll complete a level and unlock the next one.

In ‘Score Attack’ mode you race on tracks and get bonuses for hitting specific vehicles and penalties for colliding with anything else. You again choose your driver, rig and your load and earn money depending on their level of difficulty. Versus mode is a split-screen and online head-to-head game where you take on other human players.

You can drive in third-person or first-person (cockpit) views and the game has decent graphics and physics, running at a high frame rate, so feels dynamic and exciting, with spectacular crashes and destruction. It doesn’t seem that you can crash the truck so that it tips over, though. I tried, but couldn’t make it happen.

18 Wheeler: American Pro Trucker is a fun driving game with impressive presentation, but it is surprisingly difficult to master. Arcade Mode races I thought were particularly tough. I guess that’s down to its arcade heritage. It feels good to play, though, as you hurtle down the realistic-looking highways in your HGV.

18 Wheeler was later converted to the PlayStation 2 and GameCube, and a sequel (called The King of Route 66) was also released into arcades in 2002 (and later ported to the PS2). 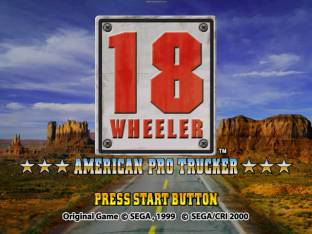 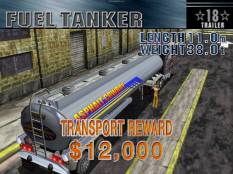 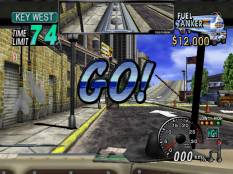 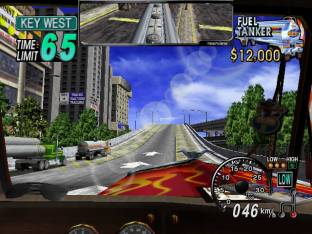 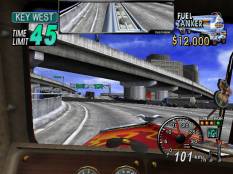 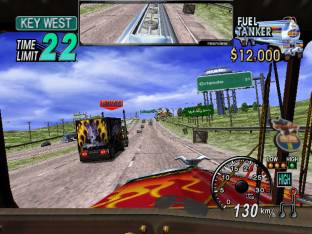 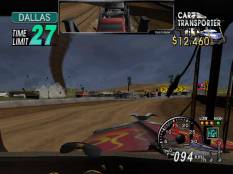 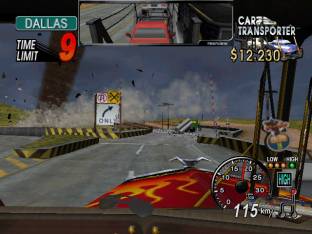 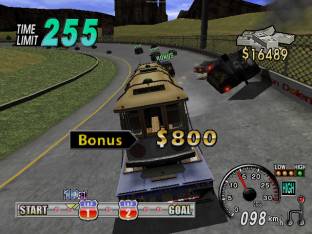 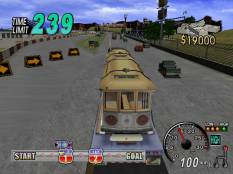 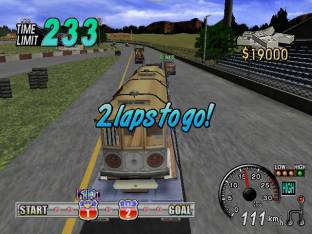 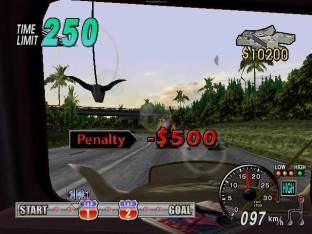 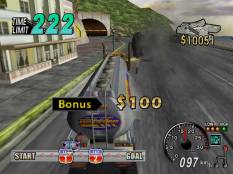 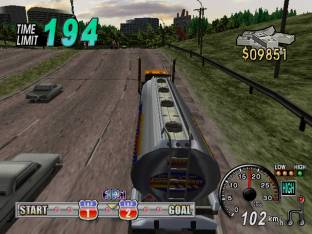 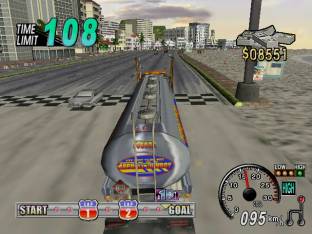 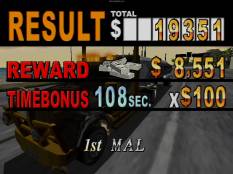