First released in 1997 for MS-DOS PCs, the first Grand Theft Auto laid the framework for the series as it’s become today, which is: one of the best-selling and most popular video game franchises of all-time. Not to mention one of the most controversial.

This first instalment in the series takes an overhead, scrolling view of the landscape, with the game being played-out in three main cities, starting in the fictional city of Liberty City (loosely based on New York City), and you playing a career criminal, stealing cars and generally breaking the law for cash and kudos. Missions are delivered via telephone boxes and objectives are shown as text messages on-screen and as scrolling messages in a pager, and as you progress through the game your tasks become ever more complex.

The control system allows you to rotate your titchy character (picked from one of four initial choices at the start of the game), run forward, shoot (if you have a weapon), and get into a vehicle. You can pretty much drive/ride any vehicle in the game – even motorbikes and large vehicles like buses – by simply facing them while they’re stopped and pressing the ‘carjack’ button. Thankfully, all vehicles will stop if you stand in front of them, or bump them with another vehicle. Driving a vehicle is similar to walking the streets: you rotate using left and right and move forward with the ‘X’ button. You can also reverse vehicles by pressing the triangle button.

The control system is somewhat convoluted and does take some getting used to, but after some practise you’ll quickly be rampaging around the city and completing jobs. Exploring Liberty City does have its problems, though. The main one being knowing where to go, and there being no overview map of the city in the game (so an external map can be helpful). An arrow points in the direction of your next objective, but getting there is another thing entirely because there are bridges and stretches of water dividing areas of the city and you can’t drive over water. Actually, if you drive into water you’ll get a “wasted” message and lose a life. Although you can drive around and do anything you want without a time limit, you do have limited lives so should avoid dying if at all possible. Certain missions do have time limits, though.

Jobs can be completed in any order although the locations you have to visit to receive and complete them are fixed, so it pays to have a good memory of the roads and where they take you. Getting stuck in a dead end can be frustrating. Completing jobs opens up more in a particular job chain.

Of course the police aren’t going to let you get away with committing crimes without a fight, and they’ll try to arrest you if your notoriety becomes high enough. If you are arrested you’ll fail your objective, lose all your current equipment, have the multiplier bonus reset, and possibly even have the remaining missions in the chain sealed off. You can throw the police off-scent by visiting a spray shop and painting your car a different colour.

Completing a level automatically unlocks the next one and the aim of the game is to reach a target number of points, then complete the main goal of the level. If you lose all your lives you’ll have to restart the level from scratch.

Grand Theft Auto was particularly notorious for allowing you to run over pedestrians, although doing so will greatly increase your criminal profile and make you a target for the police, so it’s probably better to avoid doing that – unless you just fancy rampaging.

One feature of note in Grand Theft Auto – and one that persists in the series to this day – is the use of specially-composed and recorded music that is played over the radios of the cars that you steal. Songs of various genres of music are played as you drive around and it gives the game a rather unique atmosphere. You can even play your own music CDs to accompany the game. This feature of course was built-on and expanded as the series progressed, but the idea originated here. I remember the interest the music caused among the gaming press at the time, and the magazine I worked on (PC Zone) even gave away some of GTA‘s music on the magazine’s coverdisc. In fact: I visited DMA Design during GTA‘s development and interviewed the people composing the music. I still have the audio CD they made for me during that visit, which contains various tracks that we were to choose from.

Although the original Grand Theft Auto is not quite as enjoyable as later instalments in the series it is still a fun game to play now – if you don’t mind the rather confusing control system. As sandbox type crime simulators go it is a historically important game, and shows GTA fans where it all began. Not everyone will like it, but there’s no doubting that the original game still has appeal. 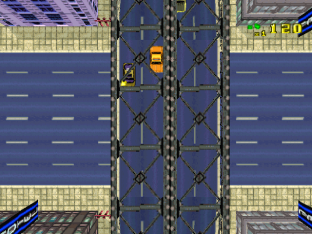 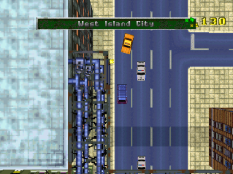 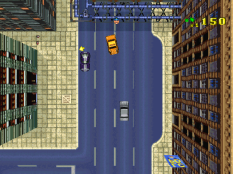 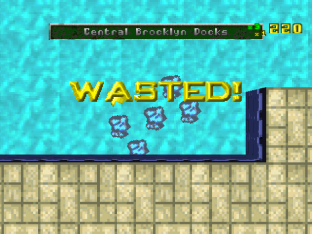 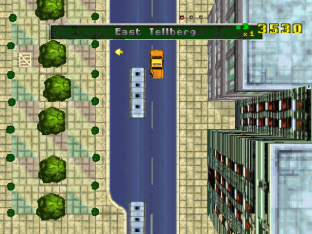 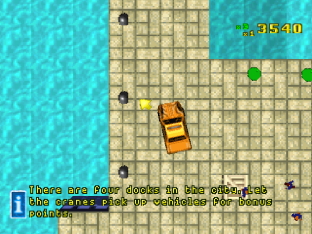 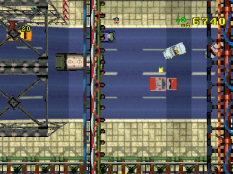 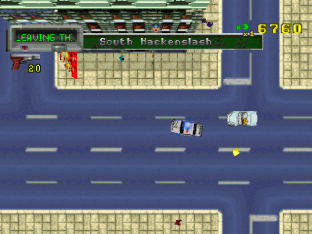 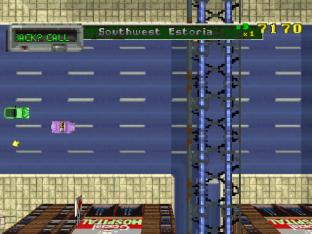 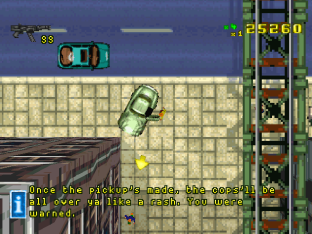 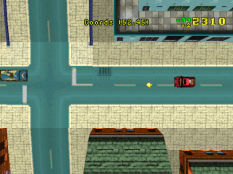 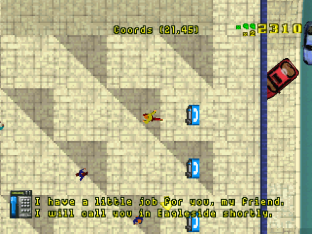 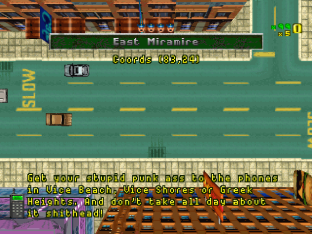 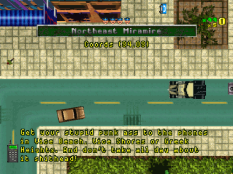 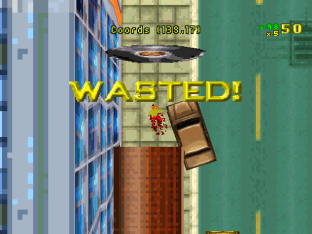 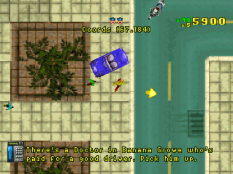 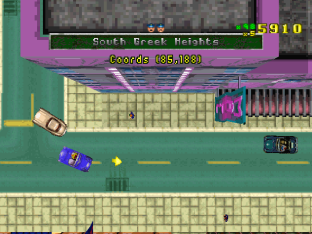