The Arc of Yesod is the sequel to Nodes of Yesod and was actually published the same year as Nodes, in 1985. The game was again developed by Odin Computer Graphics, but this time was published by Thor Computer Software.

You once again take control of astronaut Charlie Fotheringham-Grunes and this time he must explore a maze-like series of rooms on the planet of Ariat, looking to destroy the Monolith that is downloading information about Earth, before the aliens can launch an attack on it. What that doesn’t explain is that Arc of Yesod is basically a mirror of Nodes of Yesod and is a simple platform game at heart. Again: it’s a stupidly difficult and frustrating race to find eight crystals while spawning enemies try to stop you.

Once again the floating spacemen thieves appear out of nowhere and will remove a crystal from you if they touch you. This time the spacemen have a sinister skull-like face, which at least indicates their level of threat to you.

Also like last time, you have use of a floating sphere-like device to destroy enemies and remove false walls – just like the mole from Nodes of Yesod – only this time it can fire a laser, and you at least don’t have to collect it before using it. It comes as standard from the beginning of the game.

The graphics are an improvement over the previous game, and are more varied from the outset, although it’s fair to say that the look of Arc of Yesod is not much different to Nodes of Yesod. The game once again comes in 48K and 128K versions, with the 128K version featuring a continuous soundtrack and a wide variety of fairly impressive digitised speech.

The bells and whistles of Arc of Yesod don’t distract from the frustration of the playing the game, though. Just like Nodes of Yesod: if you want to play the game properly, with a view to completing it, you’re going to have a tough time. If you just want to wander around a few rooms and soak up the nostalgia for a half an hour then Arc of Yesod will probably appeal to you. Personally, I need more than nostalgia from a game – even one that is nearly forty years old – so am not that impressed by Arc of Yesod overall.

More: The Arc of Yesod on Wikipedia 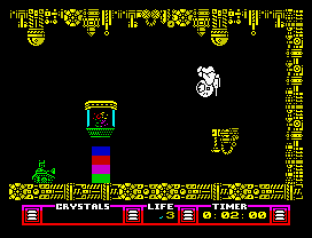 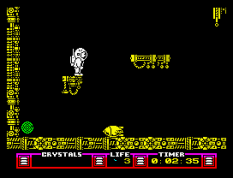 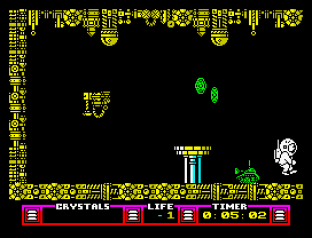 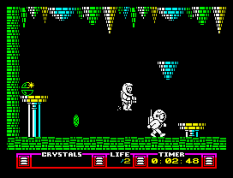 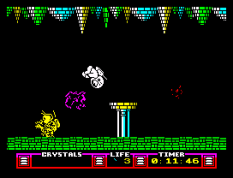 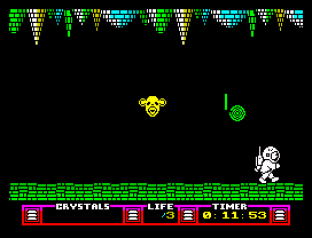 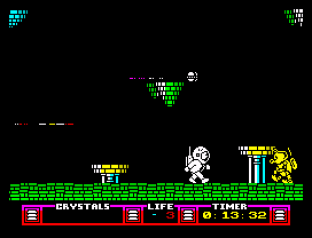 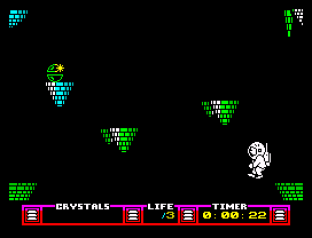 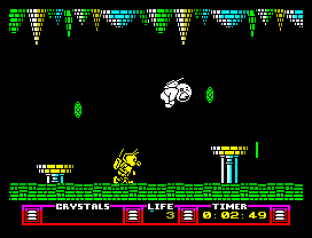 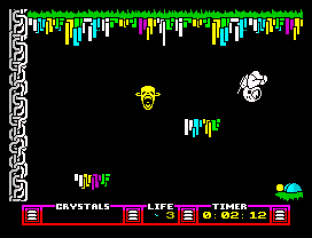 One thought on “The Arc of Yesod, ZX Spectrum”