Bubble Bobble: Old & New was released for the Game Boy Advance in 2003. It was developed by Taito and published by Empire Interactive. It features a conversion of the arcade original, plus a re-made version with new graphics, sound, and features.

The remake is more or less the same as the original, in terms of levels and gameplay, but the new graphics are arguably not as good as those in the original, although that’s down to taste. The levels scroll vertically to accommodate the smaller resolution of the GBA, but it’s nowhere near as much of an issue as it is in the flawed Game Boy and Game Boy Color versions.

The new version has sampled voices for Bub and Bob, plus an item library that keeps track of all the collectable items you’ve picked-up in the game. There are also three types of achievement statues that can be obtained in the remake. The bronze statue is awarded for finishing the game; the silver statue is awarded when you get the true ending, and the gold statue is obtained by getting all items in the item library. And finally: after beating the game once it then becomes possible to activate the two-player game with a CPU-controlled Bob (as the second player), so that you can get the true ending.

The classic “old” version is pretty much a straight conversion of the arcade game, with all the intro screens, levels, bonuses and secrets, but with vertical scrolling. One difference I did notice was that, when you pop a bubble, the word “pon” has been changed to “pop“, which I guess makes sense, but I would’ve preferred it if they’d kept it the same as in the original arcade game.

In both the old and new versions the gameplay is fast and fluid and all the timings are right and authentic, unlike in some Bubble Bobble conversions. Other new features available in both versions: you can skip levels you’ve previously beaten when you begin a new game, and there’s even an option to scale a level to fit the screen (by pressing the ‘L’ button).

One small criticism I do have with the game is that the menu graphics are a little raggedy. In a game of such repute, with a developer of Taito‘s pedigree, you’d expect them to be sharp and smooth and top quality, but they look a bit rough around the edges to my eyes. Other than that: this is a flawless and fun conversion of a classic. 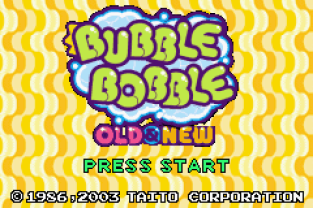 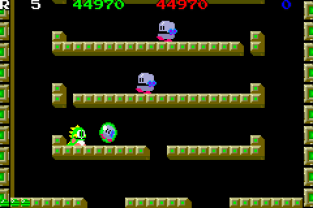 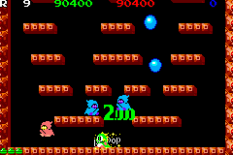 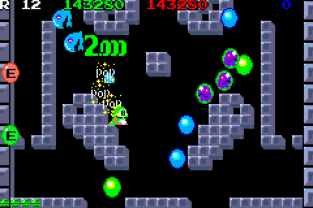 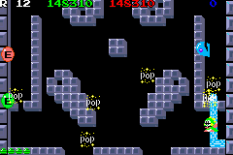 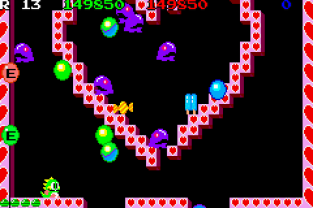 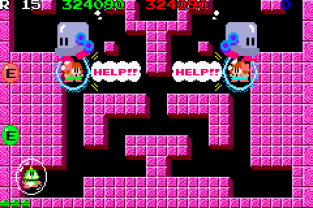 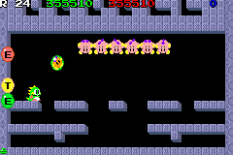 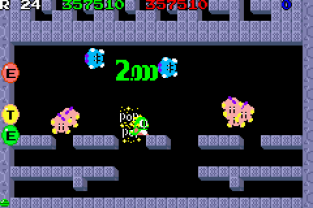 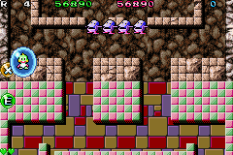 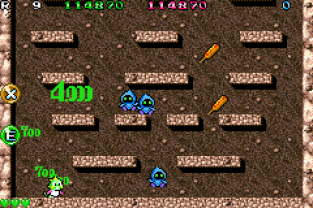 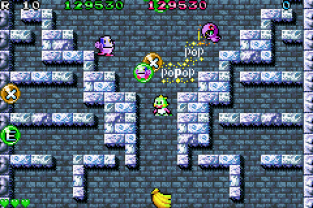 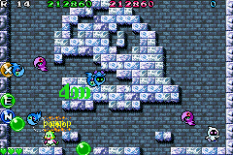 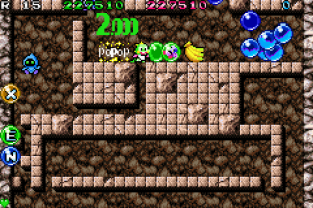 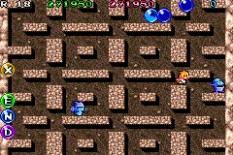 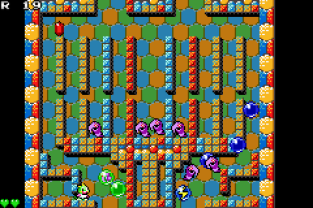 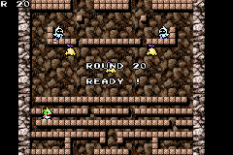 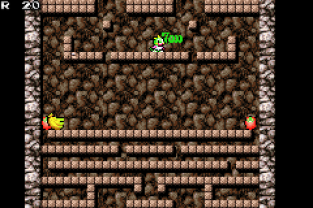 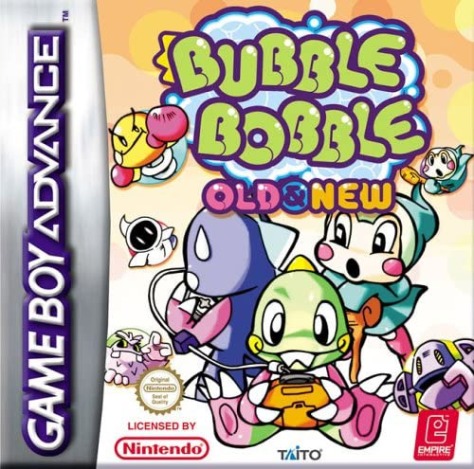