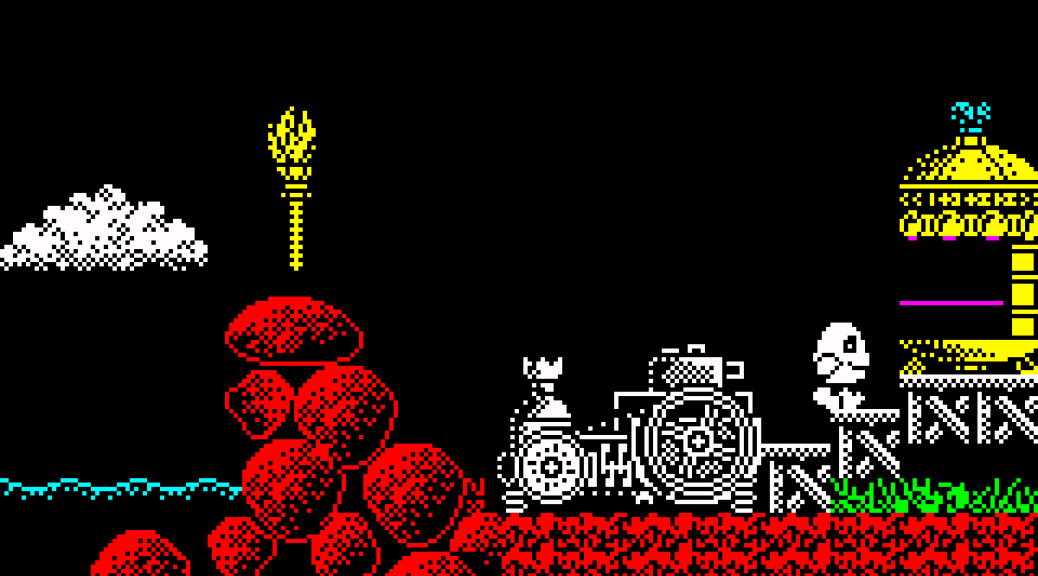 Dizzy 3 and a Half was released for free on a Crash magazine cover tape (issue 84, January 1991) and basically serves as an introduction to (and a sales device for) Magicland Dizzy, the fourth Dizzy adventure.

It’s really only six screens in size and contains just two puzzles, where you have to rescue Danny and acquire some Sky Boots in order to cross a stretch of water, then get an engine going in order to power a teleporter. Once you’ve done that, and have used the teleporter, you then get a message telling you to continue your adventure in Magicland Dizzy.

See also: The Dizzy adventure series on The King of Grabs 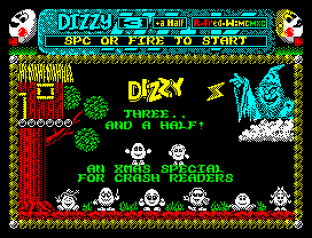 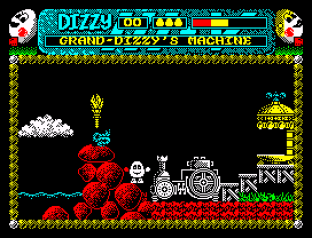