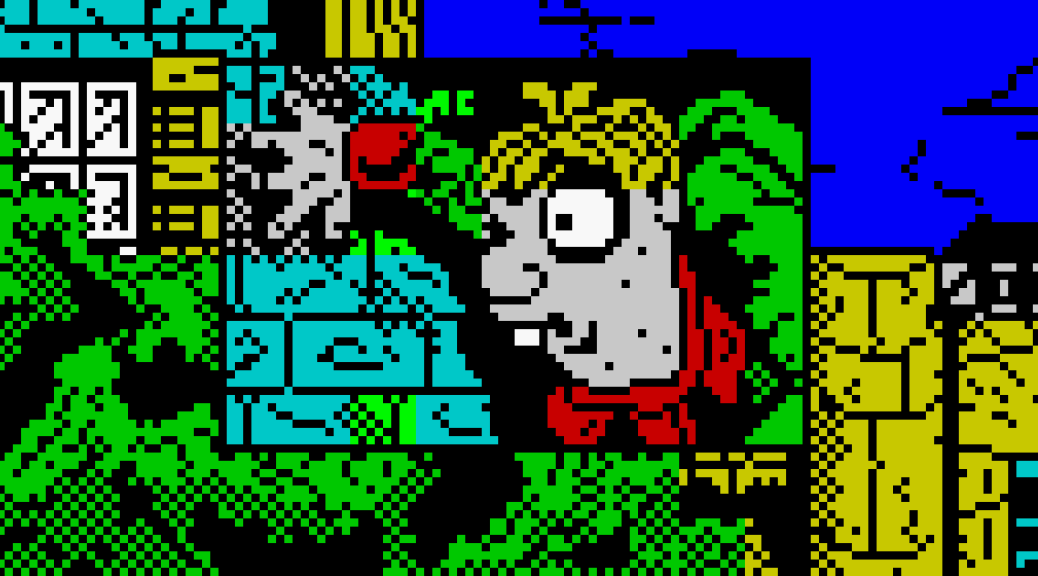 Rather than produce another platform game, Ocean Software chose to make a graphical adventure for their third Hunchback game. Which was an unusual choice.

Hunchback: The Adventure again features Quasimodo trying to rescue Esmeralda, this time from the evil Cardinal of Notre Dame. It’s a three-part game, requiring the same number of loads. In part one Quasimodo must escape from Notre Dame itself, and from the Cardinal’s many guards who are trying to stop him. In part two he must make his way under the city of Paris until he reaches the Cardinal’s mansion. And finally, in part three, he must challenge the Cardinal and escape with Esmeralda in tow.

Each scene usually gives you a location image, plus visual representations of the items you are carrying, overlaid on top of an image of Notre Dame cathedral. You type commands into the parser at the bottom of the screen. If you don’t type anything at all time will pass, although I couldn’t really find a situation in the game where that mattered.

The puzzles are simple enough (ie. difficult if you don’t know the solution), and hostile characters will attack you when encountered. Combat is represented by a violent but cartoony “Kick! Punch! Bleed!” caption (or other such alternative) on-screen. In fact: Hunchback: The Adventure is quite a violent game overall. There’s a lot of “kill guard” going on, plus the occasional ghostly severed head to pick up and use. When you do kill a guard it even shows their bloody body as a picture, which is gruesome for this kind of game. Not sure who thought that was a good idea, but anyway… I also tried to let a guard kill me, but that didn’t seem to work. They just kept attacking, over and over again. Which seems to render the idea of combat redundant. If you can kill them, but they can’t kill you – what’s the point of combat? Other than to hinder your progress.

Hunchback: The Adventure does have some humour and is even self-referential on occasion, but it’s hardly what I would call “laugh-out-loud” material (apart from the “Everton supporter” joke, and even then I didn’t laugh out loud). If you know what to do you can complete the game in under half an hour (including load times); it’s quite a short game.

The script-style font is not the most legible ever used (the ‘s’ looks more like a ‘g’ in my opinion), and I did spot a few grammatical and spelling errors while playing, which wasn’t great. Overall, Hunchback: The Adventure is nothing special although the graphics are quite nice. It would’ve been good to have had a different background graphic for each of the three separate acts – just to differentiate them from each other – but that wasn’t to be. The tune on the title screen is interminable too.

Hunchback: The Adventure is a bit of a missed opportunity in my opinion. It could have been good, but it turns out to be just barely adequate. As graphical text adventures go.

More: Hunchback: The Adventure on worldofspectrum.org 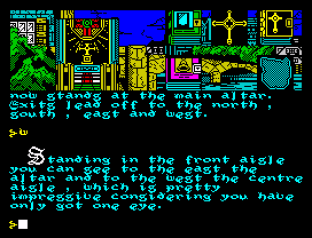 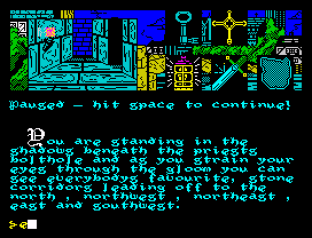 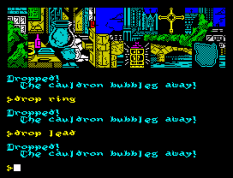 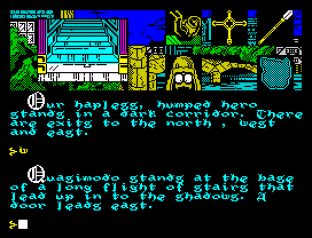 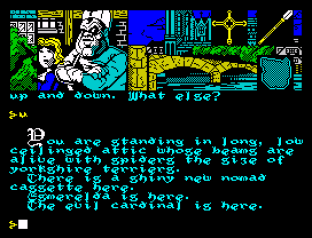 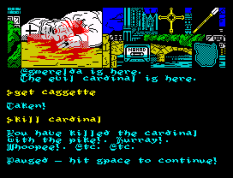 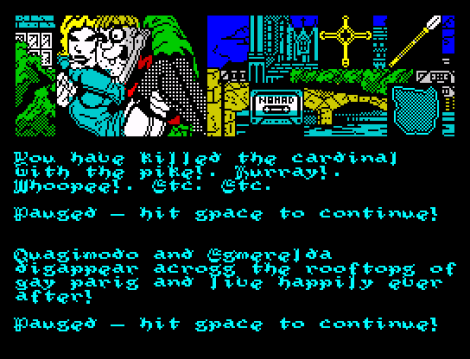