This conversion of the classic Sega Megadrive/Genesis game, Desert Strike, is about as good as you could expect on the Atari Lynx. Meaning: that it is very, very good indeed.

In fact: it is surprisingly close to the original, but obviously with smaller, more condensed graphics.

You pilot a combat helicopter, in the desert (surprise, surprise), and must fly out to destroy a network of terrorist installations – as well as rescue MIAs, and of course survive an onslaught of enemy ordnance.

You have limited fuel, but can top-up by collect barrels that are dotted around the landscape (by simply hovering over the top of them – a winch then automatically pulls them up). You also have a limited number of cannon rounds, and two types of missiles (Hydras and Hellfires). The health of the chopper is indicated by the amount of armour remaining; when it reaches zero the aircraft will crash and you’ll lose a life.

Like the original, the key to success is to approach each mission carefully and take the advised route of tackling each target sequentially. If you fly out, with no thought as to where you’re going, you probably won’t last long.

The movement and scrolling are smooth and controlling the helicopter feels really good (just like the original), and the controls are simple and intuitive. Pressing the Start button brings up an information screen that shows your targets, how much fuel/armour you have remaining, and what weapons you have left.

The Lynx conversion features four multi-goal missions in total, and the only thing missing from the original (apart from the extra two missions) are the over-the-top cut scenes of the terrorists shaking their fists at things and shouting at clouds. But then you can’t have everything, and maybe that’s a good thing, depending on your political standpoint. One thing’s for sure, though: Desert Strike on the Lynx is one of the best games on the system – even though it’s a cut-down version of the original.

The game was even re-released on cartridge by publisher Telegames in 2018, which demonstrates just how popular it is. 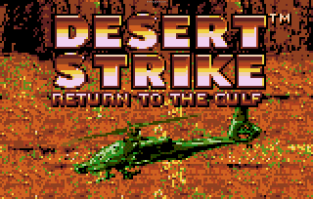 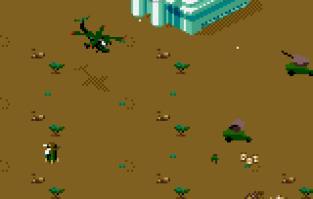 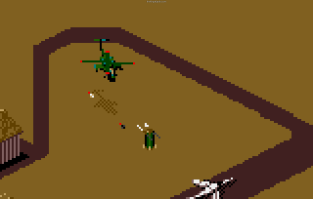 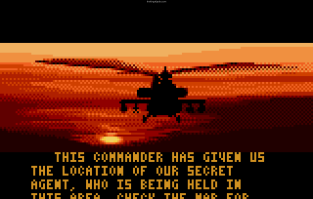 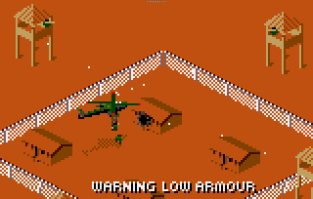 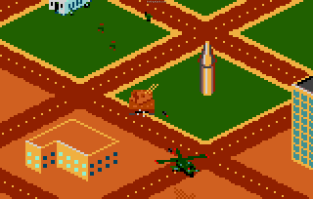 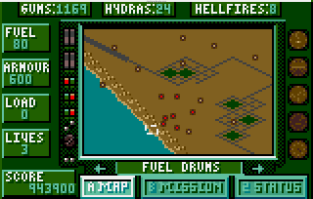