Sunsoft‘s Waku Waku 7 is one of the craziest, most colourful, and most over-the-top beat ’em ups I’ve ever played. It first appeared in arcades in 1996, was later released for the Neo Geo AES, and later also re-released for modern consoles. Such is its popularity.

In spite of Waku Waku 7 being a bit ‘nuts’, it’s also extremely playable, a lot of fun, and quite funny in places too.

In single-player mode there are seven playable fighters in total, with two more available in versus mode.

The fighters are all as strange as hell – satirical, really – and range from a blob-armed, purple cartoon rabbit monster (actually a Totoro parody), with a schoolgirl on its back, to a cat-wrangling muscleman called Dandy who looks a bit like an Anime Hugh Jackman. There’s also a bizarre mustachioed dwarf, riding a brown robot, that’s kinda weird too. Although the rest of the fighters do seem to be human…

Fighting women are represented with two characters – Arina being a Chun Li-type athlete, and Tesse looks like a cross between Alice in Wonderland and a nurse. It might have been nice to have had a few more female characters, but that’s what’s in there.

As if Waku Waku 7 wasn’t bonkers enough, there’s a bonus stage where you have to fight a “living punching bag” called Bonus-kun… A living punching bag that kicked by ass, to be honest. Bonus-kun is playable in versus mode – as is the final boss in the game, Makaitaitei Fernandez (what a mouthful), a black sphere with stubby arms that is as tall as a skyscraper… I would say that you couldn’t make this up, although someone obviously has.

Waku Waku 7 is a pretty high-end and hardcore arcade game at its core, so is of the highest quality in terms of graphics moving around the screen. The screen zooms in and out nicely to keep the fighters visible on-screen at the same time; special visual effects and explosions (and bonus indicators), are going off all the time; and matches are ‘best of three’ and over relatively quickly. It’s a fast game.

For my money: one of the best beat ’em ups of all time. Waku Waku 7 is tweet tweet in the head, and great fun to play – single or two-player. 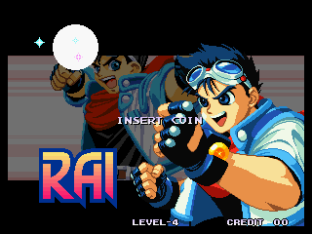 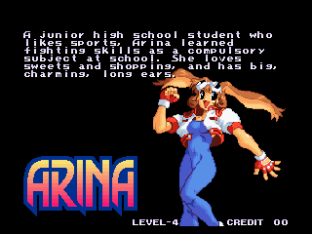 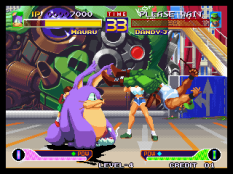 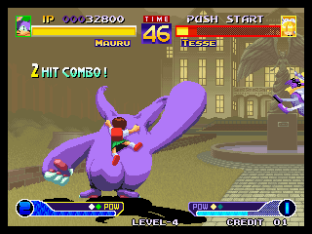 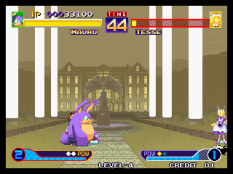 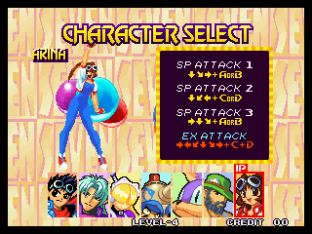 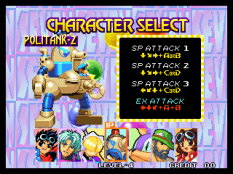 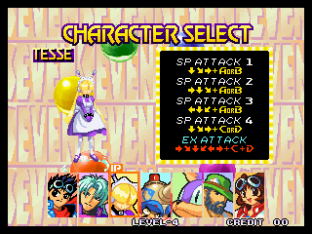 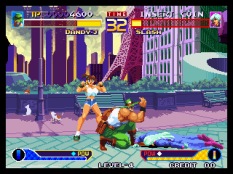 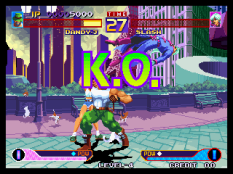 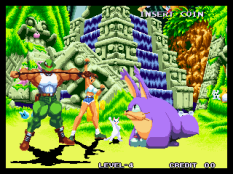 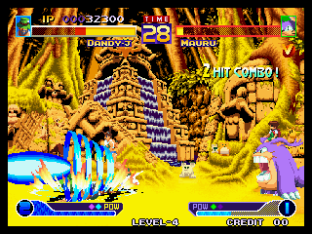 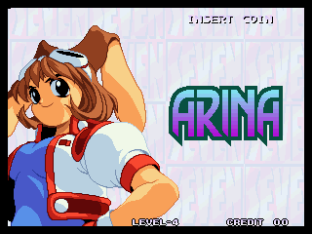 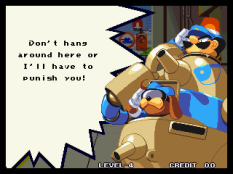 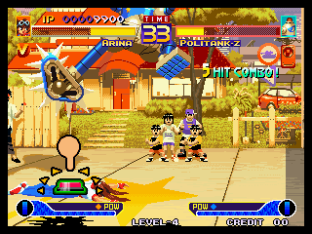 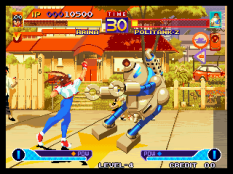 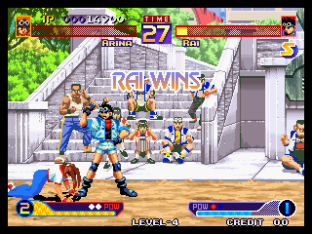 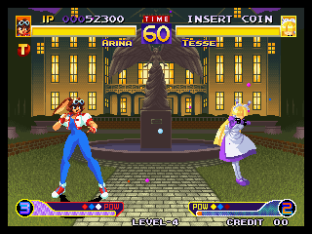 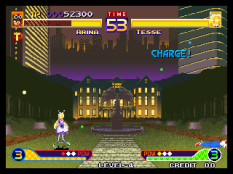 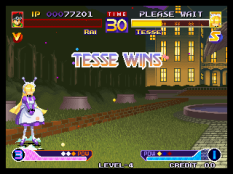 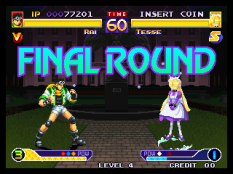 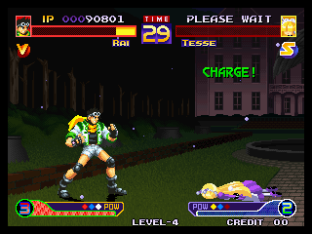 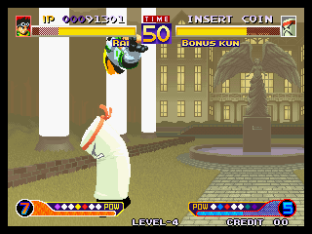 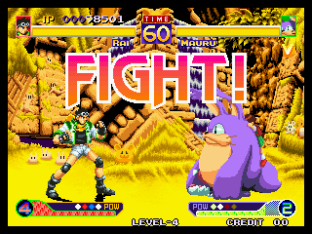