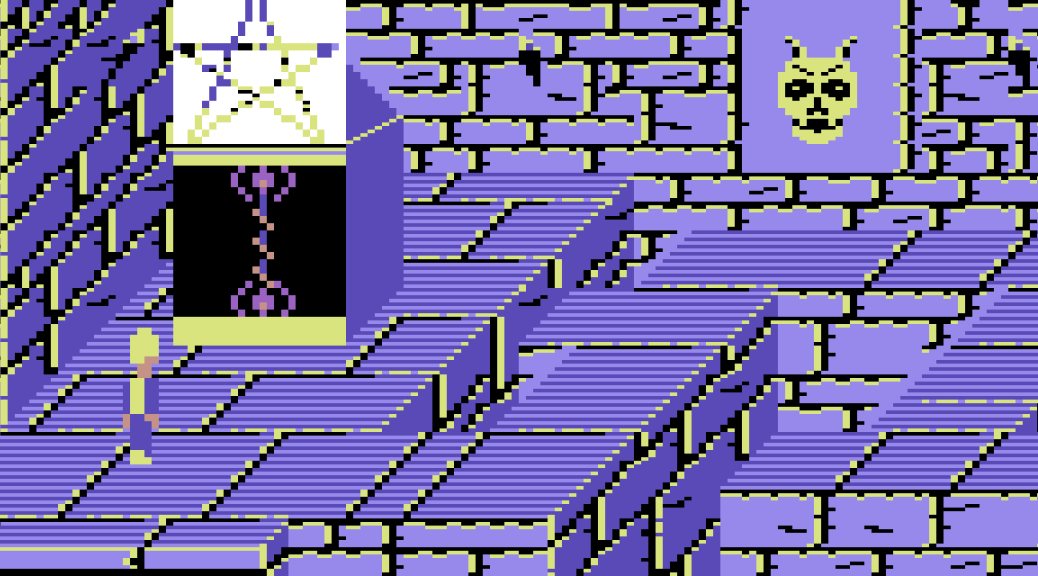 The first game in the Sir Arthur Pendragon series, The Staff of Karnath was released on the Commodore 64 in 1984 to some acclaim. Mostly because it was an Ultimate game, and in the eyes of many people (myself included), Ultimate could do no wrong.

What we didn’t know back then (or at least I didn’t know anyway) was that The Staff of Karnath wasn’t programmed by the in-house team at ACG (Ultimate‘s parent company name), but by an external team of two brothers – Dave and Bob Thomas – who were contracted to secrecy during the game’s development. That meant that their names were not allowed on the game, and they were not even allowed to tell people they wrote it! The marketeers at Ultimate wouldn’t allow it…

It wasn’t until decades later (and a Retro Gamer article) that they were finally revealed as the sole authors of the entire Sir Arthur Pendragon series, and now this is pretty much common knowledge (apart from those who still think this game was written by Chris and Tim Stamper – it wasn’t).

The Staff of Karnath, as a game, is a simple collect ’em up set in an isometric haunted castle. As Sir Arthur Pendragon your goal is to collect 16 pieces of a pentacle and deposit them into a tomb-like structure in the basement of castle Karnath. Doing so will allow you to destroy The Staff of Karnath and save the world. The problem is: you can only carry one piece of pentacle at a time and must drop off the piece you’re carrying before you can pick up another. This means: lots of walking backwards and forwards as you slowly work your way through the pieces.

Of course there are plenty of monsters standing in your way, so you have to be careful. Especially as you only have one life. Thankfully, though, Sir Arthur gets his life energy replenished after every pentacle piece he deposits, so it’s not an impossible task.

One other crucial thing: Sir Arthur can cast ten different spells, which you can cycle through with a key press, and the tricky part of the game is knowing where to cast them. Certain spells work well against certain monsters; others reveal hidden secrets. Finding out where to cast each spell is really a case of experimentation, because there are no clues in the game.

Looking at it now, The Staff of Karnath hasn’t aged particularly well, but it does have a high nostalgia factor. If you know what you’re doing it’s possible to complete the game in under an hour. I wonder what the WR speedrun time is on this? 😉

The Sir Arthur Pendragon series on The King of Grabs:
The Staff of Karnath, Entombed, Blackwyche, and Dragon Skulle

More: The Staff of Karnath on Wikipedia 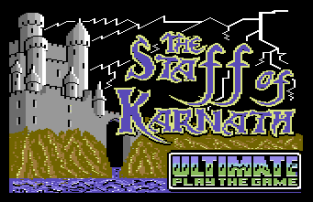 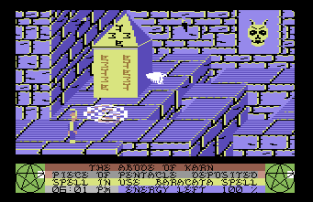 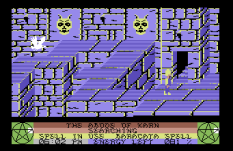 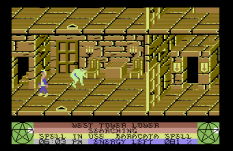 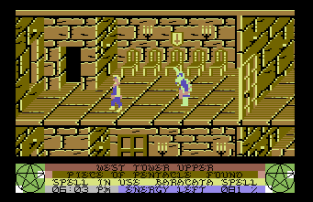 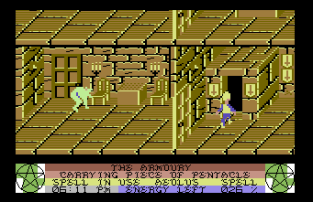 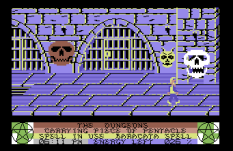 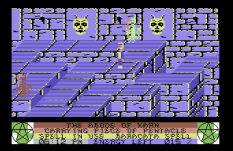 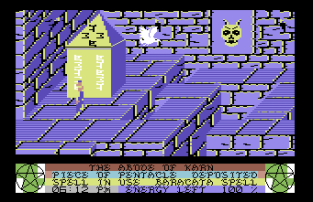 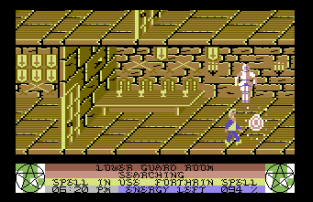 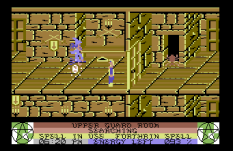 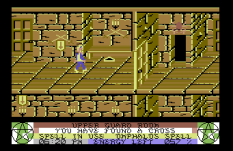 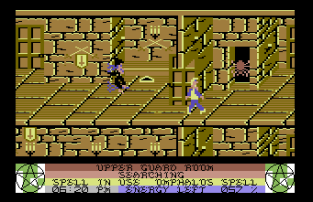 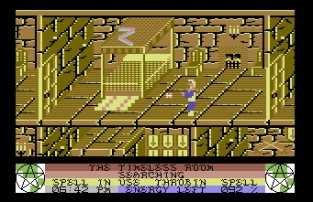 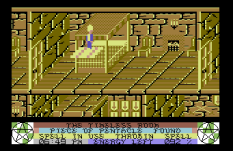 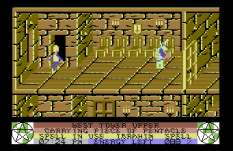 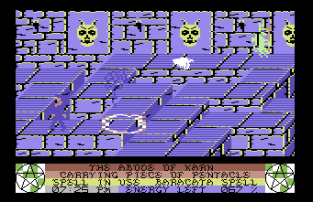 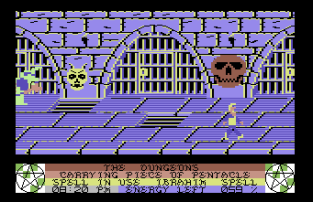 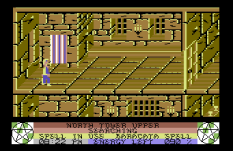 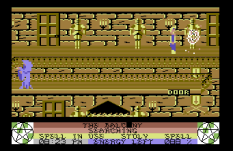 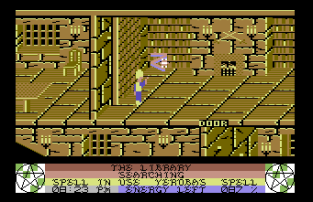 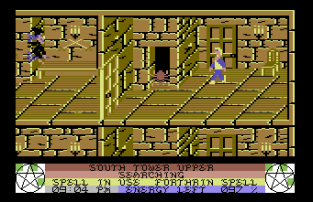 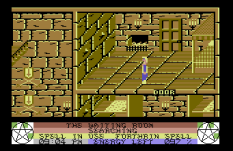 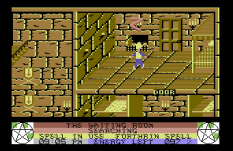 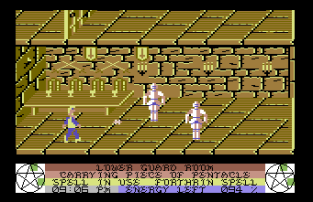 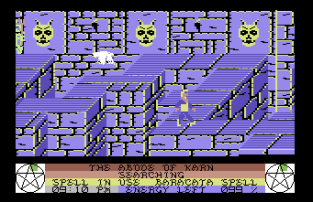 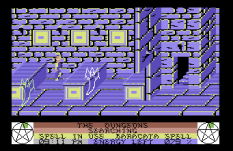 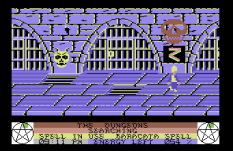 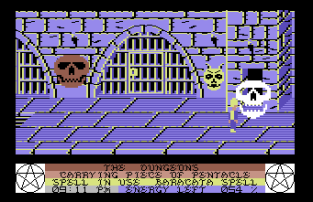 3 thoughts on “The Staff of Karnath, Commodore 64”