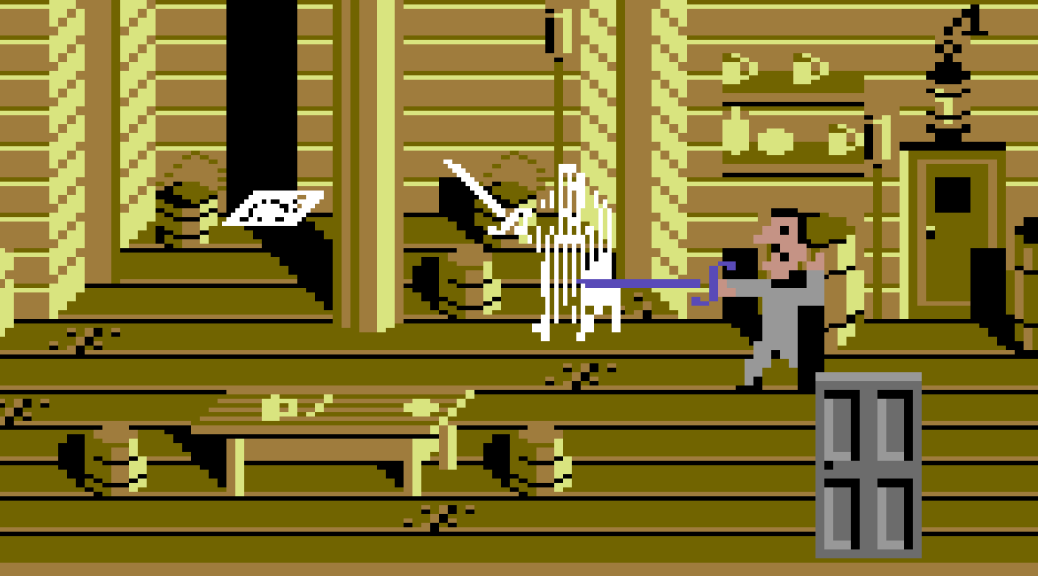 Blackwyche is the third game in the Sir Arthur Pendragon series, following on from The Staff of Karnath and Entombed. It was written by Dave and Bob Thomas and published by Ultimate Play The Game in 1985.

This time Sir Arthur embarks on an adventure on a sailing ship – a boat being harassed by flying harpies (and flying octopus!). At first you don’t have any protection at all, but a quick check of a nearby cabin will net you a sword which you can then use to fight the harpies.

After that it’s on from one puzzle to the next. At lot of them requiring insanely precise positioning and no clue as to what to do other than hit stuff with your sword. Arthur can also jump, and you can switch between actions with a key press. That said: switching to jump, then actually jumping over an oncoming cannonball is a skill in itself. Welcome to the world of old school gaming! And – as if that wasn’t enough – some rooms have some very unfair hidden trapdoors, dropping you down to a lower deck. In general you want to avoid these, but some are actually useful for reaching new areas.

There is thankfully a way of replenishing Sir Arthur‘s energy. A door on the opening deck leads to a bell. If you hit the bell with your sword you get re-energised. Remembering your way back to this room is therefore crucial.

I would say that Blackwyche is more difficult than The Staff of Karnath, but it is marginally more interesting too. There’s slightly more to this game overall, and arguably more variety in the locations (although many of them repeat, but in a different colour). It’s just as frustrating to play as Staff of Karnath, though.

One more Sir Arthur Pendragon game was to come out for the Commodore 64 after this, and that was Dragon Skulle, released the same year as this, in 1985. 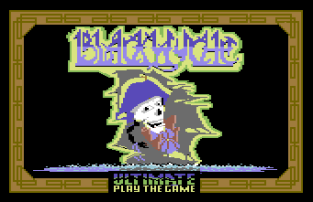 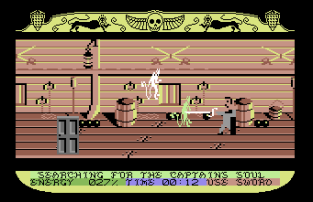 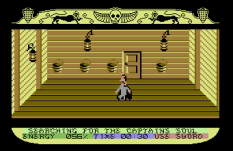 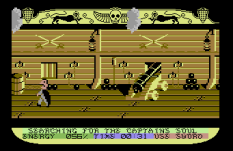 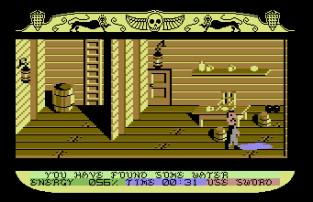 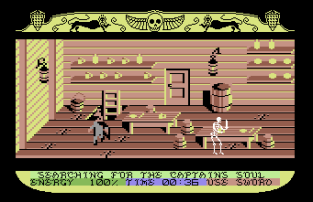