Mr. Wimpy is an early ZX Spectrum game from Ocean Software, first published in 1984. It is based on (and licensed from) the Wimpy chain of restaurants – in particular their mascot: Mr. Wimpy. Wimpy restaurants were more widespread in the 1980s than they are today, but this was still a surprising release from Ocean.

What is not very surprising is that Mr. Wimpy is a clone of BurgerTime, although it does have an extra level that you have to play through before getting to the BurgerTime clone.

That first level is a simple ‘fetch’ game where Mr. Wimpy walks from the left side of the screen to the right, picks up an item of food, then returns back to the starting point – the caveat being: if Mr. Wimpy is touched by one of the moving hazards he loses the item and must try again.

Mr. Wimpy is neither a particularly great game, nor a particularly memorable release from Ocean, although it is an interesting curiosity from the mists of time. Is it still worth playing today? Of course it is! 🙂 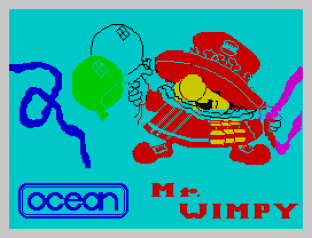 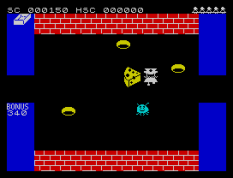 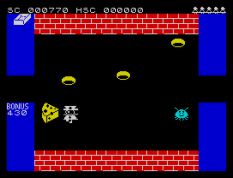 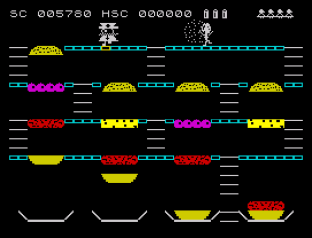 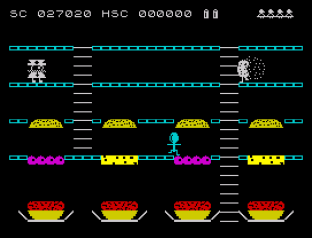 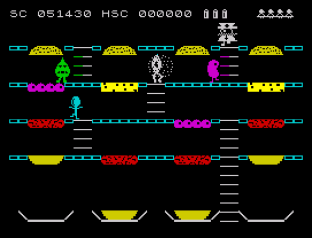 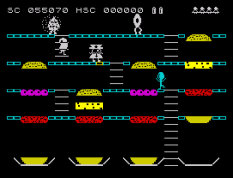 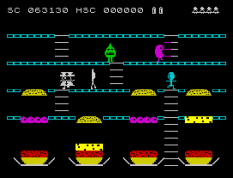