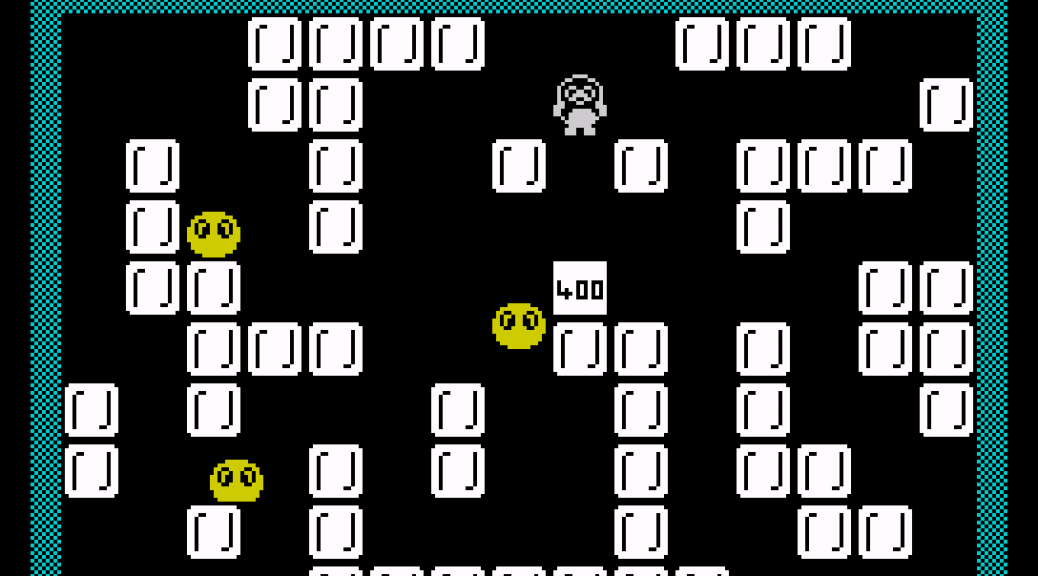 This obscure 1984 release from Ocean Software is basically a clone of Sega‘s classic arcade game, Pengo, but with an extra level tacked-on at the beginning. Similar in many ways to Ocean‘s Mr. Wimpy, which was BurgerTime with an extra level tacked on at the start. As if it would confuse the copyright police… “These are not the clones you are looking for… It is a completely different game… Look… [waves hand like Obi Wan]”

In the early days of home computing Ocean didn’t really mind ripping-off other people’s games, because that’s what everyone was doing. Later on they started licensing stuff properly, because legal precedent had been set.

Eskimo Eddie is an okay game, but nothing particularly special. It starts off with a Frogger-type level, where you (as Eskimo Eddie) must walk up the screen to retrieve Percy Penguin and bring him back down to the bottom again. Very much like the opening stage of Mr. Wimpy! Sadly, you have to do this three times, which makes it a bit of a pain…

Once you’ve rescued Percy you then get to play as him in the Pengo-like maze game, which involves avoiding the baddies and pushing blocks of ice into them. And, just like in the original Pengo, you can also use the outside of the maze to stun the bouncing bad guys.

One really disappointing aspect of the game is that the mazes don’t seem to vary as the levels progress – they all have the same layout. Which is bad… They could’ve at least had the layout of the ice block mazes change a bit, surely? Because of this there is little incentive to play further than stage two.

There’s a really disconcertingly off-key musical tribute to Popcorn by Hot Butter that plays during intervals, and that’s about it for music.

The best thing about Eskimo Eddie is the loading screen, and the associated Bob Wakelin cover art. Otherwise: it’s a bit of a duffer. 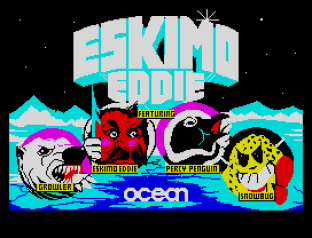 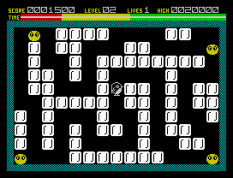