Steve Turner‘s 1984 release Avalon is a groundbreaking adventure game with pseudo 3D graphics, released only for the ZX Spectrum.

The visuals are actually made up of 2D graphics (this is 1984 after all) but they are used in a way that gives you the feeling that you are exploring a 3D map. Avalon was definitely innovative in that respect.

Playing the game itself is (still) absorbing and interesting. You control a floating mage (called Maroc) and must solve simple puzzles by exploring various tombs and locations, and by finding hidden items. Various races of monsters will attack you on sight if they find you, so mastering the tricky menu system and fighting back is key.

Avalon is a memorable Spectrum game, but the sequel to this – Dragontorc – is even better, with more locations, puzzles and objectives. 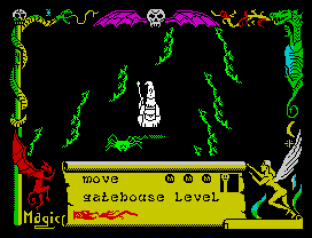 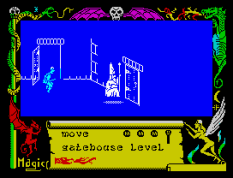 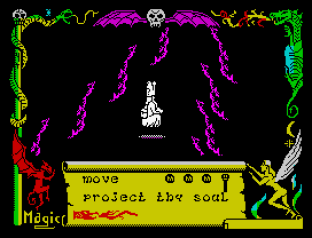 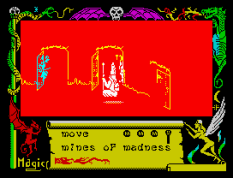 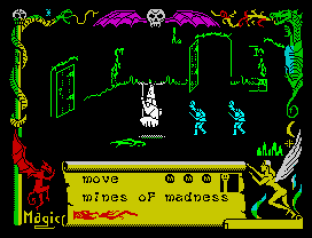 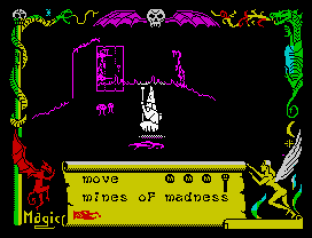 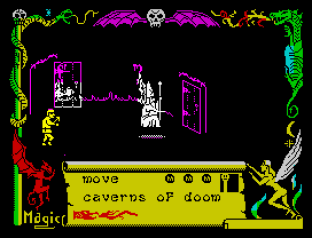 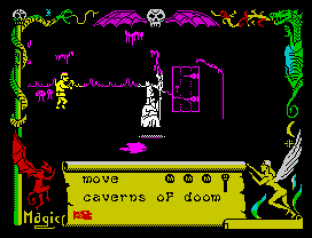