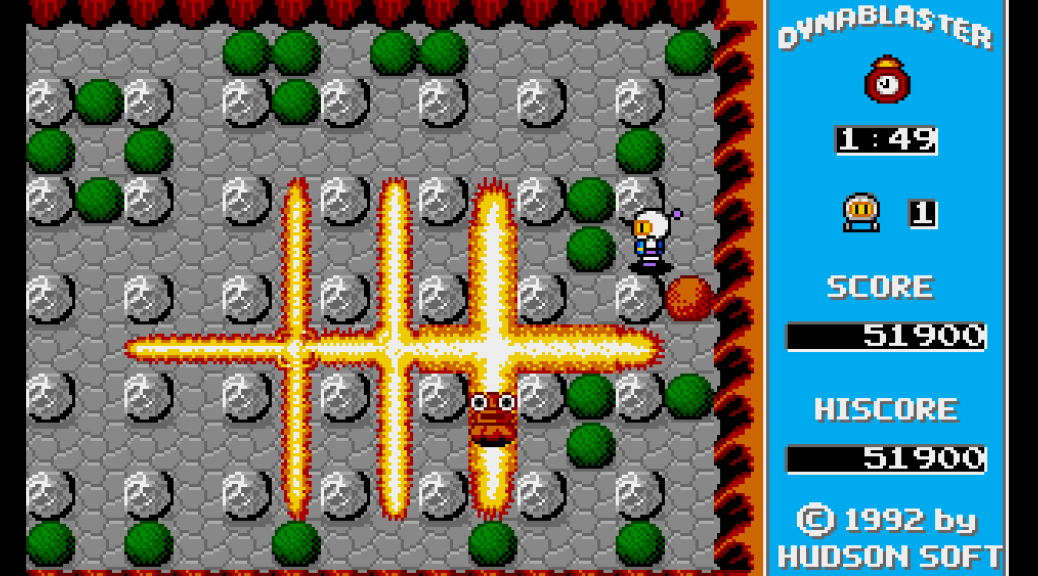 This game is really a re-titled Bomberman – Hudson Soft‘s famous maze game – on the Atari ST. I’ve no idea why it was re-titled.

This game is just as good as all the other Bomberman games – ie. really, really good fun. And is especially good fun multiplayer. Up to five people can compete head-to-head in Dyna Blaster, although two is enough.

Single-player Dyna Blaster is all about blowing up the baddies, then finding the exit, and having a boss fight every eight or so levels. There are eight worlds and eight levels in each world, making 64 levels in total. A real challenge in anyone’s books.

Bomberman is simply a brilliant game – on any system – and the Atari ST version is superb. 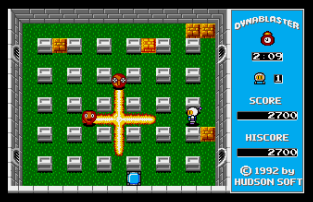 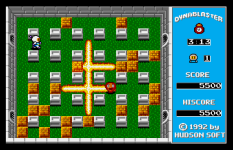 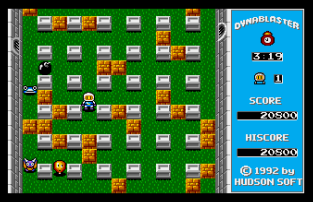 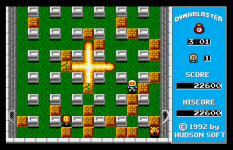 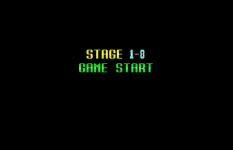 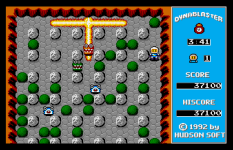 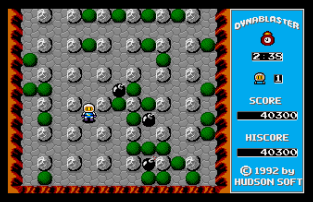 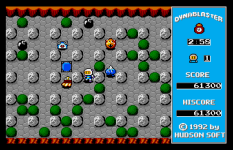