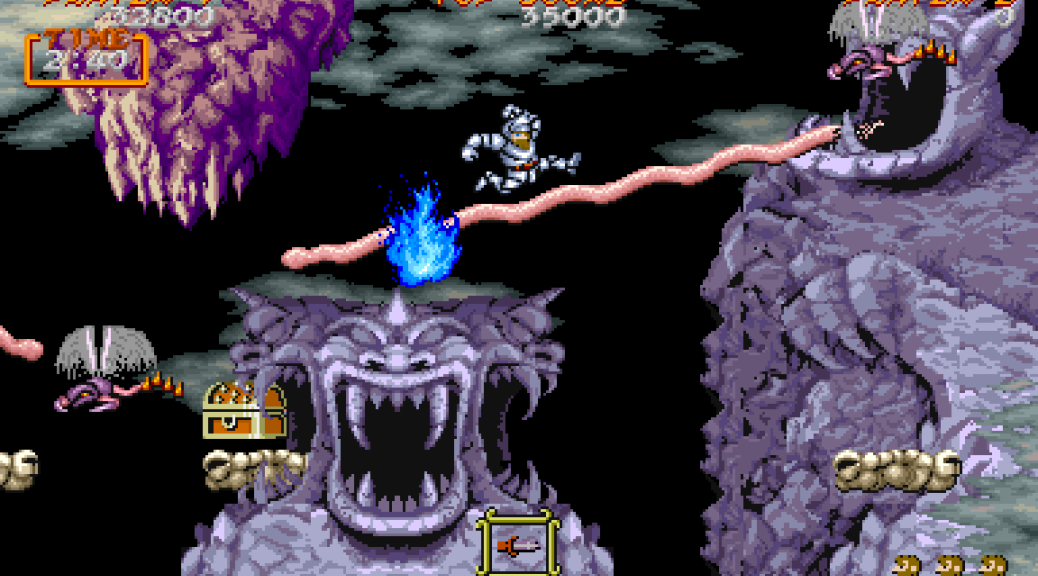 Although not quite as difficult as its predecessor, Ghouls ‘N Ghosts is another tough horror-themed, fantasy run-and-gun type game, but with much better graphics than the first game, and some great set pieces and boss battles.

Again: you play as the knight, Arthur, and again you get to wear a suit of armour that protects you from any initial hit. Lose the armour, though, and a second hit is fatal. There are different types of armour to pick up, and a variety of monster-slaying weapons to choose from.

Ghouls ‘N Ghosts is one of those games that is frustrating, but fun (unlike its predecessor, which is just pure evil). It still looks and sounds wonderful, and has a good feel about it when playing. Which is why it has been converted to pretty much every home system known to man.