Boulder Dash III was developed and published in Europe only by a Swedish company called American Action AB in 1986 (it wasn’t released in North America at all). It was the first game in the Boulder Dash series not to be designed and programmed by original co-creator Peter Liepa, and it suffers as a result of that.

The game features monochromatic graphics and a space theme, and the sixteen new levels featured in it are unfortunately lacking that special something that was present in the previous two games.

A good example of that is the first level, which features randomised boulder positioning and an extremely tight time limit. Completing it is of course possible, but doing so is not easy and it does give an indication of where American Action was going with this second sequel. That is: onward to failure.

The scrolling levels sometimes can’t keep up with the movement of Rockford and he disappears off the side of the screen at times. While I’ve seen this fault in lesser conversions of Boulder Dash, I definitely have not seen this in the previous two Atari 8-bit/Commodore 64 games in the series. Original programmer, Peter Leipa, would have noticed this and not allowed it to happen. So why didn’t American Action‘s programmers fix it?

Boulder Dash III was a commercial failure overall. It was also released for Apple II, ZX Spectrum and PC MS-DOS, but not for Atari 8-bit computers – it’s native platform. 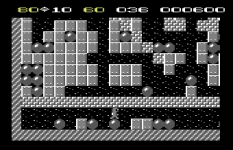 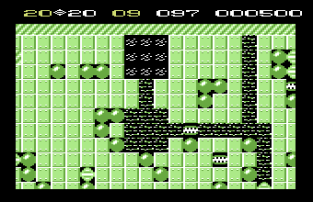 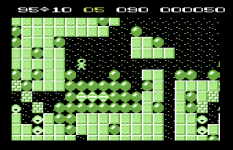 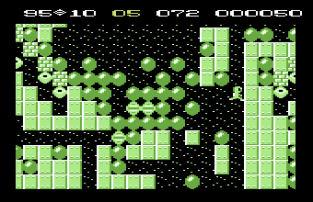 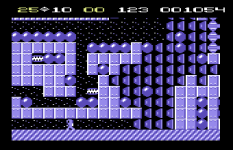 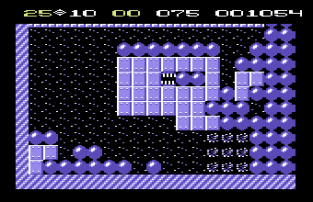 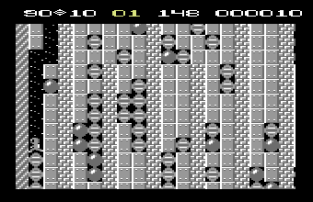 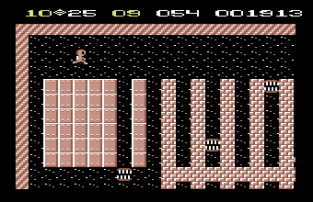 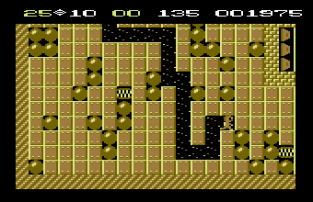 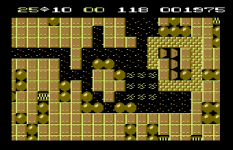