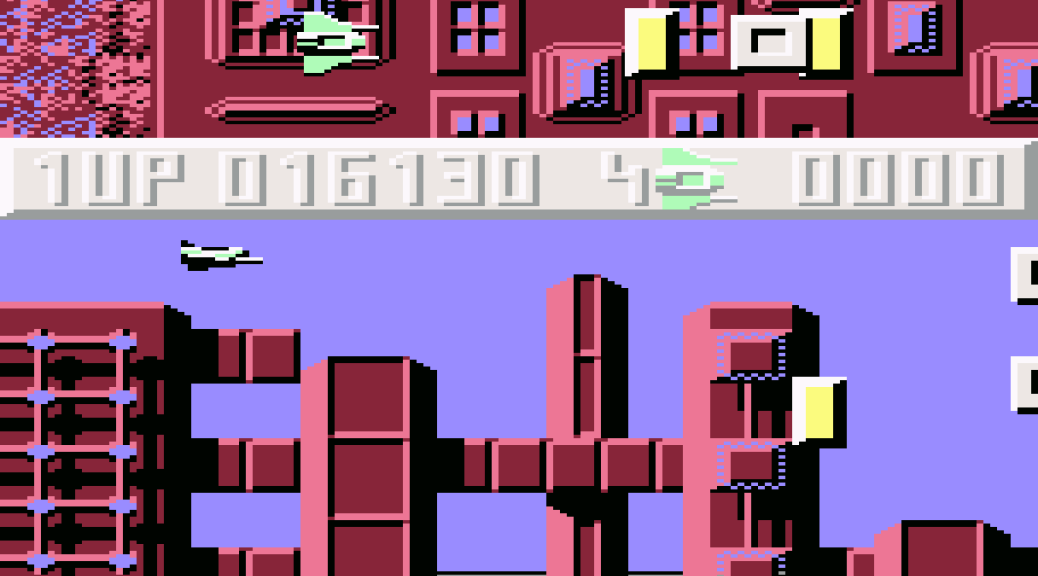 Designed and programmed by Stavros Fasoulas in 1986, Sanxion is a classic side-scrolling C64 shoot ’em that is remembered for being challenging, and for also being a slick piece of coding.

It was also the very first game released by Thalamus, who went on to publish some of the best games in C64 history.

I remember buying Sanxion in my youth and being impressed with it, but being rubbish at the game.

Now that a few decades have passed and I’ve revisited Sanxion, I can reiterate its difficulty. You’re going to have to memorise every single stage if you’re going to make it through this tortuous obstacle course…

Sanxion is an equal measure of shooting and dodging. The aim is to make to the end of a stage and to land on the runway. In order to do that you have to blast your way through waves of enemies and avoid any scenery that comes hurtling your way.

There’s a wider overhead view of the play area at the top of the screen, although it’s never really been clear to me why it’s there, other than for context.

In between levels is a rainbow-coloured bonus stage where the objective changes as the levels increase. You start off having to either shoot or collect coins for bonus points, which is easy, but by the third bonus stage it gets very difficult with you having to dodge a long line of obstacles instead.

Graphically, Sanxion uses ‘bas relief’ style lighting in the same way that Uridium does, and it results in some nice, shadowed buildings that zip along smoothly. The rest of the graphics fit certain themes and the colours change instantaneously, which gives some indication of progress.

Sanxion is also remembered for its excellent music, which was provided by Rob Hubbard. There’s a nice SID chip rendition of Sergei Prokofiev‘s “Dance of the Knights” from Romeo and Juliet on the title screen, and a different tune for loading. There’s no music in-game – just sound effects.

While Sanxion may be too tough for some (myself included), it has to be said that it’s still a wonderful game. It’s beautifully-programmed and does what it does exceptionally well. Sanxion may not be as busy with bullets as something like Armalyte or Dropzone – it’s more like a memory game crossed with a side-scrolling shooter, than just a mindless blaster. 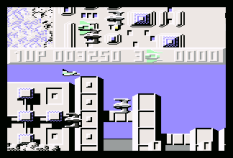 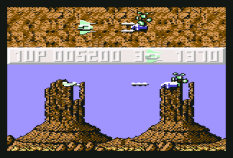 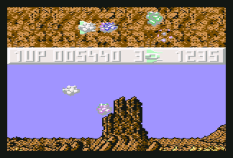 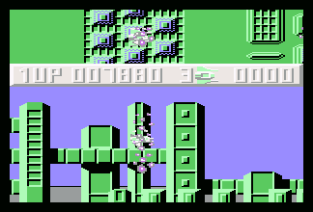 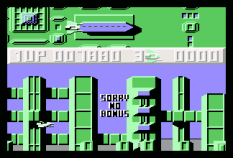 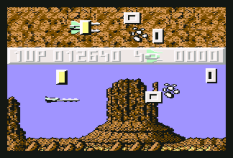 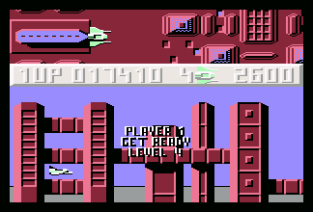 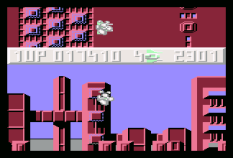 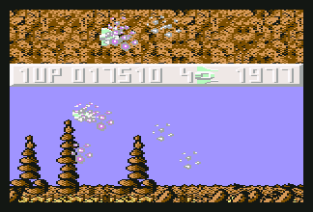 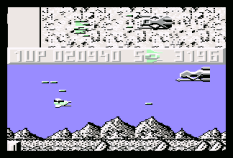 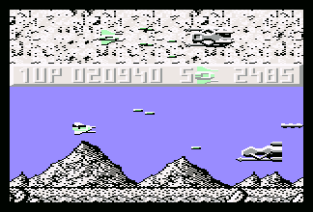 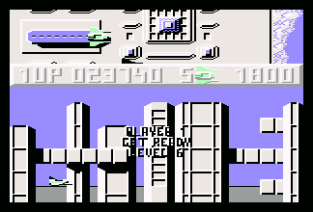 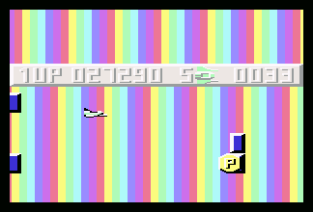 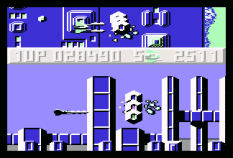