Developed by Sega and released for the Megadrive/Genesis in 1990, Castle of Illusion Starring Mickey Mouse is a masterpiece platform game that has stood the test of time extremely well.

The game itself is pretty simple: running, jumping, climbing, and swimming, with Mickey on a quest to save Minnie Mouse from the evil witch Mizrabel.

Mickey’s main weapon is his bounce, which he can perform while jumping and which helps him defeat enemies. He can also pick up items, such as apples and marbles, to use as projectiles to throw at enemies.

To defeat Mizrabel, Mickey must find the “Seven Gems of the Rainbow”, each of which can found behind a door, in a different realm, protected by one of Mizrabel’s henchmen. There are six different – graphically distinct – stages (The Enchanted Forest, Toyland, The Storm, Dessert Factory, The Library, and The Castle), with a boss battle at the end of each.

Castle of Illusion still looks and plays great to this day. If I had any complaint it would be that the Megadrive doesn’t have transparent pixels (like the SNES does), which means that the designers had to make do with using ‘stippling’ in the water sections (which is ugly and makes the game look dated). Otherwise: it’s marvellous (still).

A remake of Castle of Illusion was made by Sega Studios Australia in 2013 and is currently available on Steam. 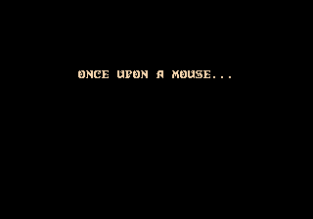 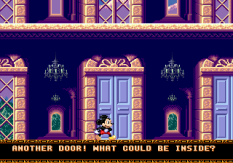 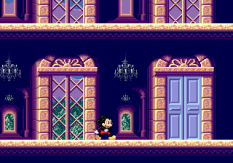 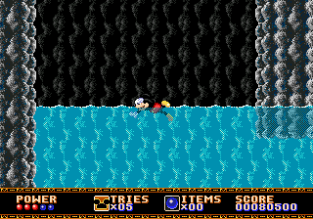 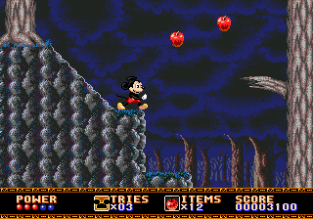 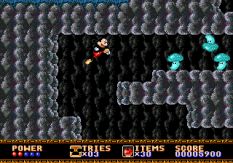 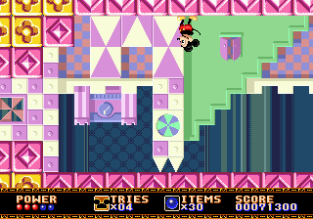 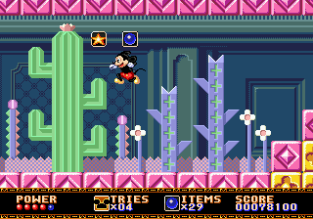 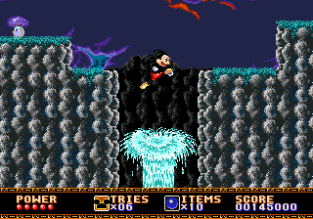 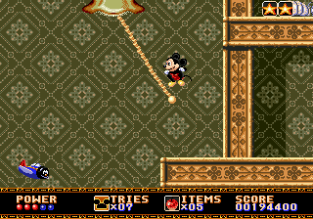 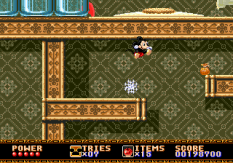 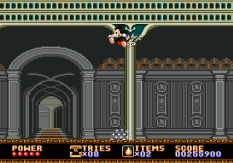 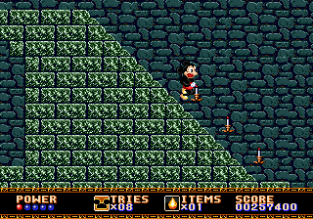