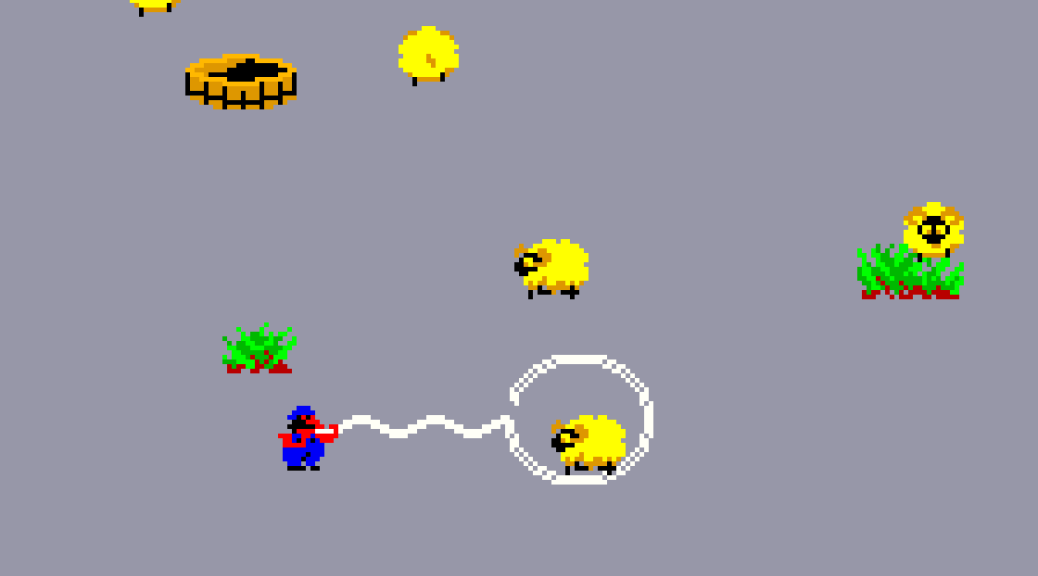 Lasso is an obscure arcade game, developed and manufactured by SNK Corporation in 1982. In it you play a rancher/cowboy trying to round-up his cattle with a rope.

The game generously gives you an opportunity to practise throwing the lasso at the beginning with a “warm-up” screen. Then you have to catch loose sheep and shoot fireballs at attacking wolves… Ah, you can’t make this stuff up… Let a wolf or any of your cattle touch you, though, and you lose a life. Lose all three lives and it’s game over.

If you complete the sheep level, it’s then onto the cow level at a slightly harder difficulty; then the horse level. And so on. Extra hazards, like fire(?) breathing lizards, also become more frequent as the stages progress.

Lasso is basic at best. Like Food Fight and Domino Man it is a video game idea that doesn’t really work that well in practise, but probably sounded good on paper. It’s fun for a short while, though. 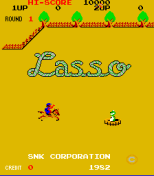 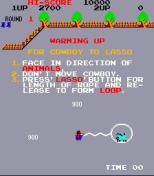 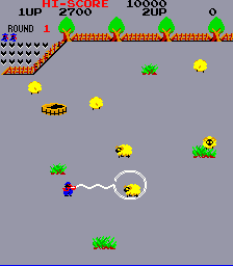 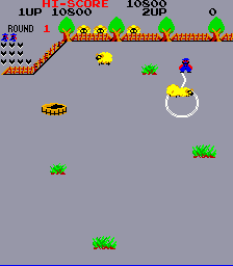 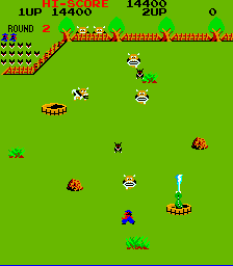 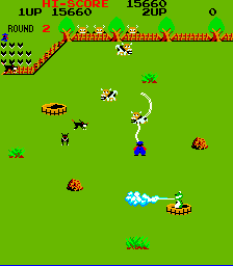 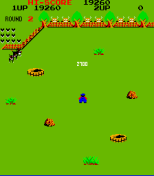 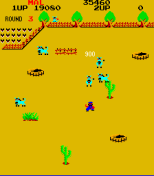