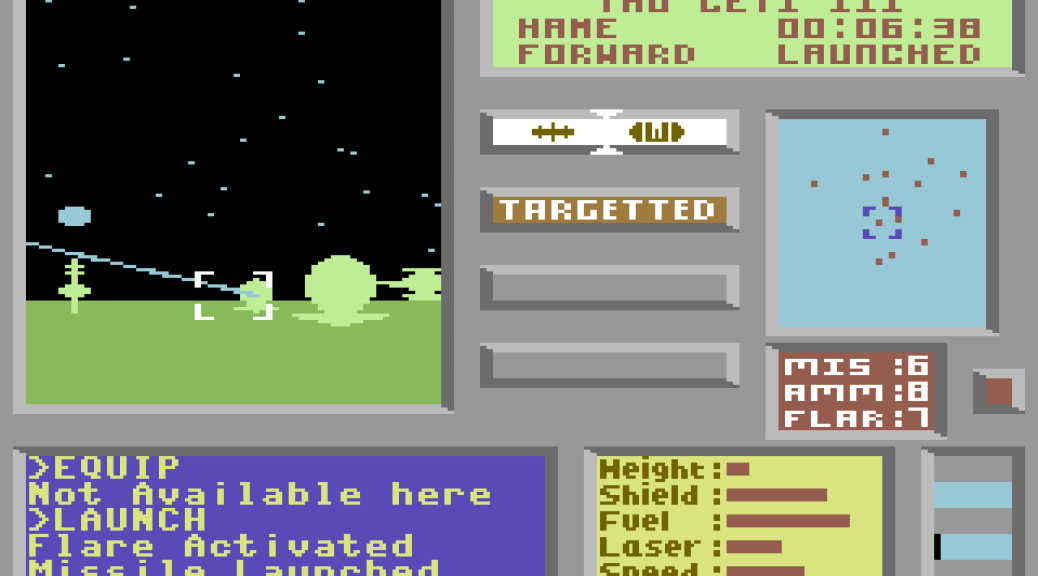 Graphically it’s a little chunkier, but the extra colours make a difference.

The only grumble I have is that the pilot’s name isn’t shown on-screen, like you see in all the other versions of Tau Ceti. It doesn’t change the gameplay, but there’s no real reason for its absence…

Tau Ceti is a brilliant game. You pilot a skimmer craft that can fire lasers and missiles and must fight its way through a network of cities to shut down a central reactor on the planet of Tau Ceti III (meaning: the third planet orbiting around the star Tau Ceti).

What is interesting about this game is that the central reactor is located in the capital city of Centralis, and you can ‘warp’ there (using a “jump pad”) from the very first city, Reema. That said: you don’t want to do that because you’ll die within seconds… What you must do instead is make your way there via every other city and dock with all the available buildings to find the parts needed to shut down the reactor. There are 40 parts in total and they are assembled like a jigsaw puzzle in the reactor rods screen (accessed by typing “RODS” when docked or landed).

When you have all 20 rods assembled you can then try to take on Centralis.

Tau Ceti is full of neat touches, like the shadows on the buildings, or the flares that illuminate the landscape, or the Infra Red view mode that has its own artificial blur effect, or the shooting stars that streak across the sky, or the star (Tau Ceti) rising and setting in the sky, or the built-in notepad… It’s pretty amazing how much is crammed into just a single 64K load.

If you take the time to learn how to play it, Tau Ceti really isn’t as difficult as it looks. Save often and always remember to hold down ‘J’ when moving over a jump gate to make those jump warps. Some people can’t seem to figure that out… because it’s not at all obvious!

Regardless: Tau Ceti on the Commodore 64 is one of the best space shooters of all time and a solid gold retro gaming classic. 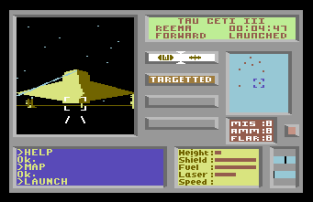 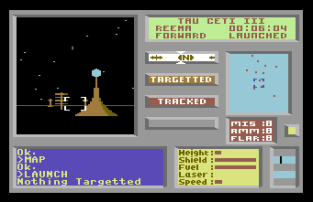 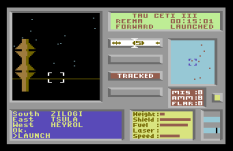 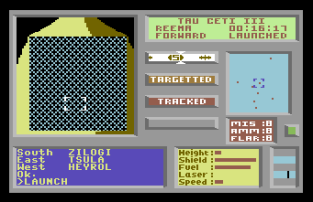 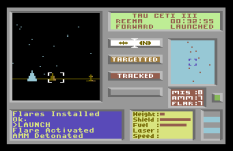 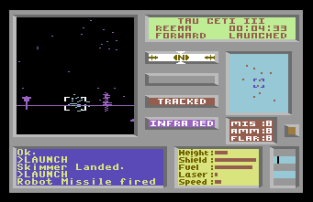 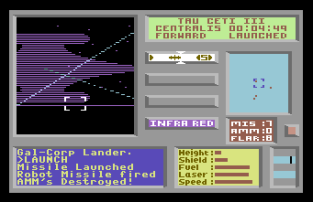 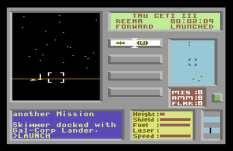 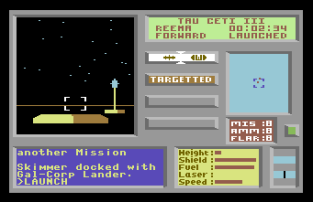 One thought on “Tau Ceti, Commodore 64”