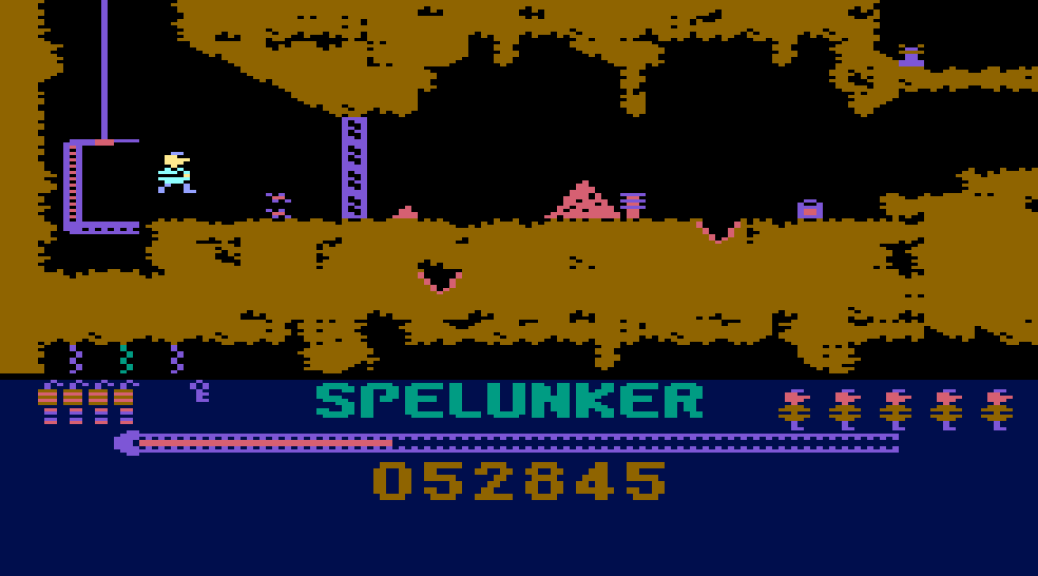 This 1983 scrolling platform game was quite influential when it was first released. A lot of people tried to copy it, but very few got anywhere near as good. This Atari 8-bit version is the original.

Spelunker is a single-player adventure through a large haunted cave where the aim is to collect dynamite (to blow up rocks that block the way), flares (to scare off bats), energy (for your ghost-killing Phantom Blaster), and keys (to open doors barring your escape). Also: there is limited air (your supply is indicated at the bottom as a purple and blue bar) and if you run out you lose a life. More air can be picked up via canisters found laying around the cavern.

Controlling the Spelunker is pretty easy – up, down, left, right, and jump – although you have to be very careful not to fall off ropes when jumping. Pressing the ‘D’ key will drop dynamite (run away from it when you do); pressing ‘F’ will shoot a flare; and pressing Space will activate the ghost gun, although you have to use it when the ghost is some distance from you, otherwise it might still reach you and kill you.

Spelunker is tricky and challenging, and still fun to play now, although is a little unforgiving with the controls. One slip and – wheee – you’re dead.

The game has been re-made a number of times over the decades and has even appeared on Nintendo‘s Virtual Console. 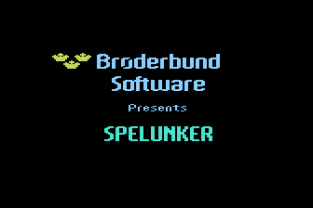 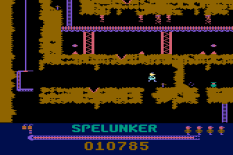 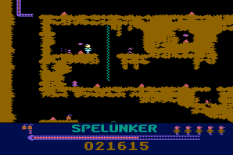 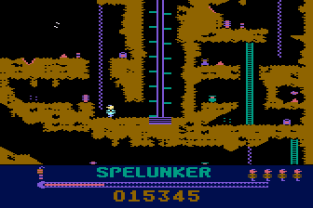 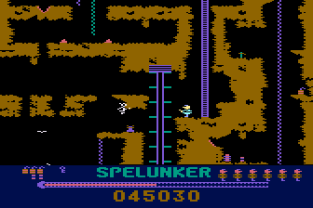 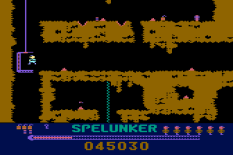 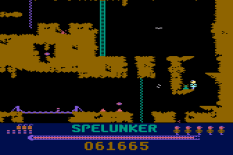 One thought on “Spelunker, Atari 8-bit”