Another Lucasfilm Games‘ classic that originated on the 8-bit Atari, Ballblazer is a one-on-one, futuristic ball game played out on a giant checkerboard, with players inside floating hovercraft.

The game gives you a first-person view of the action and the aim is to get the ball and hold onto it for long enough to shoot it towards the goalposts and to score a goal. The further away from the goal you are when you score: the more points you get.

The other player can ‘hit’ you to try to get you to drop the ball, but otherwise it’s you and him in the small arena, trying to outwit each other in these weird floating ships that always snap in the direction of the ball.

Droids with various difficulty levels give a single-player game, and of course a split-screen game like Ballblazer is made for two-player games, so playing against a human opponent is where the game is best.

Ballblazer might be simple, but it is also video-gaming at its best, and this Atari 8-bit version is the daddy of them all.

Note: I previously said that the Commodore 64 version of Ballblazer was the best. It really is debatable which version is the best. The Atari version runs faster and has a neat little intro. All the 8-bit versions are top notch. Which do you prefer? 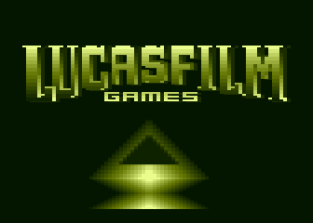 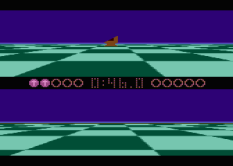 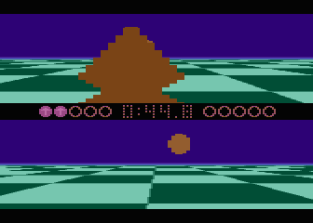 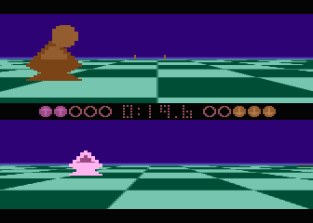 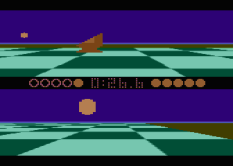 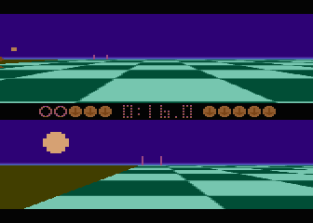