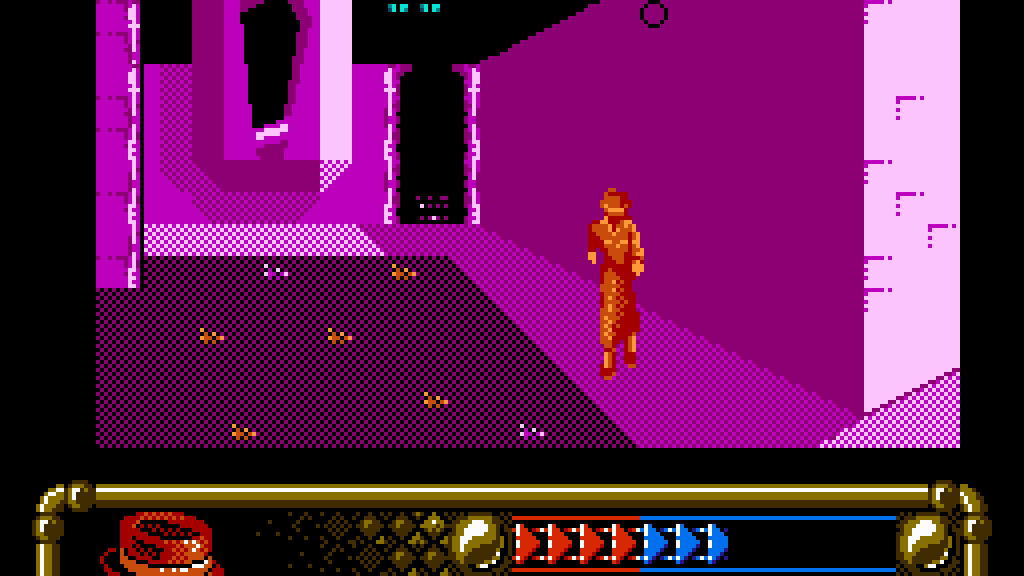 NOT the infamous 1985 Ultimate game, but an obscure action/adventure classic from Aussie developer Beam Software, first released on the NES in 1992.

Nightshade is a light-hearted, humorous point-and-click adventure with beat ’em up elements, based on a vigilante good guy called Mark. Yes, Mark.

Thankfully Mark’s superhero alias is the rather more snappy “Nightshade“. And as Nightshade you must ply your trade as a night time street-crawler, looking to batter bad guys and rescue women from burning buildings, because doing so increases your popularity. At the same time you must also hunt down the infamous villain “Sutekh” whose bad guy forces have overrun Metro City.

In many ways Nightshade is the spiritual predecessor to Shadowrun on the Super Nintendo, also developed by Beam and released the following year in 1993. Both games share a lot of similarities and Nightshade was obviously a big influence on the design of Shadowrun (considered one of the best games of all time on the SNES). 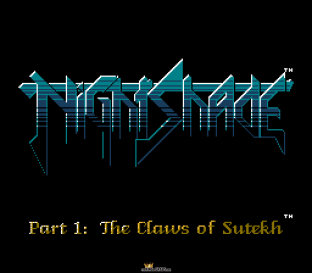 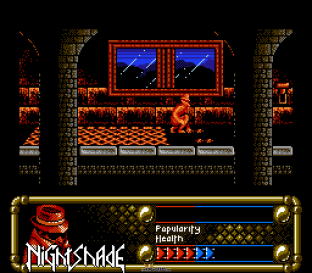 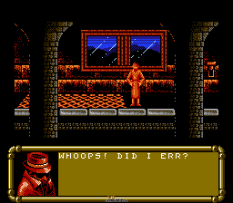 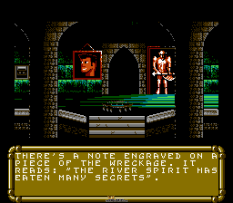 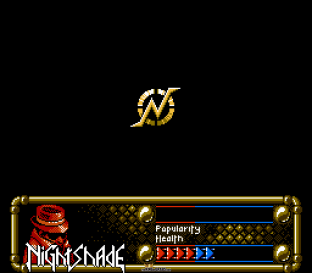 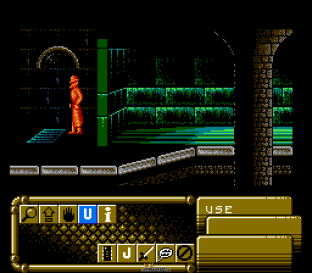 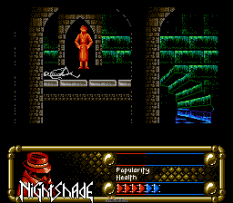 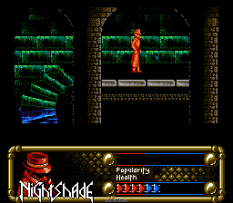 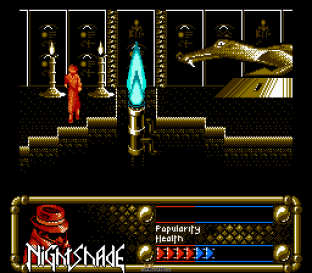 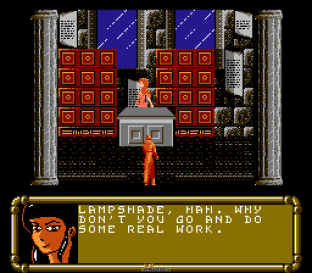 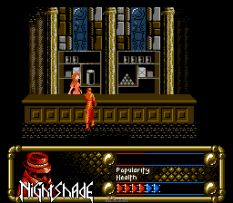 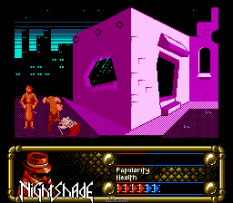 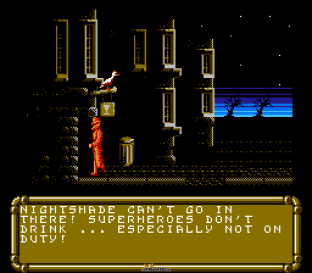 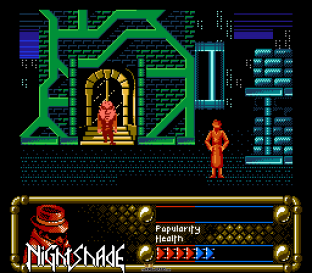 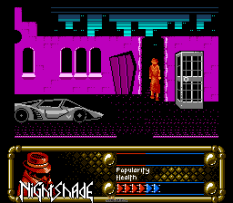 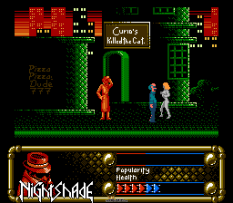 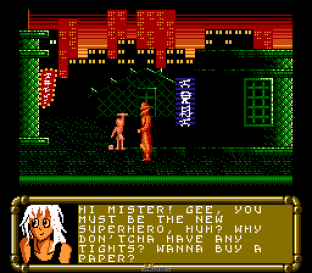 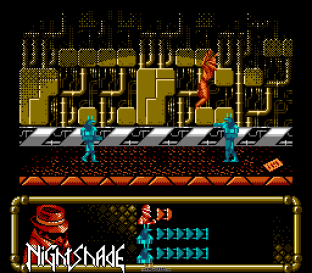 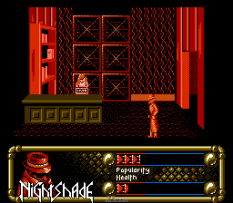 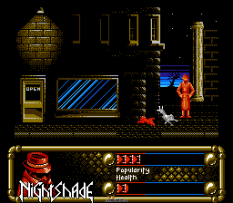 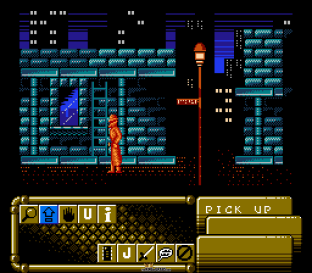 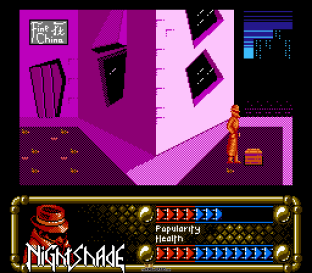 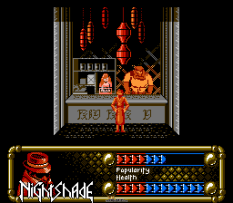 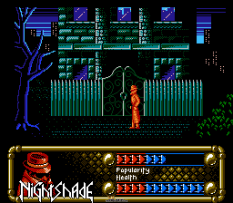 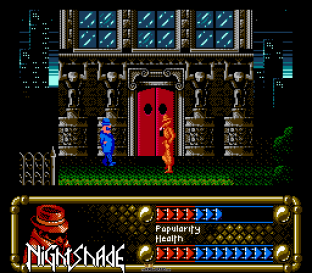 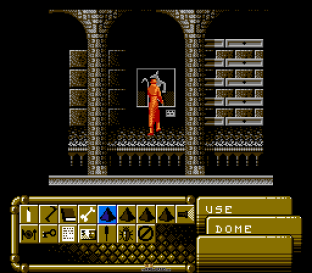 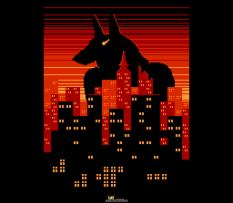 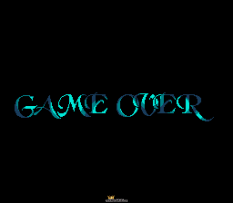