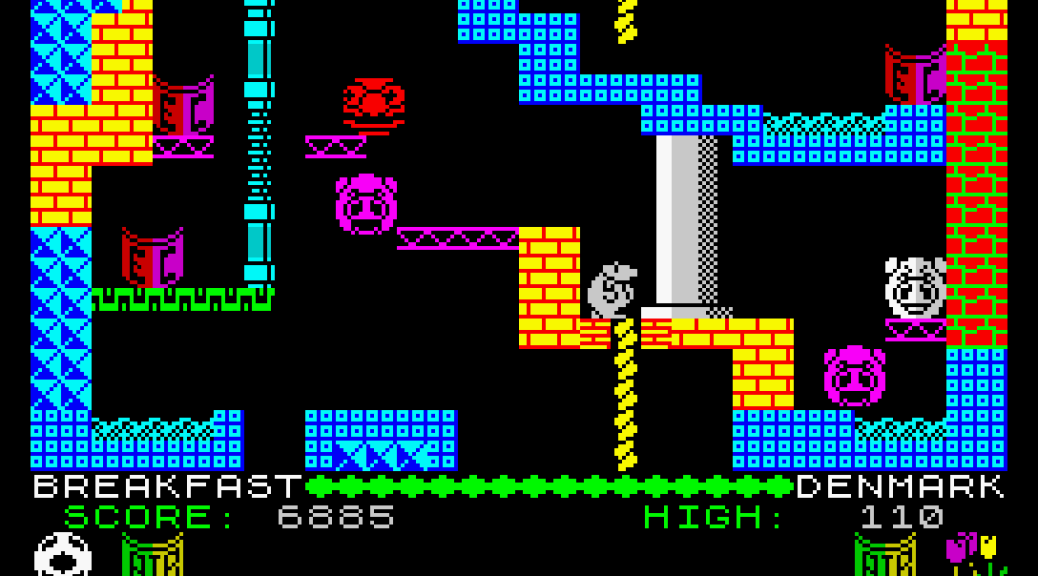 Peter Harrap and Shaun Hollingworth‘s Auf Wiedersehen Monty is an underrated sequel to Monty Is Innocent. It was first released by Gremlin Graphics for the ZX Spectrum in 1987.

At the time, Auf Wiedersehen Monty was – I think – unfairly reviewed by the gaming press, who I believe had become jaded by platform games. Or just jaded in general. The game wasn’t getting good reviews, but I felt that it was an improvement on the previous games in the series. It had more variety and was cleverly designed. The graphics were generally excellent too. It was more slick and better programmed than the other games in the Monty series. And it was also much bigger. But the games press just wasn’t having it.

Now, some thirty years after its initial release, I think Auf Wiedersehen Monty has weathered the test of time quite well. It’s still a great challenge. Still jolly, colourful, and – most importantly – fun! 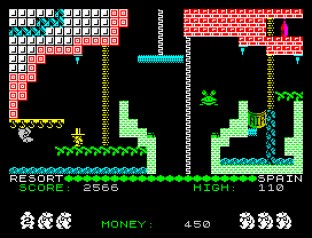 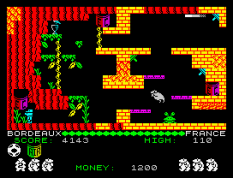 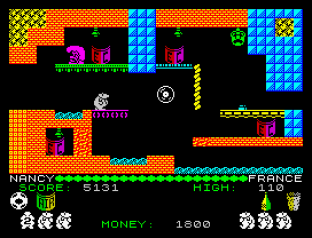 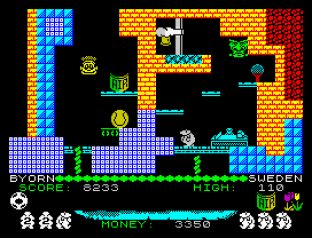