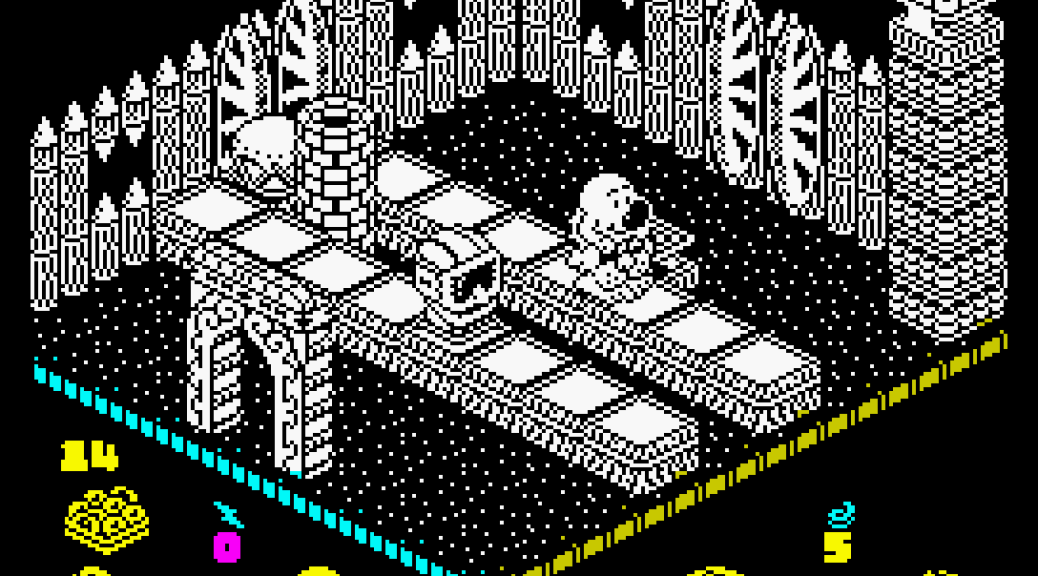 Jon Ritman did the programming and Bernie Drummond did the graphics. And the result was: Head Over Heels – an isometric platform game, published by Ocean Software, and featuring two different characters who can combine to become more agile.

Head is a face with arms, and can ‘fly’ using his ‘wings’. Heels is a pair of feet with a face, and who can run really fast. Unfortunately Heels can’t jump very far without help, and Head is quite slow. Both have their advantages and disadvantages. So you have to use each one carefully, and try to combine them whenever possible (it’s not always possible and often both characters are forced to split up), because – together – Head and Heels can jump further, move in mid air, and run really fast.

Head Over Heels may well be a ‘tribute’ to Ultimate Play The Game‘s Filmation system (as seen in Knight Lore and Alien 8), but it is a damn good clone – one of the very best in a sea of average clones on the Spectrum. Graphically it is possibly the least interesting of all the various versions out there, but it runs speedily, and is quite playable.

The puzzles and dexterity challenges are great fun and quite a challenge. The visuals have a huge amount of character. There’s lots to see and do in the game, with four different worlds to explore and conquer.

Head Over Heels came out on the humble ZX Spectrum first – in 1987, through Ocean Software.

More: Head Over Heels on Wikipedia 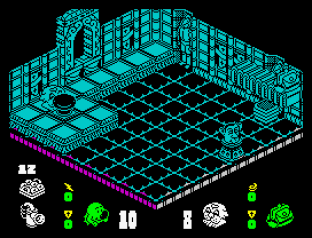 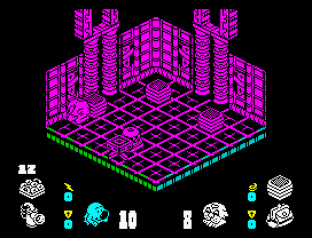 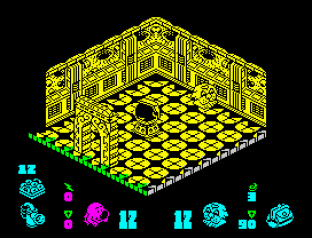 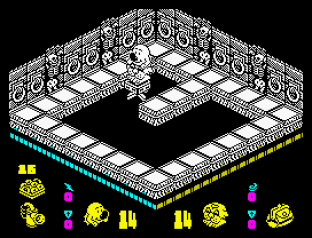 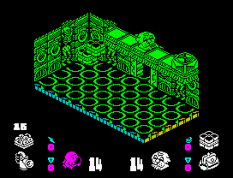 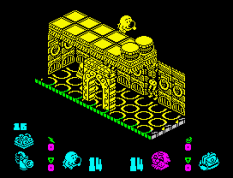 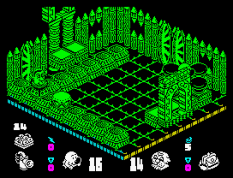 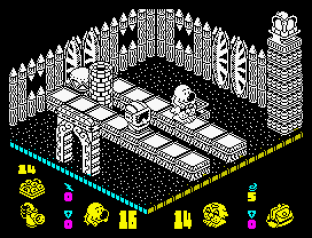