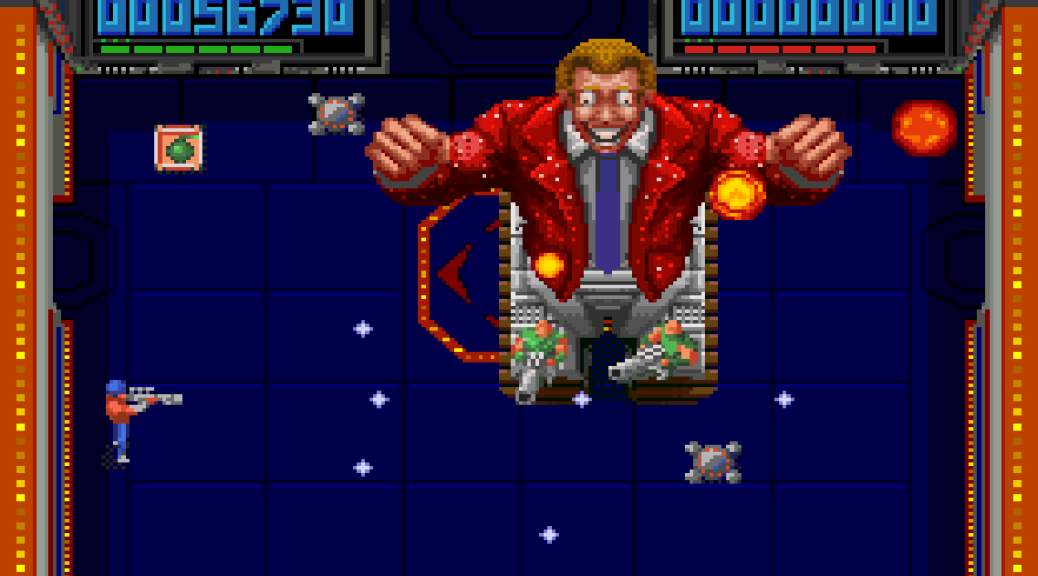 I was thinking to myself: “What’s the best out-and-out blaster on the Super Nintendo?” and a couple of names came to mind. Axelay I’ve already featured on here. Smash TV, I’ve featured the arcade parent, but not the 1991 SNES version.

Developed by legendary Australian outfit Beam Software and published by Acclaim Entertainment, Super Smash TV (to give the game its full and correct console title) is certainly one of the best shooters on the SNES. The SNES gamepad suits the eight directional shooting very well. The d-pad moves your guy, and combinations of the four fire buttons give you eight-directional firing.

All the screens and bosses from the arcade game are present and well-represented – all the speech, all the music and everything else. Beam and Acclaim did an exceptional job on the conversion, with the result being: one of the best and most fun shooters on the SNES – if not THE best. 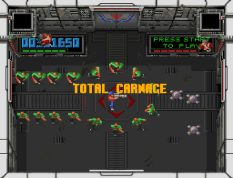 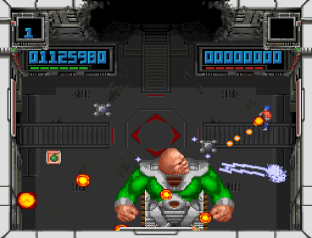 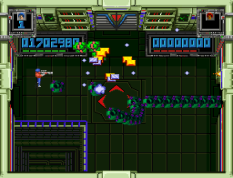 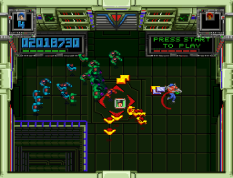 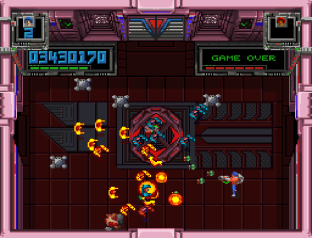 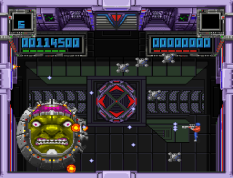