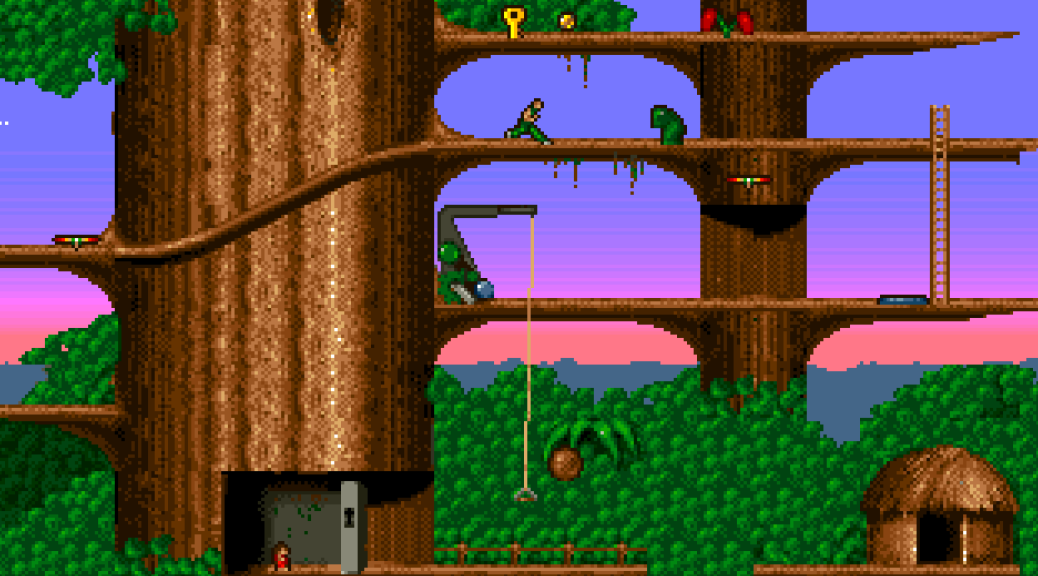 Benefactor is an unusual platform/puzzle game developed for the Amiga by Swedish team Digital Illusions CE and published in 1994 by Psygnosis. It could be described as a “miniature Flashback“, because it has similar game mechanics to that game, but tinier graphics.

You play futuristic ex-military ‘good guy’ Ben E. Factor [groan!] who is on a mission to save a group of alien “Merry Men” who have been kidnapped from their home planet and imprisoned over 60 levels.

Benefactor is a mix of game styles, with Prince of Persia-style platforming and Lemmings-style puzzles, with small well-animated characters and scrolling levels consisting of platforms, ladders, and other elements, like traps and switches. You control the main character as you would in a regular platform game and can run, climb ladders, roll, jump, and use items. The aim of each level is to rescue all the “Merry Men” and lead them to the exit. Once you’ve done that you then have to return to your starting point.

Coming into contact with hazards or hostiles reduces your health bar, which is shown at the bottom of the screen. It says on Wikipedia that “there is no life counter, so you effectively get unlimited attempts at a level”, but that’s not what I found. When I lost two lives, or if a “Merry Man” dies, then it was instant ‘Game Over’. “Merry Men” are not harmed by contact with hostiles but some hazards (like water) will kill them, meaning that you’ll have to re-start a level if that happens.

The game can be played at three difficulty levels. On easy, enemies do less damage; on hard, enemies do more damage and any damage taken is carried over to the next level (which is not the case in easy and normal modes). Your score for each level is calculated by how much health you have left and whether you picked-up any bonus items.

In later levels some “Merry men” might be ‘evil’, which is depicted by their monochrome colour. Evil “Merry Men” do not follow a preset route but will walk blindly forwards, without any regard to danger, on their path. You can turn these ‘evil’ “Merry Men” into ‘good’ “Merry Men” by dropping a bucket of paint over them before they’re rescued. You can also pick up and throw them, which took me a while to work out. Sometimes you have to throw them to certain places to complete a level – the very first level, for example, requires that you throw one to the very top platform to drop some shoes that will speed you up and widen your jumps. It took me far too long to work that out as I couldn’t find any instructions for the game.

When you’ve completed a level you’re given a ten character password so that you can continue from the next level.

Benefactor is an annoying game with okay graphics and reasonably challenging gameplay. The things I didn’t like about it were: the music, which I thought was inappropriate, overly-jolly tuneless dirge; unavoidable enemies; annoying, repetitive sound effects; the fiddly controls, and the fact that it was too easy to land somewhere on a level where you were stuck and couldn’t complete it. Which I found very frustrating. Although the game does give you passwords, no one wants to have to enter those ten times in a row because you keep getting stuck. I also found it inexplicable that the main character cannot swim and dies immediately when falling into water…

Overall I think Benefactor is ‘cute’, but a half-baked game with patchy level design, frustrating gameplay, and horrible music. It’s certainly not the ‘classic’ that some think it to be. 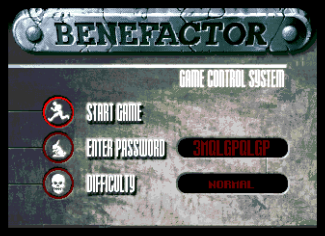 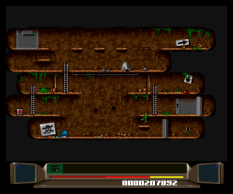 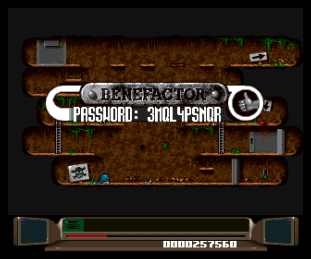 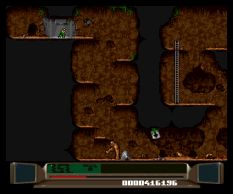 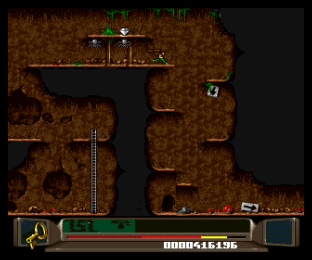 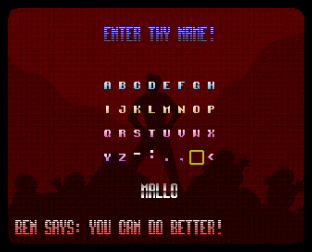 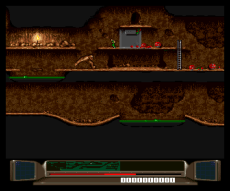 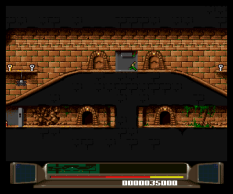 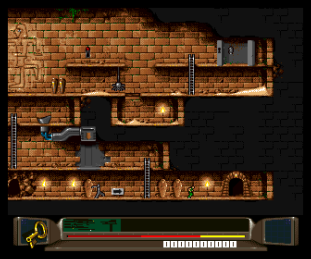 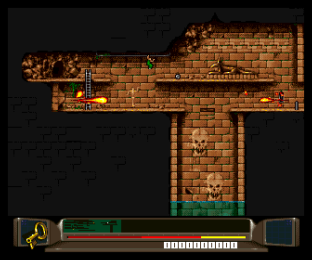 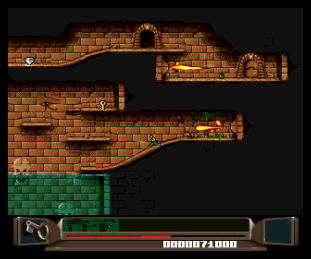 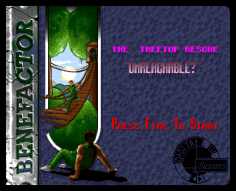 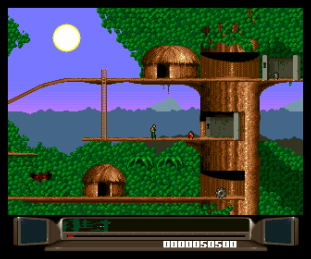 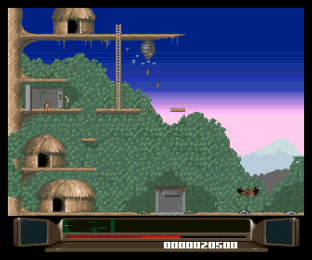 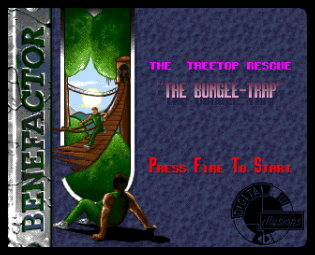