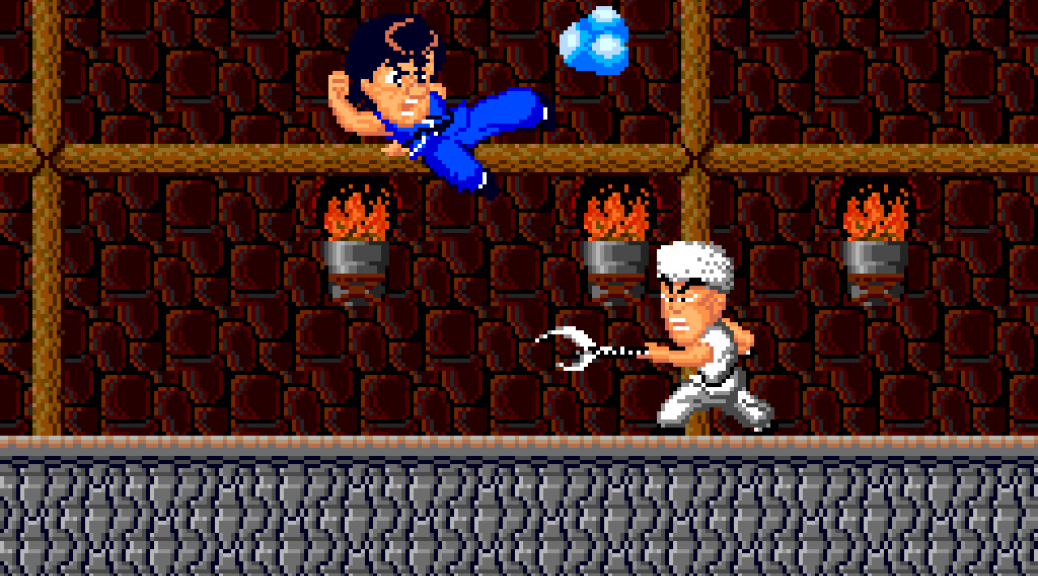 You of course play as Jackie Chan, who walks and jumps left to right, smacking enemies with his kicks and punches. Initially Jackie faces knife-wielding bearded men, pouncing tigers, and swooping birds, and each have their own move patterns and way of dealing with them. If Jackie is hit or touched by an enemy he loses one of the six health bars he begins with. When all six of these health nuggets are gone: it’s game over. You only get one life, but do get a number of continues.

Defeated enemies drop orbs, which Jackie can collect. If 30 are collected he gets his life meter re-filled, and his special move counter raised by five.

Controlling Jackie is simple enough. As well as the d-pad there’s a jump button and an action button. Jackie can do a variety of moves by pressing the action button while moving the d-pad in a certain direction, including a useful jump/kick that can be directed once initiated.

Bells dropped by certain enemies will take you to a special stage where you collect fruit by jumping on clouds, which is slightly different to the NES original.

The levels in Jackie Chan’s Action Kung Fu are fairly short and the backdrops change regularly. Some levels auto-scroll, either horizontally or vertically. There are rocking platforms (which are very SNES-like); disintegrating platforms, and enemies that throw projectiles at you. And, as you’d expect, the traps and hazards presented to you increase in difficulty as you progress.

Jackie Chan’s Action Kung Fu on the PC Engine plays similarly to the NES original, but with new graphics, sound, enemies and bosses. Given a choice between both versions, I’d pick this one as it looks better and plays better too. 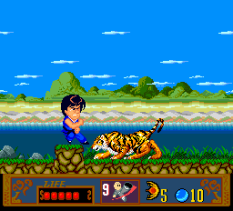 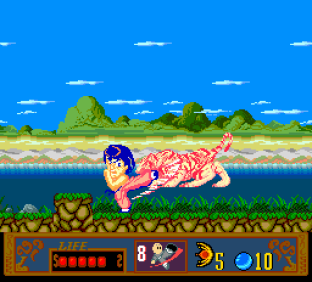 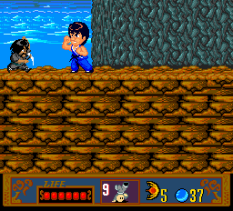 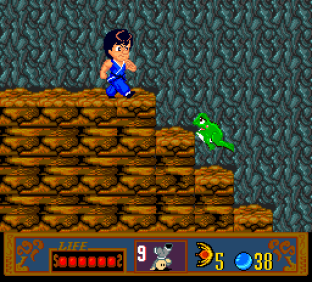 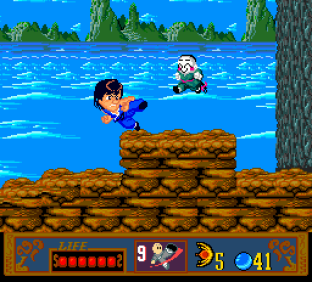 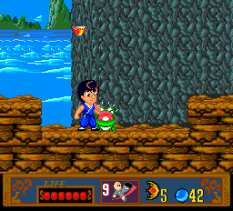 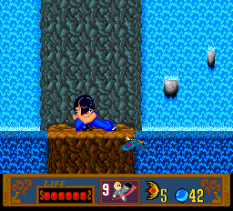 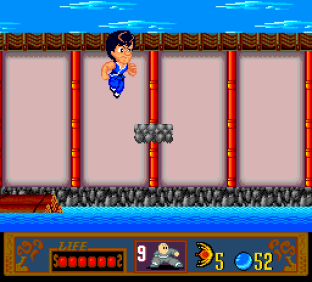 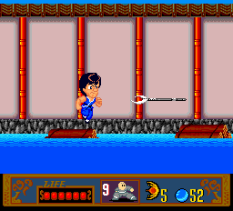 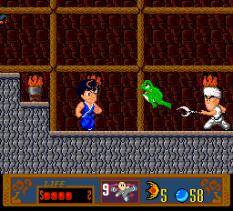 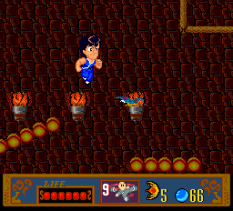 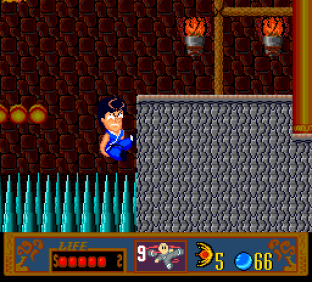 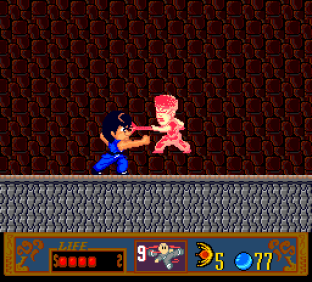 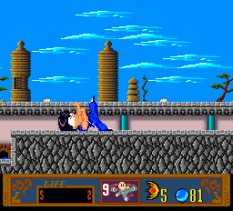