This excellent arcade fighting game from Irem was originated in Irem‘s North American office but programmed by Irem Japan and first came out in 1993. It apparently sold well in Japan, but didn’t do so well in the United States, so is considered quite rare in the West.

Ninja Baseball Bat Man is a side-scrolling beat ’em up for up to four players, playing simultaneously. It features four playable characters – Captain Jose, Twinbats Ryno, Beanball Roger, and Stick Straw – and each stage takes place in different parts of the United States.

There’s a boss battle at the end of each stage and also a driving minigame after each boss battle, plus an occasional ball-crushing bonus stage. The fighters can perform combos to string together multiple moves, can break parts of the scenery, and also smash crates and trash cans to get extra weapons, health boosters and power-ups.

Although Ninja Baseball Bat Man is somewhat formulaic in terms of gameplay it is extremely well designed and programmed, does feature a fair amount of spectacular set pieces, has beautiful, colourful graphics and is a lot of fun to play. Definitely a good multiplayer party game, if you’ve got other people around. 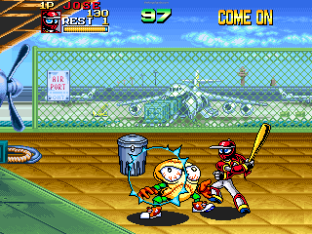 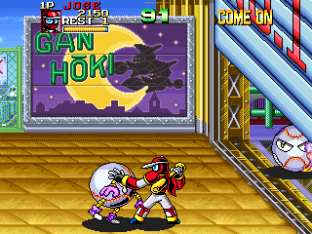 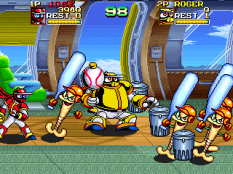 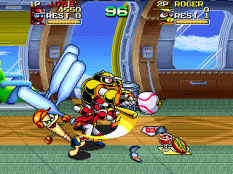 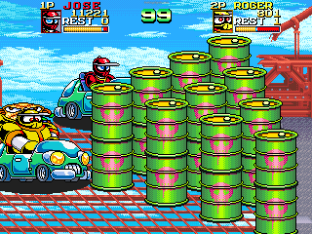 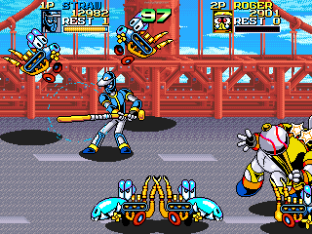 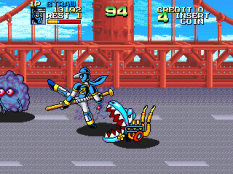 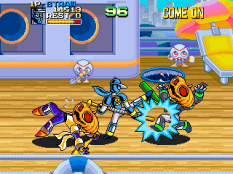 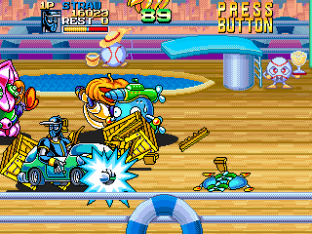 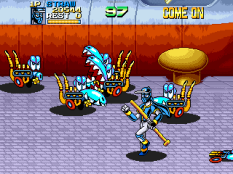 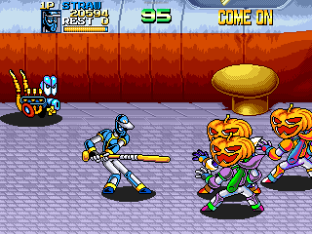 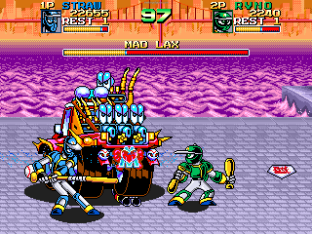 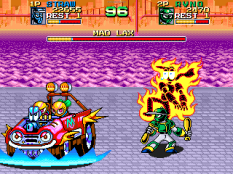 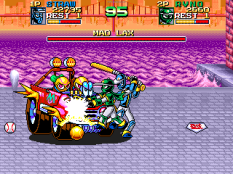 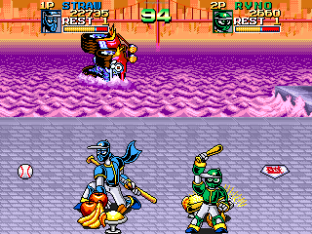 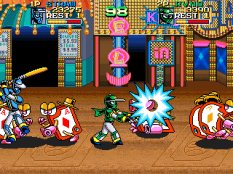 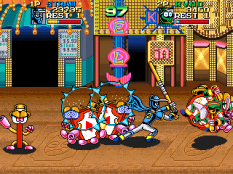 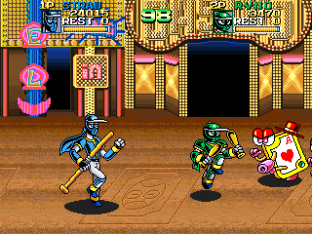 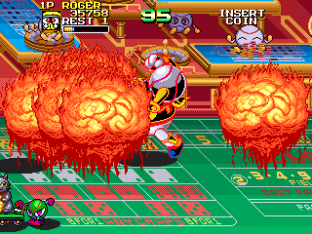 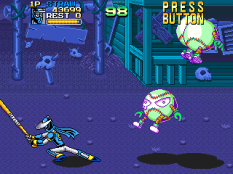 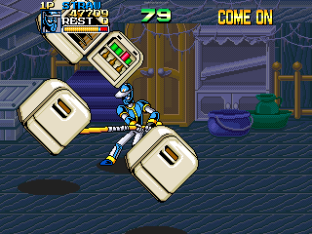 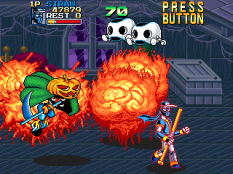