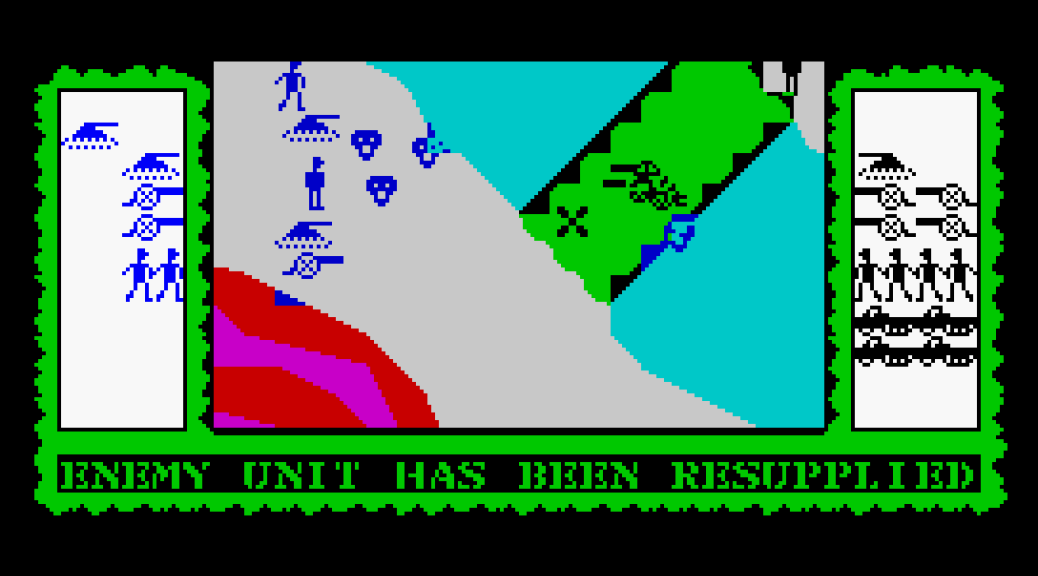 This 1983 release from Imagine Software is one of the earliest examples of a Real-Time Strategy game ever made.

It might not look like much, but Stonkers is an important game, and designer/programmer John Gibson probably never even realised it at the time.

In Stonkers you can choose an easy or difficult game and the aim is to defeat your opponent by attacking his units on the other side of the map, and making sure he doesn’t get resupplied.

There’s only one map, which is a pity, and Stonkers is single-player only, but it’s still a reasonable game considering its age.

Stonkers is very slow, with blocky graphics, jerky scrolling and colour clash, but the game is still playable – to a degree. It depends on what you’re prepared to put up with.

As influential as Stonkers was, it probably won’t appeal to many people these days. 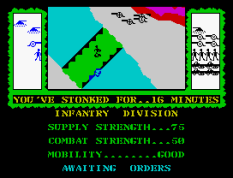 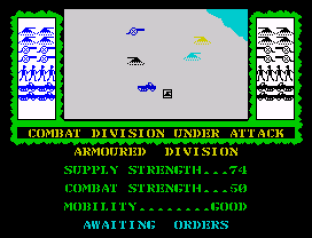 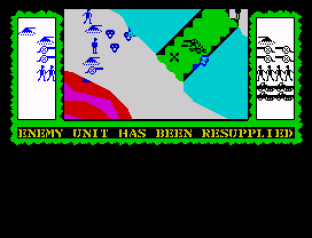 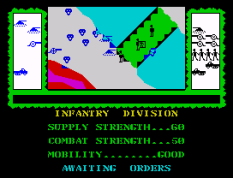 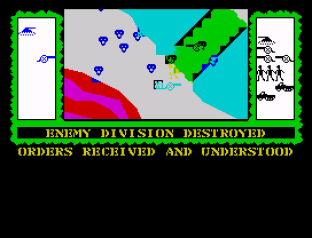