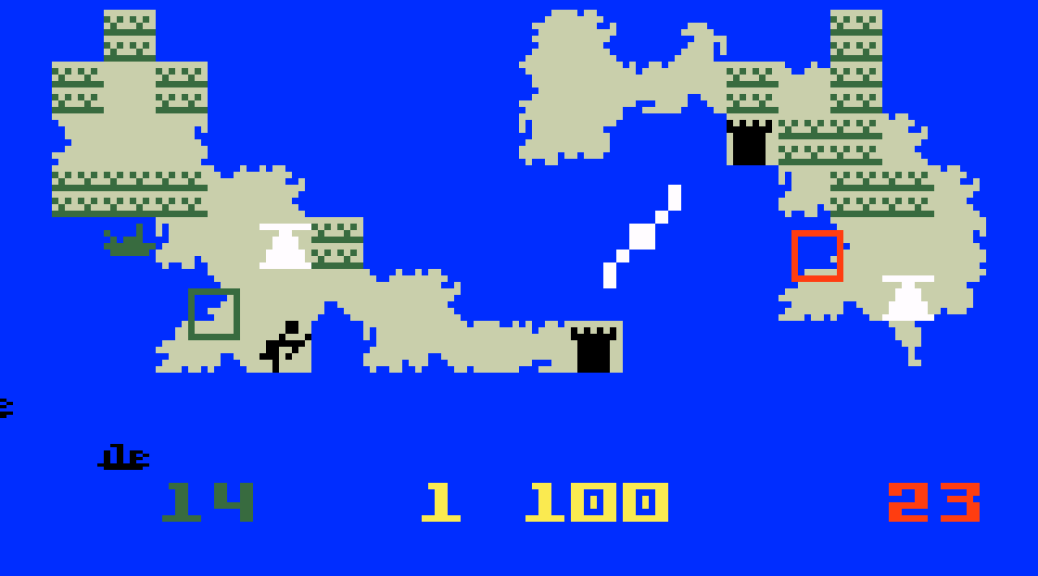 Utopia is probably the first ever Real-Time Strategy game ever made. It was designed by Don Daglow and was published exclusively for the Intellivision by Mattel in 1981.

The aim of the game is to populate an island and make money while at the same time keeping the population happy and dealing with natural disasters.

Utopia is a two-player game only, though, so there is no AI to give you a challenge. The challenge must come from another human player. Either that or you play on your own and ignore one of the two islands in the play area.

Although Utopia looks very basic, the gameplay is actually quite subtle and compelling.

The control system (where you have to press a number button, then press Enter to build something) is massively clunky, but if you can get your head around it then you might find a half decent game in Utopia.

Upon starting a game you are asked for a “Term of office” and this represents how many turns you have in a single game. You’re then asked for “Turn length” and this is how many seconds you have to act during a turn.

It’s worth remembering that you need to be earning money to build things and this is the tricky part. If you build crops, for example, your money seems to go up more quickly if rain clouds pass over them. Hurricanes will damage your buildings and crops if they pass over too, so Utopia has a significant luck component.

If you’re interested in the history of Real-Time Strategy games then Utopia is worth a look, as one of the very first examples of the genre. It’s no great shakes, though. Don’t expect too much and you won’t be disappointed. 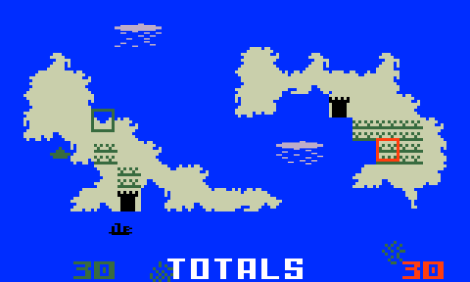