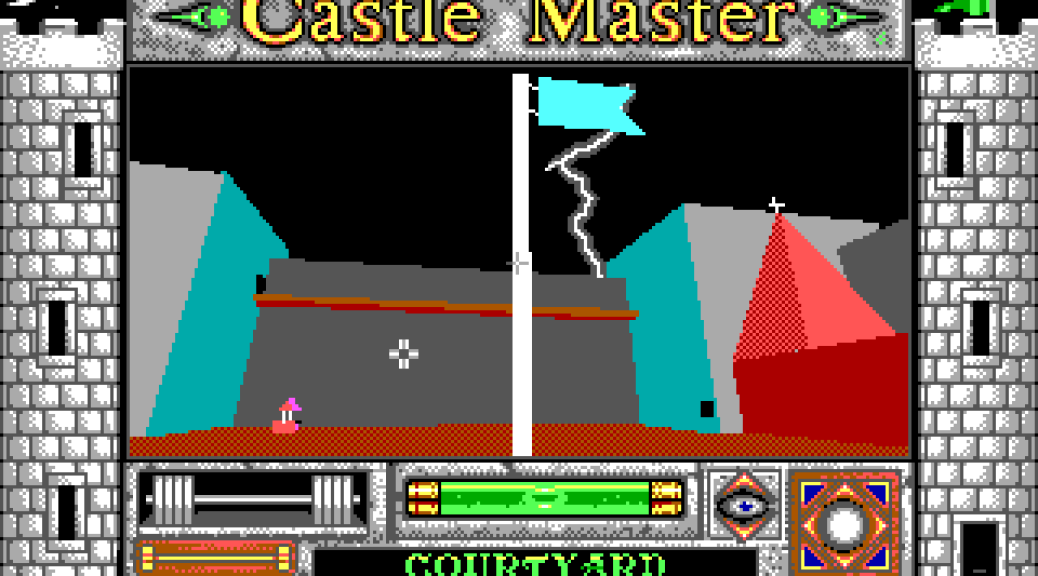 The PC DOS version of Castle Master was released in 1990. And, while the EGA 16-colour graphics are not quite a nice as those seen in the Amiga version, they are colourful enough, and move at a fast pace.

So fast, in fact, that on a modern PC you have to use a frame rate limiter to make the game playable. If you’re playing in DOSBox you can either set the “cycles” parameter in the config file to “auto”, or to a set number (try 400 if auto is too fast).

Castle Master is all about exploration and solving simple puzzles. That said: Castle Master does contain more complex situations than previous Freescape games. Like having to drain the swimming pool to find a secret door. Which wouldn’t have been possible previously, probably.

In many ways it is the culmination of years of development of the Freescape engine and it works very well for what it is. Of course it’s pretty laughable by today’s standards, but was cutting edge for the time. The Freescape games really were the first open-ended, fully-explorable 3D games ever made. And so they suffer a little from old age, but that doesn’t make them irrelevant.

Playing the PC version of Castle Master is – for my money – the most fun you can have with the game. The fast speed makes all the difference. Even the Amiga version had moments of slowdown, but that doesn’t seem to occur here. If you’re struggling to make headway, find a walkthough.

There was also a Castle Master sequel, called The Crypt, which is also worth playing.