The ZX Spectrum version of Total Eclipse was the first version of the game released.

Using the legendary Freescape Engine, Total Eclipse is an Egyptian-themed exploration/puzzle game set in a primitive 3D world. Primitive because it was one of the first ever games to allow games-players to explore a 3D world in this way, and it worked quite well, in spite of the low frame rate and slowdown.

The basic idea is to explore a pyramid (starting at the front, but don’t forget the back entrance…) and to make your way up to the apex room, to the shrine of the Sun God, Re. Not an easy task, it must be said, because there are many locked doors and traps between you and it, not to mention the ever-present danger of dehydration.

You have a revolver, a watch, and a bottle of water. Thankfully you can refill the bottle at water fountains, although your water levels do drop constantly while you’re exploring.

In spite of the sedate pace, Total Eclipse is also a race against time. You have exactly two hours to reach the Sun God’s tomb, before there’s a total eclipse and the end of life as we know it. So no pressure…

Total Eclipse is a classic game that is still interesting to play now (as are all the Freescape games to be honest), although it is not the best version of the game available. The Amstrad and Amiga versions are arguably better.

A direct sequel, called Total Eclipse 2: The Sphinx Jinx, was released in 1991. 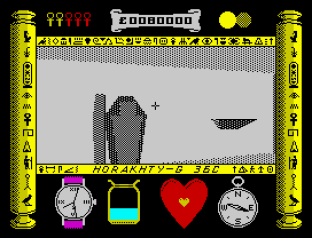 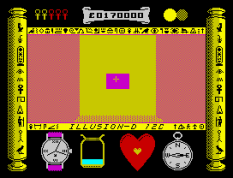 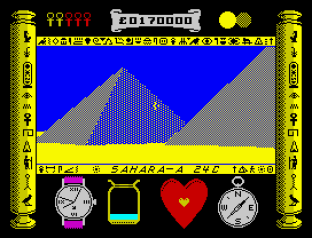 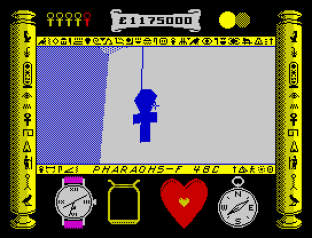 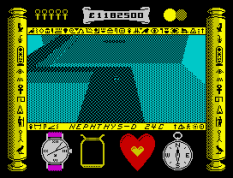