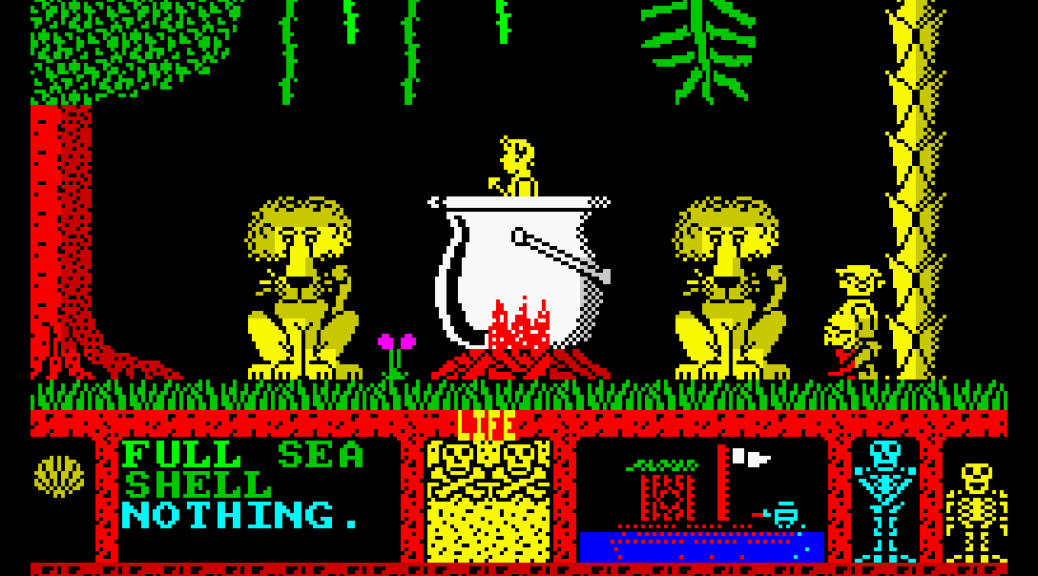 The fifth and final Wally Week game, Three Weeks in Paradise was published by Mikro-Gen in 1986, for the ZX Spectrum and Amstrad CPC.

As the title suggests: this time there are three members of the Week family on this particular graphic adventure – specifically: Wally, Wilma and Herbert, trapped on a tropical island inhabited by cannibals.

Unfortunately Chris Hinsley – the guy who wrote this (and all the previous Wally Week games – except Herbert’s Dummy Run) – decided that only Wally would be playable. Wilma and Herbert remain only as motivation – you don’t get to play as them.

Three Weeks in Paradise plays similarly to Pyjamarama in that you can only carry two items at once, and that certain items do specific things (the bow and arrows let you fire an arrow, for example), which means having to think quite hard about what to carry and to where.

The tune that plays during the main game is quite jolly – a blatant rip-off of the theme from The Addams Family. And when the game slows down (which is quite often) the tune also slows down, which makes it sound unintentionally funny. Thankfully it can be switched on/off with a press of the ‘5’ key.

Something else that can be switched on or off is Wally’s infamous colour clash. The yellow attribute box that used to follow him around can now be switched off by pressing ‘3’. Funny that this feature would come at the end of the series. Oh well.

There were 48K and 128K versions of Three Weeks in Paradise made available. The 128K version had a small number of extra screens and an extra AY chip tune on the title screen. These grabs are from the 128K version. 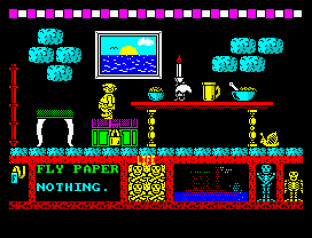 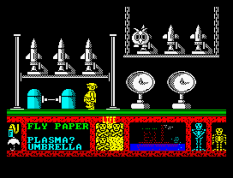 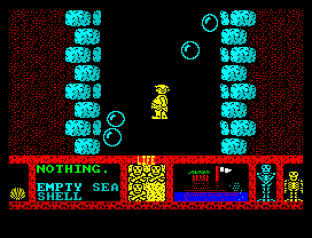 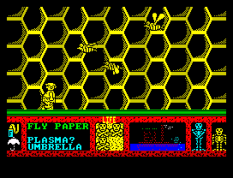 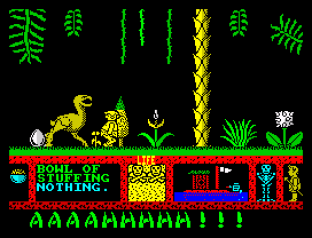 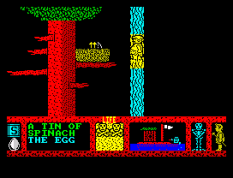