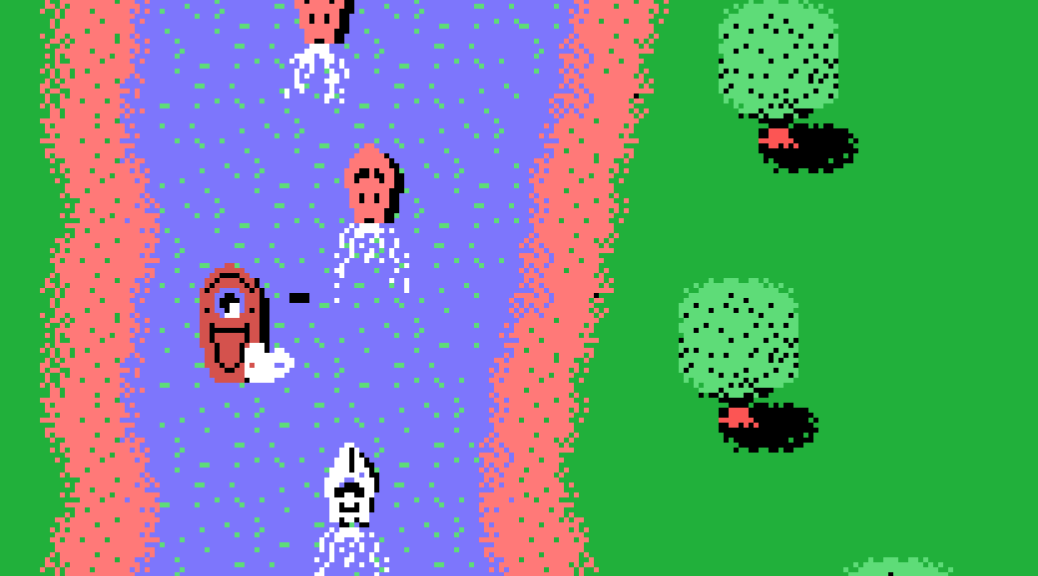 Coleco‘s 1984 conversion of Bally Midway‘s classic Spy Hunter is a bit of a pale imitation of the arcade parent.

Graphically, it’s a little bland, but the scrolling is fast (I won’t say ‘smooth’, but it’s not jerky) and the sprites and backgrounds are colourful.

There are no gears in this version; acceleration is basically ‘push forward’ and brake is ‘pull back’, which makes play easier. Maybe too easy. There don’t seem to be any enemy helicopters either, which is a bit of an oversight.

ColecoVision Spy Hunter is reasonably enjoyable. In 1984 most Spy Hunter fans would have been pleased with this at home. Now, though, things have moved on a bit and those rose-tinted spectacles are cracking a little. 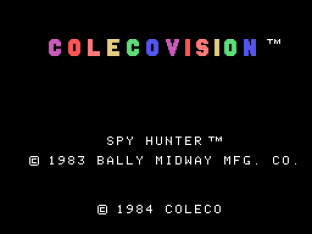 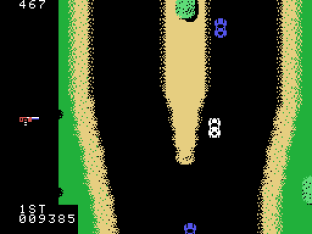 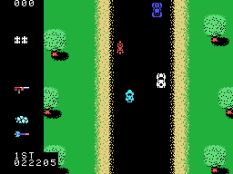 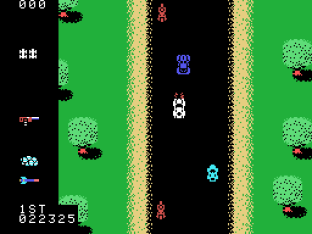 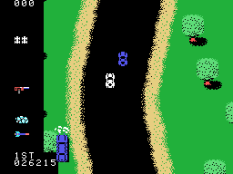 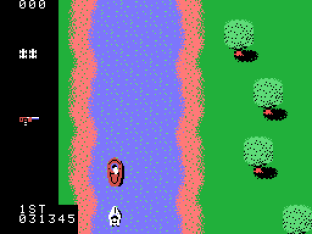 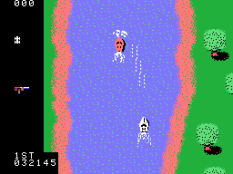 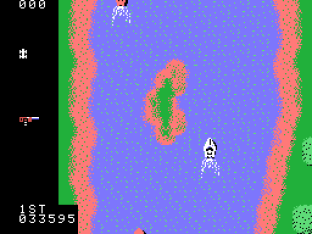 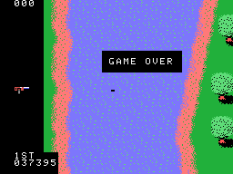