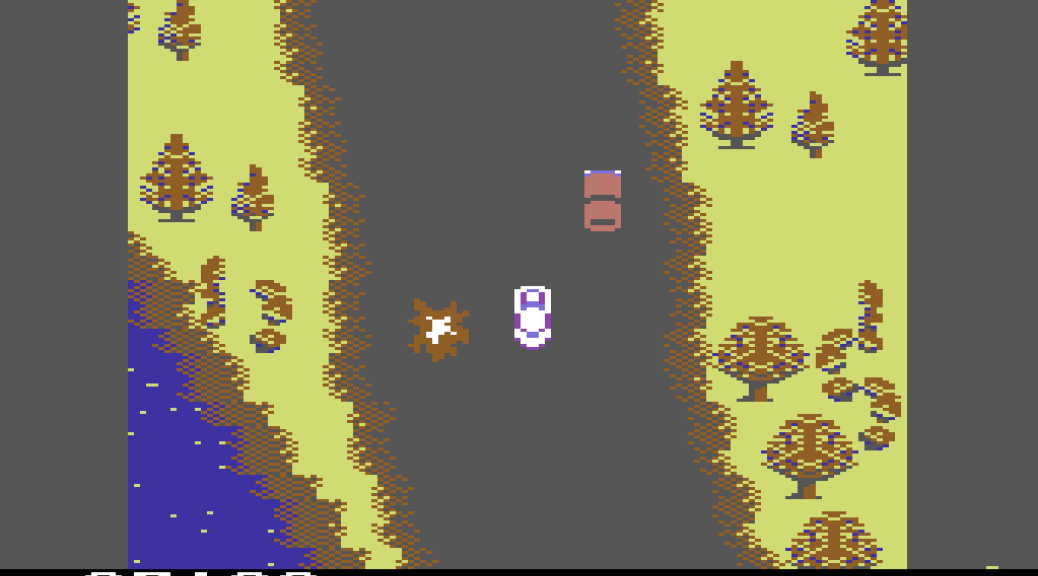 I remember buying this back in 1984 and enjoying it. Playing it now, though, I can’t help but think that it was a lot better all those years ago…

The Commodore 64 conversion of Spy Hunter is fast and smooth, but the graphics are very chunky. And there’s an annoying, flickery glitch at the bottom of the screen – where the black stripe meets the scrolling playfield – which is a pity.

Commodore 64 Spy Hunter plays well enough. The car seems to have quite a lot of inertia. Enemy helicopters don’t attack very often. Again: it’s a bit of a pale imitation of the Bally Midway arcade parent, but a reasonably successful home computer rendition – and by Sega, of all people.

The Commodore 64 version of Spy Hunter was also released on cartridge. 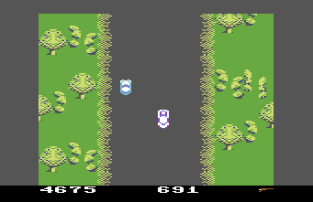 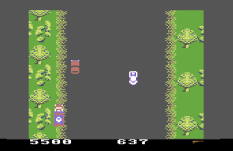 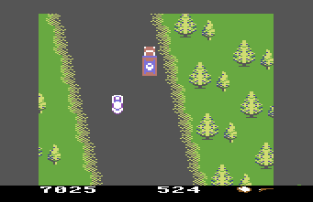 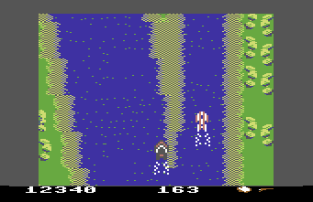 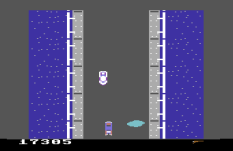 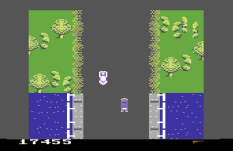 One thought on “Spy Hunter, Commodore 64”