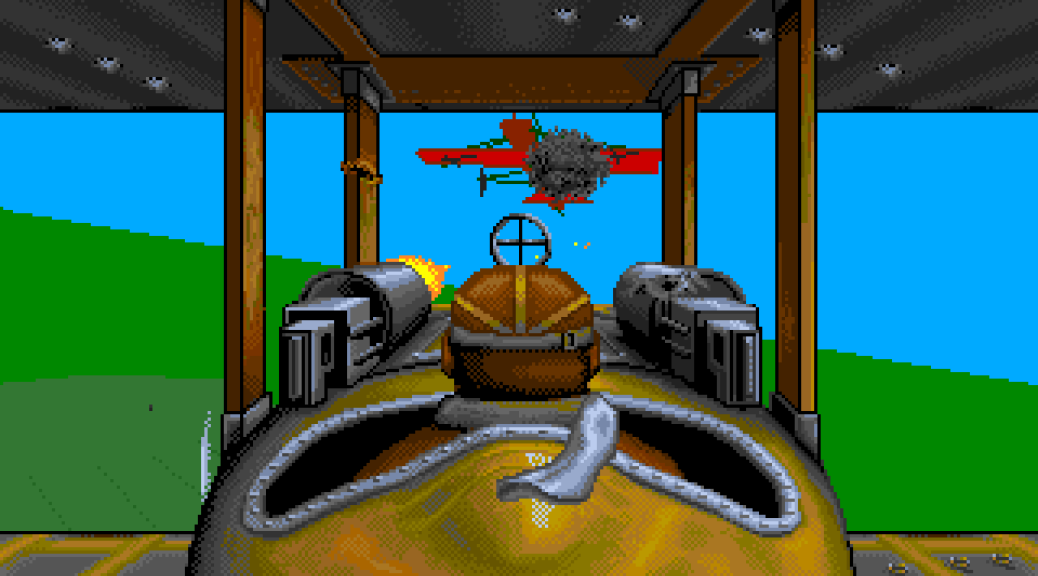 One of Cinemaware‘s last games, Wings was released in 1990 to critical acclaim.

It’s a First World War-based scenario, with you piloting a biplane over German lines, dogfighting enemy fighters and bombing positions on the ground.

Dogfighting uses a third-person cockpit view, with simple 3D graphics, and bombing runs use 2D bitmapped graphics (with overhead and isometric viewpoints). Cut scenes – like in all Cinemaware games – use high quality 2D graphics throughout.

As you create and lose pilots you get a great feeling of loss from the game, which is as it should be. You don’t recreate First World War battles and have everyone cracking jokes every ten minutes… The subject matter is treated with respect, and the result is: Wings is one of Cinemaware‘s (and the Amiga‘s) best games.

Note: Wings was re-made for the Game Boy Advance in 2002. and remastered for the PC in 2013. The remaster is currently available on Steam and GOG.com. 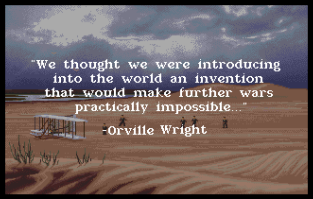 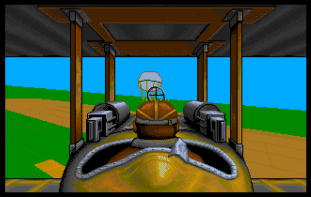 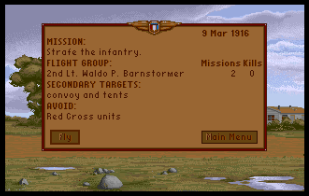 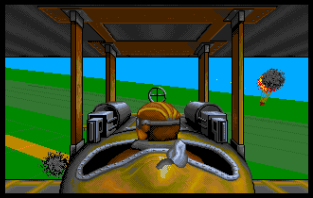 One thought on “Wings, Amiga”