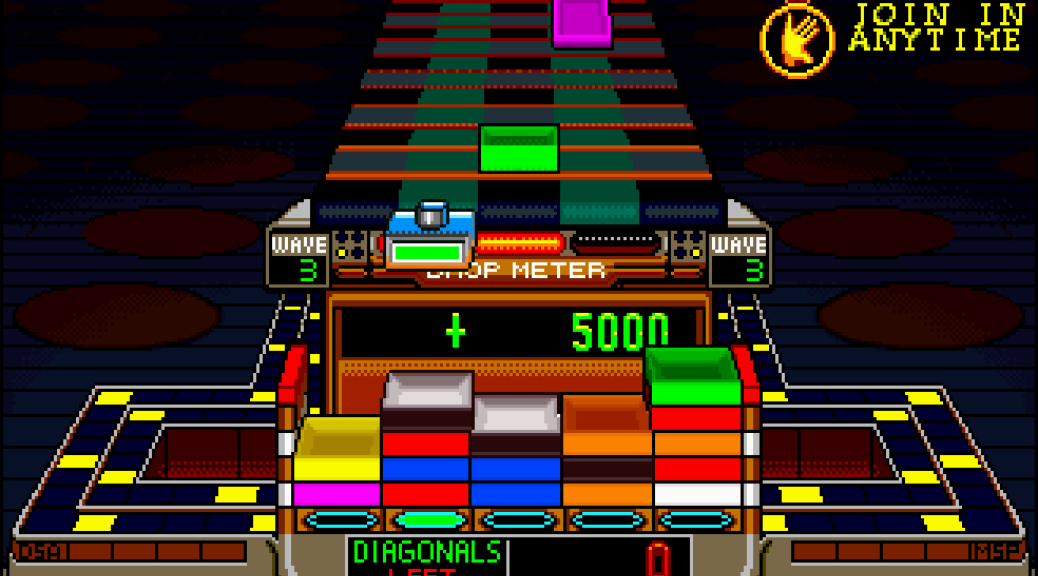 It says “copyright 1989” on the title screen, but Klax actually made it into arcades in June 1990. Klax is a real-time puzzle game – for one or two players – with falling tiles that you must catch, then drop, into a small trough at the bottom of the screen.

The idea is to arrange the tiles in rows of colours, either in straight lines or diagonals. The paddle, on which you catch the tiles, can hold up to four of them at once and drops them from top to bottom (ie. it drops the first tile you caught last and the last tile you caught first).

A ‘Klax‘ is a row of three tiles. A row of four tiles counts as two Klaxes. Some levels require you to get a certain number of Klaxes, and others: a certain points total. Early levels are fairly easy, but quickly increase in difficulty.

Klax is a very easy game to understand (even if my explanation doesn’t quite cut it), and an absorbing and exciting game to play. It’s a bit like Tetris in some respects, and is almost as good.

This arcade original was created by Atari Games and remains a solid challenge. 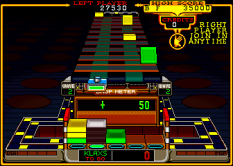 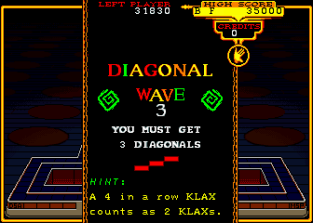 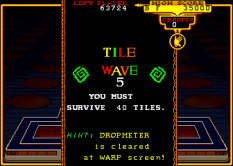