Bust-A-Move 2 is the console name for the famous arcade game Puzzle Bobble 2. Thus: the “Arcade Edition” subtitle. I’ve no idea why they changed it – it just makes things confusing.

Puzzle Bobble 2 is a brilliant game though. It was initially released into arcades by Taito in 1995 and this arcade conversion came a year later via Acclaim in 1996.

Bust-A-Move 2, or Puzzle Bobble 2, or whatever you want to call it, is a simple game of lining-up matching-coloured bubbles. You fire the bubbles upwards, and if you get enough bubbles of the same colour touching, they pop. As the timer ticks down, the roof descends, and if it gets too low you lose the round.

Single-player you can play Bust-A-Move 2 in a variety of modes – story mode; time attack; puzzle mode; split screen versus against the computer. As a two-player game it is immense, though.

In my mind: Puzzle Bobble 2 is one of the greatest games ever made, but is unrelentingly jolly and in-your-face (so be prepared for that). It’s also pretty challenging! You don’t play Bust-A-Move 2 to relax though… 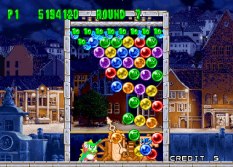 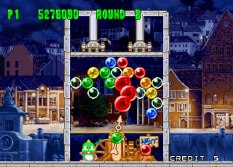 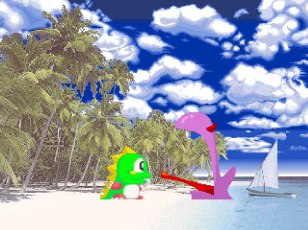 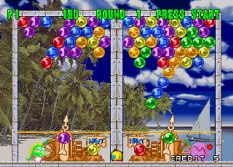 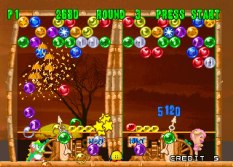