Excitebike was a launch title for both the Japanese and American release of the Nintendo Entertainment System video game console, in 1984 and 1985 respectively.

It is a great example of taking a simple idea, distilling it down, and making a great, playable game out of it. Excitebike was so successful, in fact, that it also appeared in arcades (as “Vs. Excitebike“, using the “VS. UniSystem” arcade board), and it has also been made available via various unlockables in more recent Nintendo releases. I wouldn’t be surprised if you could buy it from Nintendo now, via their online shop, for a few pounds or dollars.

One thing is for sure though: in spite of it looking a tad bit simplistic, Excitebike is a refined and playable racing game. A little frustrating if you don’t know what you’re doing, but, then, aren’t all games like that? 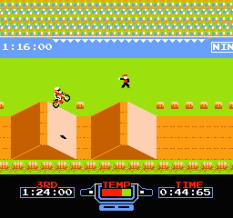 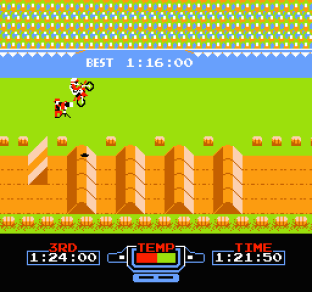 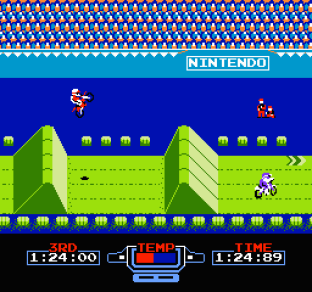 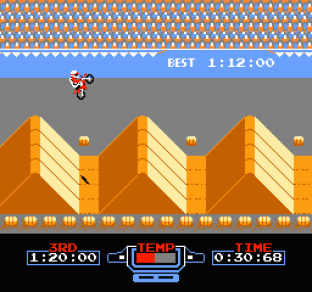 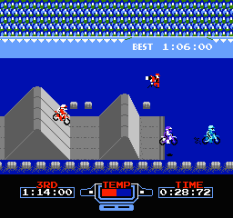 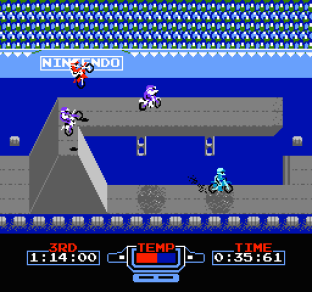 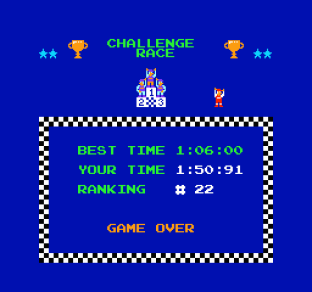 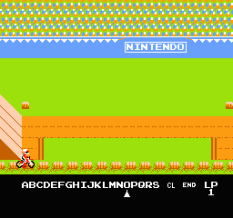 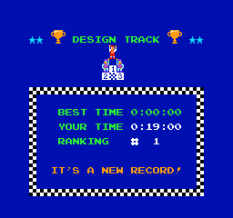 One thought on “Excitebike, NES”