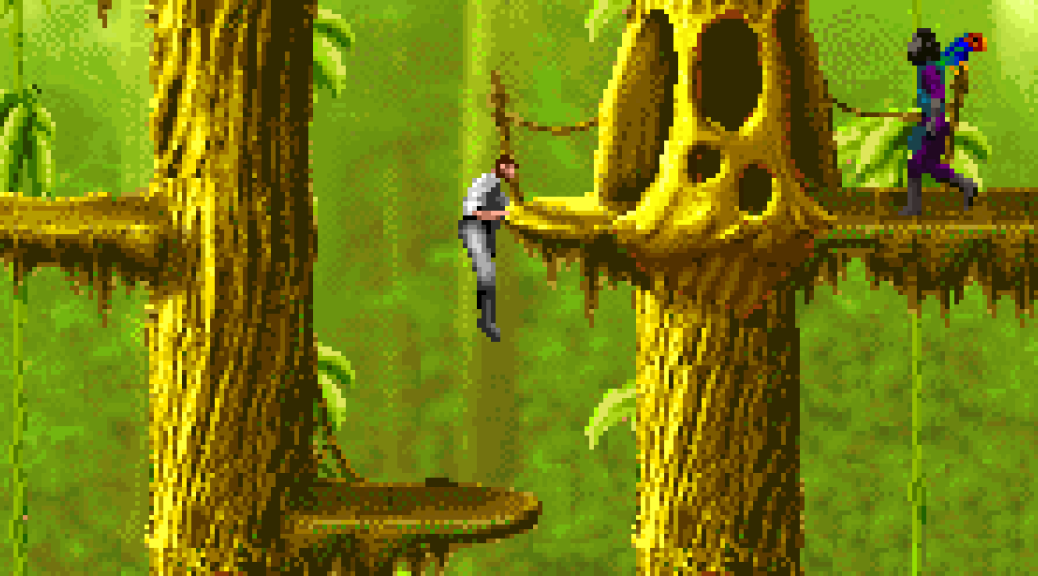 The Game Boy Advance version of Planet of the Apes is somewhat different, visually, to the Game Boy Color version, although it is basically the same game underneath. Graphically, the GBA version goes for a “digitised”, more realistic look, which I don’t think is as appealing as the pure 2D drawn look of the GBC version. It makes the game look more like an early ’90s Amiga game, which I think dates it significantly.