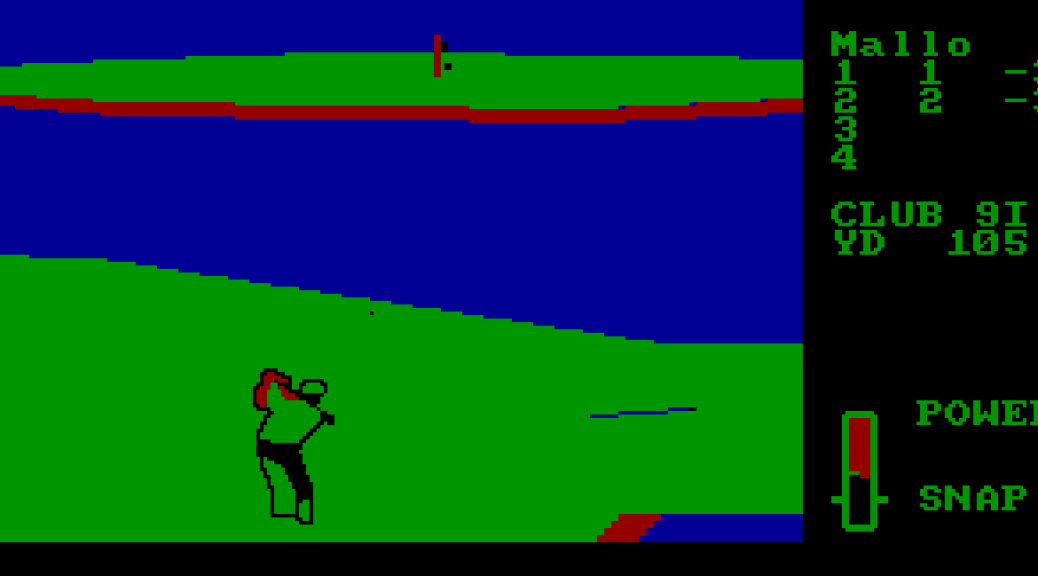 I’m not quite sure what’s going on with the graphics but they seem really dark and low contrast on the Amstrad. I don’t know why the programmers didn’t make better use of the machine’s capabilities.

The drawing and animation of the golfers is dire. They have ridiculous, square feet and bright red skin and look nothing like their C64 counterparts.

The landscape sometimes becomes deformed in a way that I haven’t seen in any other version of Leaderboard. This can be seen in some of the screenshots below. Why this happens I don’t know, but it’s probably something to do with the way the screen is drawn and deficiencies in the programming.

The ball (which is black and not white) flickers horribly when moving – often disappearing entirely, and when it hits the water it looks like it floats on top of ice, rather than making a splash… On occasion I even saw the ball bounce off the water back onto the fairway…

The keyboard layout (ZX for left/right; DR for down/up, and 5 for fire…) is stupid and you can’t redefine the keys. There also doesn’t seem to be an option to use a joystick. I certainly couldn’t get one to work and was massively frustrated with the sluggish controls from the outset.

Sound is mostly non-existent, and when it does occur it’s horribly farty or just nondescript white noise…

Putting is truly awful. When you press fire to begin a putt the power meter shoots up way too fast. Much faster than it should do. The power you apply to putts can vary wildly, but still have the same effect. Sometimes the player is even put in a position where a putt seems impossible, because the hole is not directly in front of them, as it should be.

For some unknown reason the programmers also decided to put the wind indicator inset onto the green – inside a green box – rather than in the information panel on the right side of the screen. A green box overlaid on the green grass just means that this information box is swamped when there’s grass behind it (which is most of the time). They really should’ve put the wind indicator into the right-hand info panel, just like in the original game. This is yet another example of the thoughtless lack of care put into this conversion.

The scorecard doesn’t even show the scores of all participating players together, either. It splits them over individual screens, with a button press required between each, which is just stupid. One screen, showing all the player’s scores together, would have been far better, more logical, neater, and just better for the game. There is just so much wrong with this conversion that it’s clear the programmers didn’t give a shit and were not thinking straight.

This is an absolute travesty of a conversion to be honest. So much so that programmers Roy Gibson, Ian Weatherburn, and US Gold should be ashamed of themselves. Amstrad users deserved better than this amateurish turd. This sullies the great name of Leaderboard (and Access Software) and should be consigned to the dustbin of history forever – or re-made by someone who understands how great Leaderboard is and how the Amstrad can do so much better. That US Gold charged money for this dreadful con-job of a conversion just makes me angry… 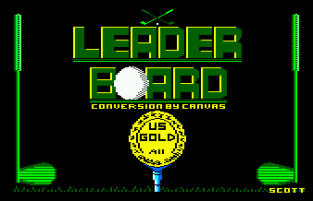 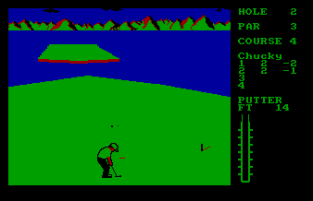 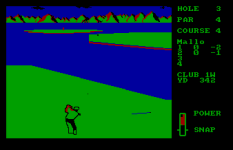 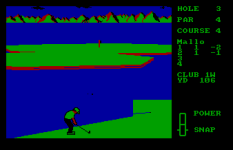 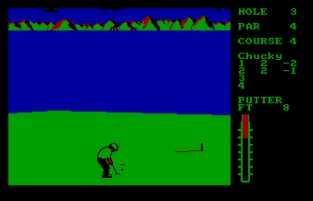 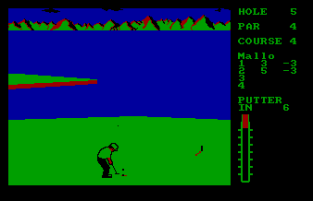 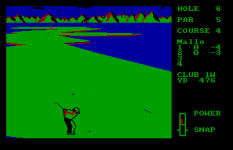 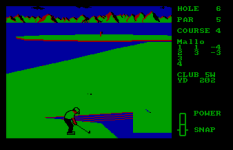 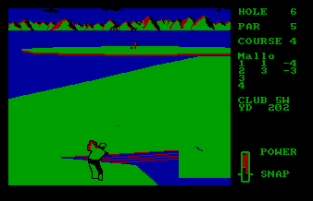 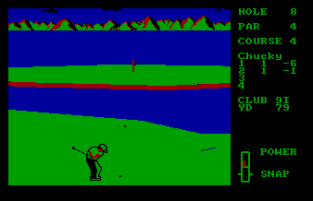 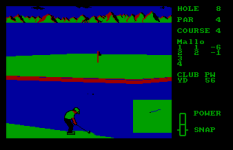 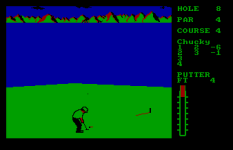 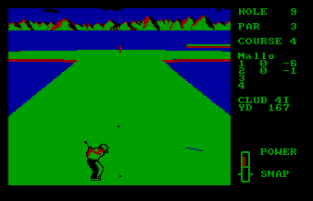 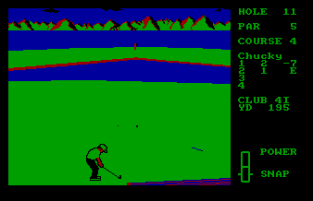 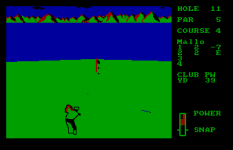 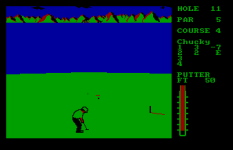 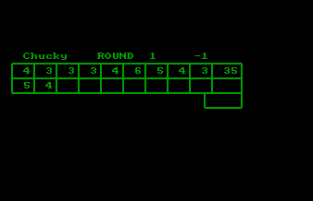 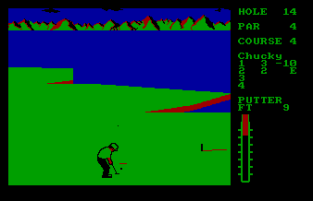 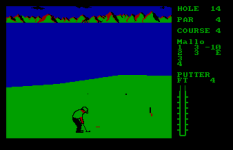 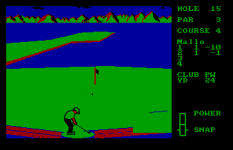 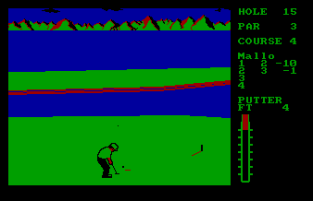 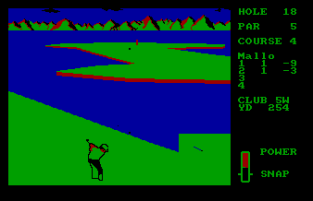 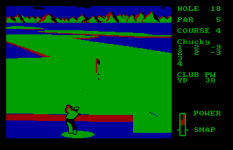