Licensed from an Orion Pictures film of the same name, Navy SEALS is a surprisingly decent release from Ocean.

No one remembers the film at all, although quite a few remember this 1990 game, and generally think quite highly of it.

Navy SEALS was written in-house at Ocean by a small team of British coders and it is an excellent side-scrolling action game with good graphics and atmospheric music. Reminiscent, in some respects, of an early Metal Gear game, or of Saboteur.

Navy SEALS is broken down into six different stages, although essentially you do the same on each stage: plant explosives on crates, and try to stay alive while doing it.

It’s a run-and-gun, platforms and ladders game with a strict set of rules. Like the way your guy jumps (he glides), or the fact that you can’t shoot while crouched, but your enemies can. You also can’t shoot mid jump, which means that you have to position yourself carefully to survive most encounters. Ducking at the right time, and timing your shots correctly, is key to survival.

If your guy falls too far he’ll lose energy, or die outright if it’s a big fall, and at times it’s frustratingly easy to fall off ladders to your doom. Thankfully he can grab onto ladders in mid jump, and also shimmy up certain types of platforms if they’re within reach. Oh and he can also shoot diagonally, which is not only useful but also essential in later stages.

Later missions introduce better weapons, up to and including a rocket launcher, which is very useful (and also thankfully doesn’t kill you with proximity damage if used on a nearby enemy).

Navy SEALS is a decent Commodore 64 action game. Ocean were so confident of it that they also released it on cartridge, as well as on tape and disk. 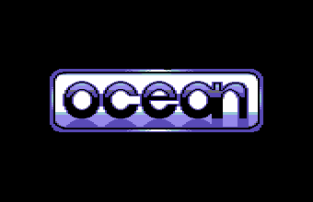 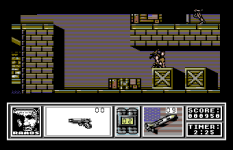 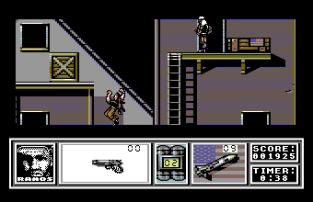 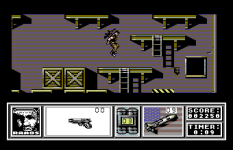 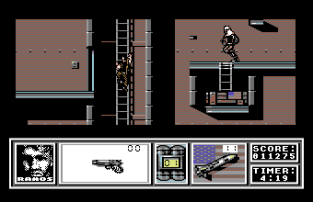 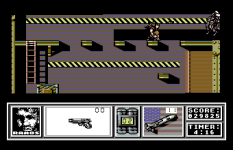 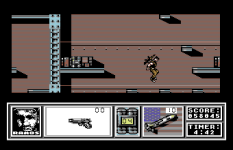 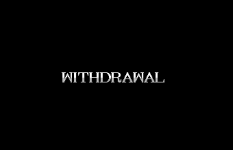 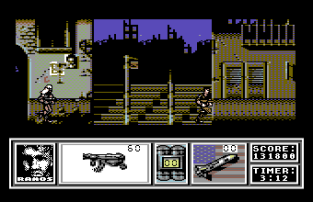