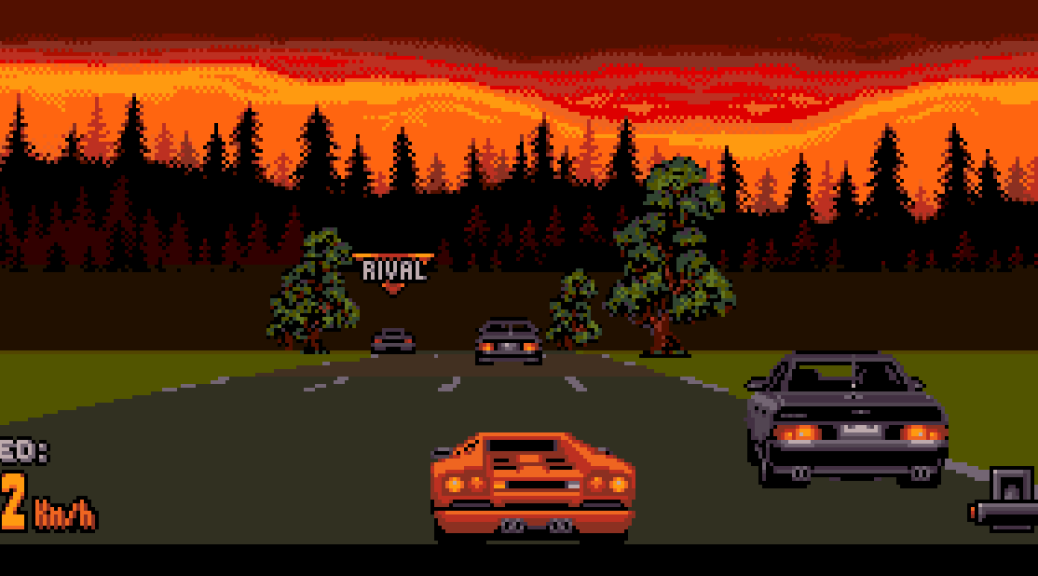 Published by Titus in 1994, Lamborghini American Challenge is a decent 2D racing game originally published on the Amiga under the title Crazy Cars III.

This ‘upgrade’ to the Crazy Cars franchise adds a split-screen two-player mode and various other minor enhancements. The basic premise stays the same though: illegal street racing throughout the entire United States; earning cash from winning, and from betting on races with other drivers.

The races are divided into three leagues, each with progressively harder drivers to beat, and the idea is that you continually tweak, tune and add upgrades to your Lamborghini Diablo in order to stay competitive to your rivals. You’re also trying to stay one step ahead of the law, and not get stopped and arrested, so adding radar to your car can give you a warning of police activity, so you can slow down and not draw their attention (easier said than done, though).

Each stage has different scenery, and of course a different layout. Most courses undulate nicely, have tunnels, and cool sunsets. Most importantly: the sensation of speed is very good. Lamborghini American Challenge is decent on the CD32. Controlling the car feels good (when you get used to it), and winning races feels even better – because it’s challenging, without being too easy. 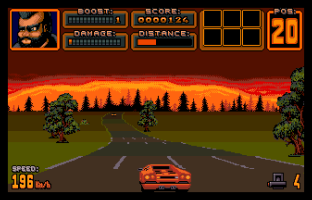 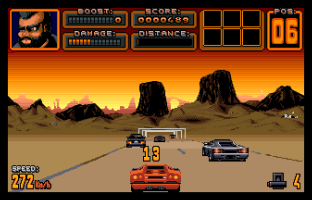 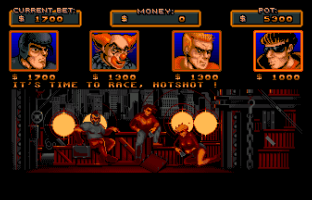 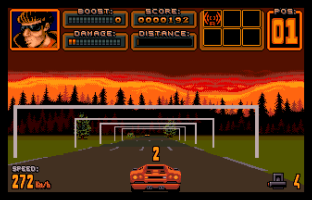