Uridium 2 is the sequel to Andrew Braybrook‘s classic Commodore 64 shooter, published on the Amiga in 1993 by Renegade Software, and it really is quite excellent.

The basic premise of the game is the same as the original: fly your ship (the Manta) over a variety of big spaceships (dreadnoughts), blasting surface features, shooting down other craft, and landing on a designated runway when the time is right (usually after the last attack wave has passed). Once you’ve landed you then engage in a separate minigame which is a single screen shooter in which you must send in a drone to destroy the dreadnought’s core. Succeed in doing that and the enemy ship explodes, moving you onto the next one.

The graphics and scrolling are beautiful – as is the general control of the Manta. Just like in the original Uridium: the Manta in Uridium 2 can tilt onto its side (to squeeze through smaller gaps), and can even fly upside down (which you couldn’t do in the original). You can’t land when your ship is tilted, though. Unlike the original: in Uridium 2 you can pick up better weapons by shooting stuff and flying into the dropped power-ups. You can even drop a weapon you don’t like by waggling the joystick side to side. Which is a nice touch.

Other nice touches include: the female digitised speech (voiced by Emma Cubberley), the bombs (great fun!), the gigantic explosions when the ships go up (not quite as dynamic as the speedy acidic melting of the original, but still good nonetheless), the A1200 “Mayhem Mode” (an extra “Bullet Hell” type mode, for the Amiga 1200 only, with more on-screen sprites than the regular version, and a faster-moving ship), and an excellent two-player cooperative mode.

Uridium 2 has a lot going for it. It’s a worthy successor to the classic Uridium, and arguably the best shooter on the Amiga. The presentation throughout is top quality and the action is engrossing and challenging. Uridium 2 isn’t perfect though. I prefer the ‘reaction’ minigame of the original to the core shooter of the sequel, but that’s just down to taste. The ‘core’ shooter section does improve and become more interesting as the game progresses (because the core’s defences increase as you reach higher levels), although the control of the drone in the core is a bit too ‘bouncy’ for my liking. It’s a minor gripe, though. Uridium 2 is still well worth a play if you can find a copy. 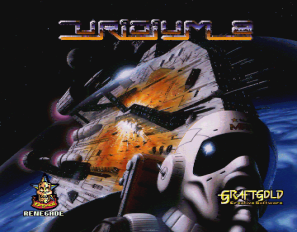 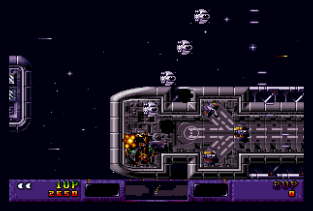 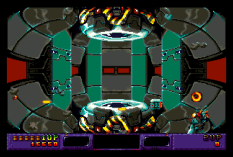 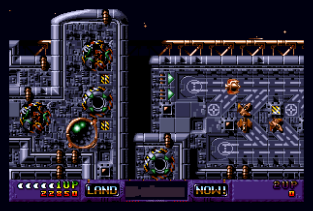 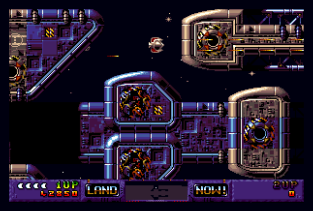 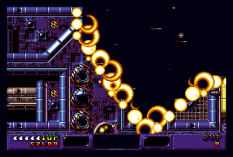 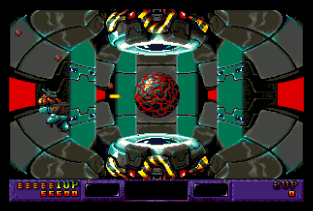 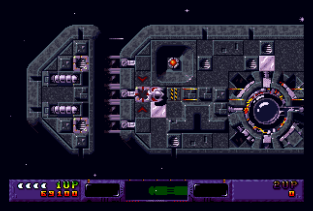 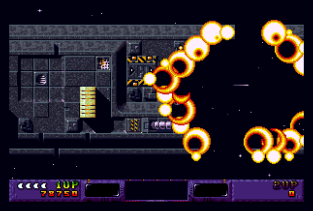 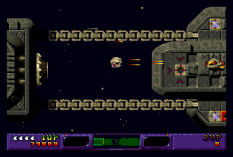